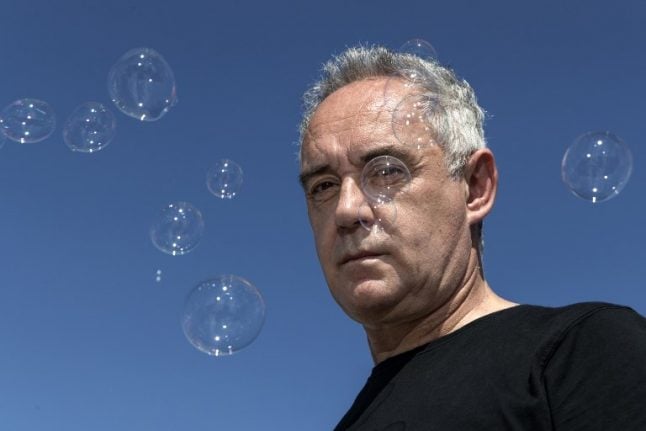 The Catalan — whose elBulli restaurant was named the best on the planet a record five times — is out to prove that the wildly experimental dishes he pioneered there still cut the mustard.

In the seven years since he unexpectedly shut the legendary Costa Brava restaurant, with 3,000 people still on the waiting list for a table, simpler more earthy cooking has come into vogue.

But the father of molecular cuisine, who brought the world the idea of “mandarin air”, eating smoke, caramelised quails, trout egg tempura and any number of foams and emulsions, told AFP that he has not stood still.

“I have not stopped working” nor experimenting, he said, since he shuttered elBulli, which held the maximum three Michelin stars.

Back then Adrià admitted that he was feeling a little jaded.

But as he explains in a new 15-part documentary series about his incredible rise from dishwasher to culinary superstar, “elBulli: Story of a Dream”, which begins on Amazon Prime on Monday, he has well and truly got his mojo back.

It is just that he doesn't want to go back to cooking at the stove day and night.

“It makes no sense for me to open a restaurant,” he told AFP. “Why would I do that?

“Almost all the greatest chefs in the world — with a few exceptions — no longer actually cook. They taste, direct and conceive,” he said.

Adrià has, however, helped his brother Albert to open six establishments in Barcelona, of which one, Enigma, he described as a “baby elBulli”.

It came 95th in the latest “50 Best” world restaurants list.

Instead he teaches at Harvard university, gives advice, and runs the elBulli foundation, funded by €12 million euros of private capital from the Spanish giants Telefonica and CaixaBank and the Italian coffee company Lavazza.

A natural enthusiast every bit as whimsical and surprising in the flesh as his cooking, Adrià is more concerned about bringing on the next generation of master chefs.

He had a big hand in forming the trio of talents who have replaced him at the top of the global gastronomic tree: fellow Catalan Joan Roca (of El Celler de Can Roca in Girona), Italian Massimo Bottura (of Osteria Francescana in Modena) and the Dane Rene Redzepi of Noma fame. “I'd say 95 percent of the restaurants I have helped have been successful,” he added, acknowledging that he has worked with the Spanish chef Jose Andres of the Minibar in Washington DC, which has two Michelin stars.

Adrià — who is still only 56 — is also working on a gastronomic innovation centre on the site of the old elBulli at Cala Montjoi, which is due to open five years behind schedule next year.

Rather than a molecular cuisine, he prefers to call his cooking “techno-emotional”.

“They say that I am out of fashion, that no one makes 'espumas' anymore (his light-as-air mousses). But thousands of restaurants across the world now use siphons,” said the “alchemist” The Guardian once called “the most imaginative generator of haute cuisine on the planet.”

He said his mission at elBulli's was to discover “the limits of the gastronomic experience”. In 17 years there he created 1,846 recipes, including a “crispy liquid”, a mousse of white beans and sea urchins and powdered foie gras.

Adrià said he hopes the new Amazon series — based on a previous television series about his work — will help demolish some of the myths about elBulli, which sparked controversy because of its use of chemical additives.

“Salt is a lot worse for the health than any stabiliser,” he hit back.

Another of his new passions is a project he calls his  “Bullipedia”, an enormous gastronomic encyclopedia for which the autodidact has plunged himself into studying 400 years of French cuisine.

“It is one of my big sources of inspiration” at the moment, with Chinese, Mexican, Peruvian and Japanese cooking.

While the British and American press like to see Adrià as a symbol of the new hegemony of Spanish haute cuisine over the French, he told AFP that he was a “child of French nouvelle cuisine”, citing Michel Guerard, the Troisgros clan, Paul Bocuse and Alain Chapel as his main influences. 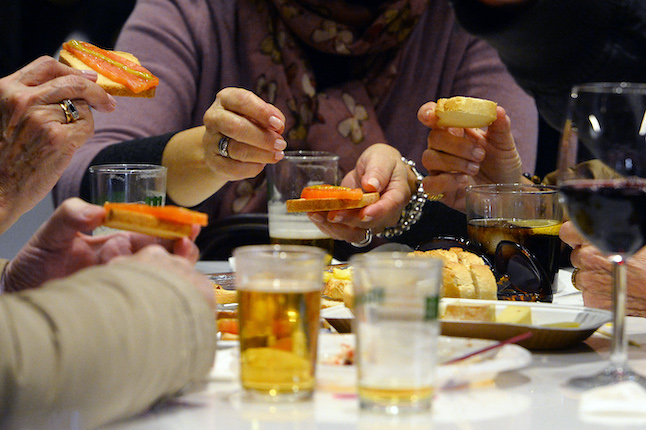 FOOD & DRINK
Where can you get free tapas in Spain? 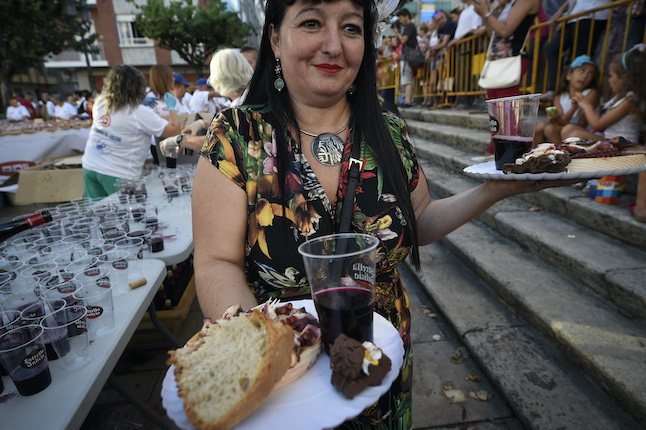