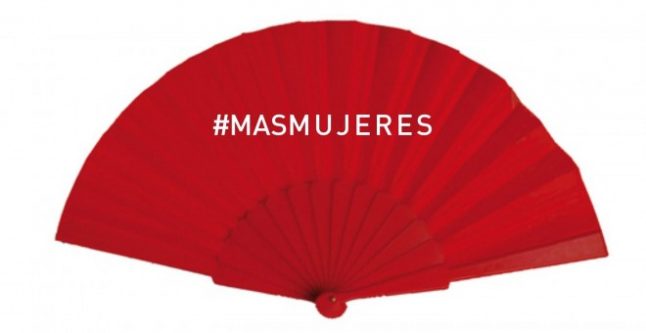 Stars will be invited to carry red fans at Spain’s most prestigious cinema awards ceremony in Madrid on Saturday evening as part of the #MasMujeres (More Women) campaign highlighting the inequality in the Spanish film industry.

Spain’s Association of Women Filmmakers and Audiovisual Media (CIMA) will distribute red fans with the slogan #MasMujeres at the 23rd edition of the awards on February 3rd.

The initiative is a direct consequence of the Hollywood movement which has grown since the Harvey Weinstein sexual abuse scandal came to light in October.

The association said their Hollywood counterparts  “had raised awareness of the inequality within the world of cinema, they’ve made accusations, they’ve taken the initiative to get more women's projects, they have spoken to each other and they have verbalized what surely many people knew, but kept silent: that in the film industry, sexual harassment was and is a widespread practice”

Although the Spanish film industry has not yet seen the sort of revelations that have rocked Hollywood in recent months, the association said the same problems existed within Spain.

“Unfortunately, the Spanish film and audiovisual industry is not exempt from this reality and, like our colleagues in the United States, we believe that the time has come to say enough is enough,” CIMA said in a statement.

This year, of the five films nominated for the top prize, three have lead female protagonists and two are directed by women. Yet in eight prize categories no women are nominated.

Meanwhile a collective of Spanish women in the arts has been campaigning on a #MeToo platform to highlight sexual harassment within Spain’s cultural establishment.

Pandora’s Box, a group made of more than 3,000 women, staged a demonstration outside Madrid’s Reina Sofia museum on Tuesday to call on institutions to establish “protocols, pacts and agreements to protect life and enable women to develop with dignity and freedom”.

The group is collecting experiences of sexual abuse, gender intimidation and sexism by its members on a private Facebook group and said it was preparing to take action.