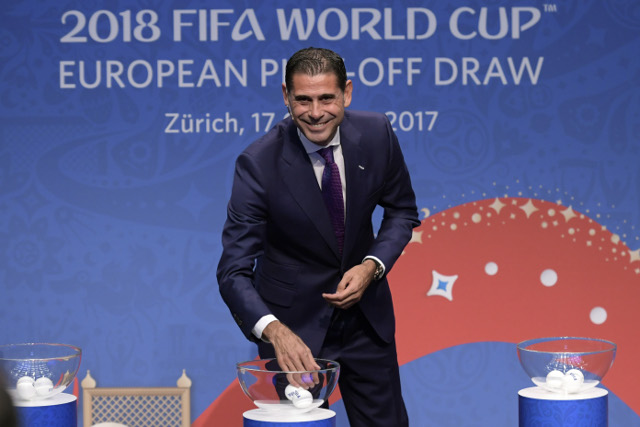 The Real Madrid great, who ended his playing career with Bolton Wanderers, played his part in Spain's most successful ever era as sporting director between 2007 and 2011 as La Roja won Euro 2008 and their only World Cup in 2010.

“After a board meeting held today, Hierro has been named sporting director of the RFEF,” the Spanish federation said in a statement.

After leaving the federation in 2011, Hierro had brief spells as Carlo Ancelotti's assistant at Real and in charge of second division Real Oviedo.

However, his return seven months ahead of next year's World Cup in Russia is seen as an important step in easing tensions between key players in the national team and those at the head of the federation following the arrest of long-standing president Angel Maria Villar in July on corruption charges.

Sergio Ramos, Gerard Pique and Sergio Busquets were among those reported to be furious at the sacking of Maria Jose Claramunt as Spain's team director last month.