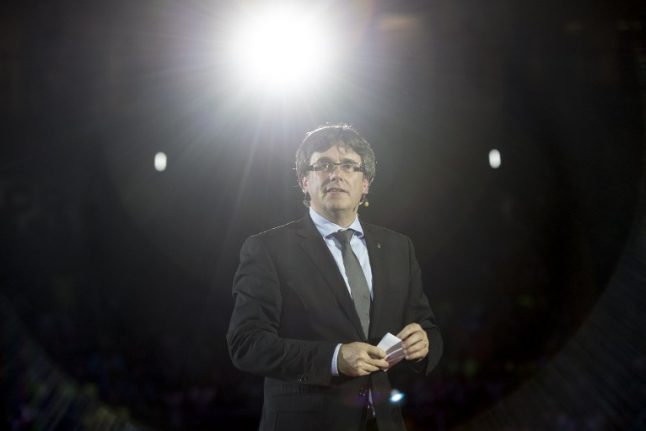 Catalan president Carles Puigdemont was mayor of Girona between 2011 and 2016.

The operation comes amid mounting tensions as Catalan leaders press ahead with preparations for an independence referendum on October 1 despite Madrid's ban and a court ruling that deems it illegal.

Spain's Guardia Civil police force said it was carrying out searches at 15 places in Girona, a city some 100 kilometres (60 miles) north of Barcelona where Puigdemont served as mayor between 2011 and 2016. The searches are part of a probe into “suspected illegal activities which could involve the crimes of fraud and breach of trust regarding the awarding of a water supply contract,” police said in a statement.

The operations centres on the activities of Girona water supply company Salt i Sarria, it added.

The probe concerns the activities of the water company when Puigdemont was mayor of Girona, according to conservative daily newspaper La Razon which splashed the investigation on its front page.

Prosecutors have demanded that police seize all materials which could be used to stage the referendum such as ballots, ballot boxes and posters and fliers promoting the vote.

They have also opened a criminal probe into the over 700 Catalan mayors who have offered to help stage the referendum.

About 40 mayors have been formally summoned to be questioned as part of this investigation, three of them on Tuesday.