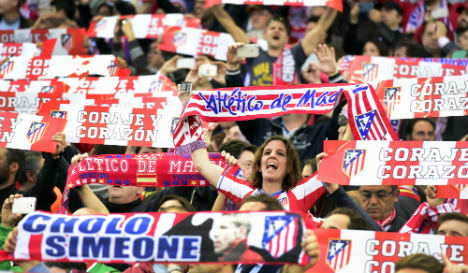 A total of 218 flights – or more than 46,300 seats – have been added to the regular 105 routes between Madrid and the two airports serving Milan from Thursday until Monday, it said in a statement.

“The predicted increase in activity will see a special plan of action put in place in the airport to reinforce the usual assistance given to airlines and passengers, which involves close to 150 people,” it added.

This includes services such as reinforced security checks, cleaning and the handling of taxi lines.

The final on Saturday pits Real Madrid against Atlético Madrid.

This is the second time that both teams have faced off in a Champions League final.

In 2014, Real beat Atlético 4-1 in Lisbon in the only other final between two sides from the same city.