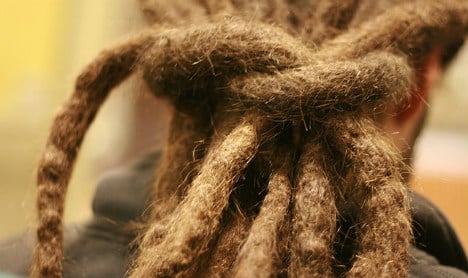 The photograph spoke a thousand words; an image of one of the new lawmakers from the radical left Podemos party casually strolling through Parliament while a po-faced Mariano Rajoy looked on.

The party won 71 seats and has promised to upend Spain’s traditional political system from within starting with the swearing in ceremony when Podemos MPs changed the usual oath by promising to “abide by the Constitution and work to change it.”

READ: Younger, scruffier, and with a babe in arms: This is Spain's new elite

But it wasn’t just their politics that caused consternation amongst the old guard.

“I don't care if they have dreadlocks. But I want them clean so that they don't give me lice,” Celia Villalobos, the deputy speaker from the conservative Popular Party, said in an interview with state broadcaster TVE.

Her misguided quip immediately sparked a furore and a chance for Spanish media to discuss whether dreadlocks did indeed pose a hygiene problem.

It also gave Podemos the perfect opportunity to point out the political corruption scandals that have embroiled the Popular Party.

“What actually harms the health of a political party is corruption,” countered Iñigo Errejón, the number two of Podemos.

While another dreadlocked congressman took the insult more personally.

“If only the party of Celia Villalobos was half as clean as my rastas” responded Miguel Ardanuy, another of the Podemos MPs to sport dreadlocks.

Rodríguez, the MP pictured with Rajoy, eventually responded on Friday although he refused to discuss his actual hair-style choices.

“The lack of respect shown to us at the opening session of parliament confirmed exactly what stuff these people are made of,” he said of the personal comments made about him from Villalobos.

And of the now famous photograph of himself and Rajoy, he told the local newspaper Opinion de Tenerife: “I think his face clearly shows that he has not understood that this is a new political era, a new time, and that parliament is no longer the preserve of the few”.