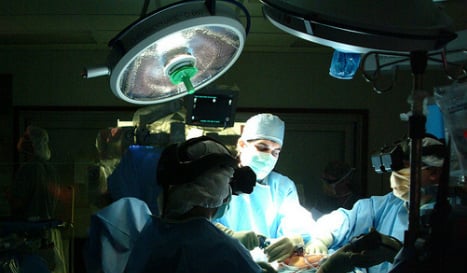 The needle was trapped in the woman's body for over three decades. Photo: ArmyMedicine/Flickr

The woman, who has not been named, discovered the surgical needle in 2009, and this week a Valencian court ruled it was “most likely” lost during an episiotomy when she was giving birth in Valencia’s Hospital La Fe in 1977.

The Consell Jurídic Consultiu (CJC) ordered Valencia’s regional government to pay the compensation to the 61-year-old woman, for the four days of temporary disability she suffered while having the needle removed but rejected her claim that she had spent “32 years in pain” because of the needle.

The medical implement was discovered when the woman went for a check up in 2009 after complaining about pain in her right hip. Doctors noticed a dense metal substance and a CT scan confirmed that she had a surgical needle trapped in the perianal area.

While the court’s medical inspector could not categorically prove how the surgical needle came to be inside the woman, he found it was “most likely” misplaced during the 1977 birth.