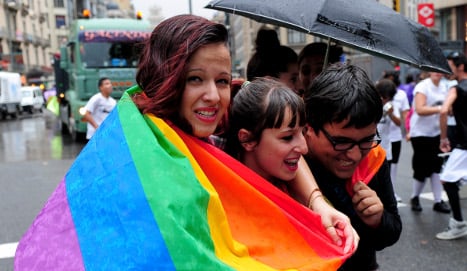 While Spain remained in the top ten of the annual Rainbow Europe rankings of rights for LGBTI people, it fell from third place last year to sixth place this year as other countries made greater strides in gay rights.

Spain was surpassed by Malta, Sweden and Croatia in this year’s ratings of equality for LGBTI people. The report rated countries based on several categories related to LGBTI rights, including equality in marriage, adoption rights and protections against discrimination.

Rainbow Europe rated Spain’s level of equality to be 69 percent, down from 73 percent in 2014.

However, a spokesperson for ILGA-Europe, which conducted the study, told The Local that the difference in rankings did not mean the situation in Spain had changed drastically for the worse. He explained that the group took into consideration different factors this year, such as more intersex rights.

“It’s not a reflection that the situation is getting worse,” ILGA-Europe spokesperson Juris Lavrikovs told The Local.

“Overall being at sixth place is still a very respectful position.”

Lots of legal and policy change = lots of movement on our #rainboweurope 2015 ranking, just have a look: pic.twitter.com/9mcXXTyhtc

The report pointed to major improvements taken in Malta as to why that country leapt forward in the ratings – it jumped from 11th place last year to third place.

Malta last year granted constitutional protection against discrimination based on gender identification. The country also became the first in the world to enact legal provisions protecting the human rights of intersex people – people born with anatomies that do not fit typical male or female definitions.

In Spain, Lavrikovs said that there is no national law protecting intersex people against hate crimes and the country does not protect against medical correction on intersex-born babies.

The United Kingdom remained at first place with a rating of 86 percent equality, followed again this year by Belgium.

Spain was rated the most gay-friendly country in the world in 2013 and least homophobic country last year, according to Pew Research Center. It was also an early supporter of gay rights legislation such as same-sex marriage and adoption, both of which have been legal in the country for a decade.

Andalusia became the second region in Europe last July to allow transgender people to establish their correct gender without medical diagnosis or legal authorisation. Lavrikovs told The Local that this set an important example for the rest of the country and for the continent.

“It sends the message that it’s possible, it’s doable and this is how it should be done,” he said.

See also: Five reasons why it’s good to be gay in Spain

Can you guess where your country is on our 2015 Rainbow Map? Check, compare, share! #rainboweurope pic.twitter.com/7JZgCRfNMi

Still, the report pointed to various areas where the country could improve, including how high-profile individuals discuss LGBTI people, such as when a cardinal reportedly called homosexuality a “defect”.

“Reports of homophobic and transphobic discourse by political and religious authorities is another unfortunate recurring feature of our Annual Review, from Armenia, Belarus and Moldova, to Spain and Cyprus,” the report stated.

“That being said, 2014 did witness something of an evolution, as individuals and groups willing to challenge these hierarchical views emerged.”

The report also highlighted that recent police reports had shown that LGBT individuals were the largest targets for hate crimes.

On the other hand, the report praised Catalonia’s new law that more harshly punishes homophobic and transphobic hate crimes, with fines of up to €14,000 and the burden of proof placed on the alleged attacker.

Spain also made some important legal decisions for LGBTI people in the past year, according to the report. The government committed to allowing same-sex Spanish couples who have a surrogate child abroad to register as the child’s parents. A court also granted parental rights to the non-biological mother of a child, who had not been married to the biological mother, after the couple broke up.

NGOs had argued that heterosexual couples are granted parental rights without being married.

The report also pointed out an agreement made last year between Spain and Russia that said that Russian orphans could not be placed with single or same-sex couples.

The country also seemed to have some improvement to make for medical rights of LGBTI people.

NGOs complained when the Ministry of Health, Social Services and Equality said they would not reimburse people for a hormonal treatment drug essential for transgender men going through gender transition.

While one insurance company launched a service for HIV-positive people, regardless of their sexual orientation, other companies made it more difficult for people to receive sufficient coverage.

Despite a 2013 decision by the federal government that women receiving fertility treatment could only be reimbursed if they had medical reasons, regional governments in Andalusia, Asturias, the Basque Country, the Canaries, Catalonia and Extremadura all decided to reimburse single and lesbian women out of their health budgets.

The countries rated lowest on the index were Armenia at 9 percent, Russia at 8 percent and Azerbaijan at 5 percent equality. 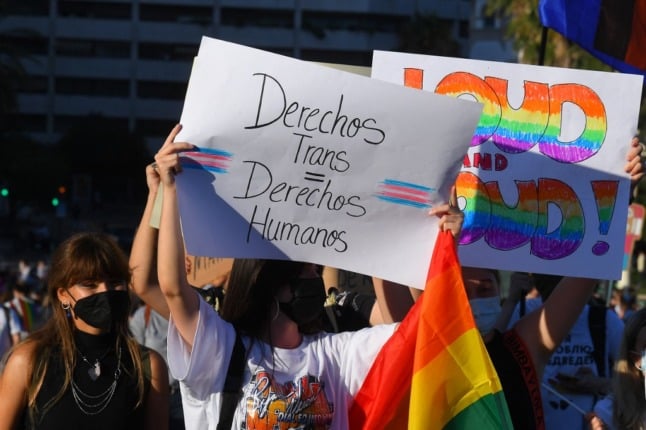