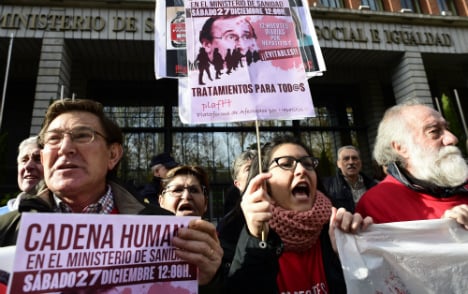 People infected with the virus have been occupying the October 12 Hospital in southern Madrid for a week demanding the government authorise doctors to prescribe the drug more widely.

On Saturday several hundred patients and their backers, yelling and waving banners, took their protest to the gate of the health ministry, which they accuse of not spending enough to make the drugs available to all who need them.

"If they do not give us the latest generation medicines, we will die," said one sufferer, Antonio Fernandez, 59, at the demo by the Platform for Hepatitis C Sufferers.

The group says 12 people die each day from hepatitis C in Spain, where it estimates hundreds of thousands of people are infected.

The new hepatitis drug sofosbuvir — marketed under the brand Sovaldi — was approved for use in Spain in November but the group says the authorities have only spent enough to provide the drug for about 5,000 patients.

"It is trickling through," Fernandez said.

There is currently no vaccine for hepatitis C, which is caused by a virus that can be caught from contaminated blood and can lead to chronic liver disease.

A spokeswoman for Spain's health ministry told AFP that prescribing the drug depended on clinical criteria, not on budgets.

The ministry said in a statement on December 23 it was consulting experts "to ensure access for patients to the treatments they need in line with clinical criteria".

But the protest group accused officials of blocking access to sofosbuvir to save money.

"This is a very serious problem with a very simple solution. It is an economic matter," Fernandez said.

The drug has a 95 percent success rate, according to the group, but it reportedly costs tens of thousands of euros per patient.

Spain's conservative government has made tough public spending cuts in health and other sectors to stabilise the public finances in the recent economic crisis.

Spain's overall national health spending declined from €70 billion ($88 million) in 2009 to about €53 billion in 2014, according to government figures. 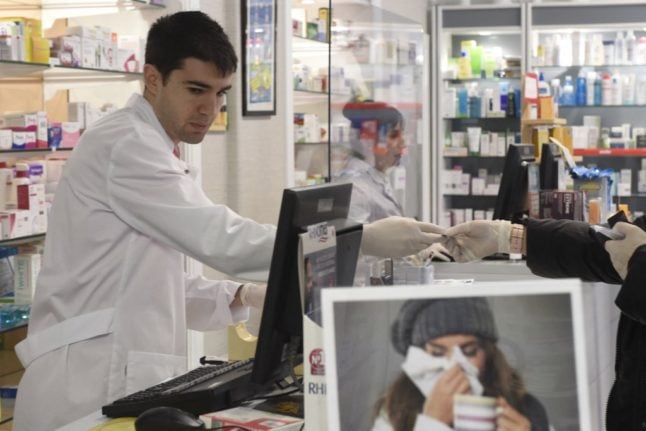