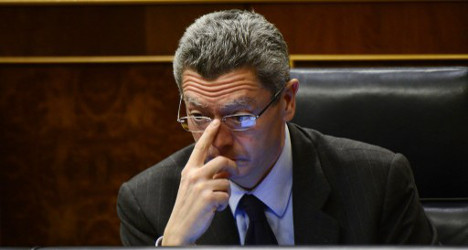 Gallardón has also been criticized in recent days for pardoning a Civil Guard officer who filmed his friend sexually harassing a woman. Photo: Javier Soriano/AFP

Alberto Ruiz Gallardón, who has the same name as his father, drove into another car in a central Madrid street on Saturday night, Spanish daily El Mundo reported.

Although nobody was injured in the incident, Gallardón Jnr. decided to speed off after initially getting out of his car to check the damage done to both vehicles.

The other driver got behind the wheel immediately too in a bid to chase the escapee down and get all the necessary details for his insurance claim.

His pursuit was all but in vain as he watched the runaway disappear into a garage. He had however managed to jot down his vehicle’s registration number.

Unaware of who he was dealing with, the disgruntled driver called police and passed on the driver’s details.

Officers met the man outside the garage and were soon able to determine the car belonged to none other than the son of Spain’s Justice Minister.

They then knocked on the fugitive’s door but were met by two bodyguards who denied that the vehicle they were looking for had been recently parked in the garage and claimed the suspect wasn’t there.

El Mundo has since contacted Alberto Ruiz Gallardón Senior; he refused to comment on the matter.

Witnesses at the scene of the accident have since told El País that the driver was "evidently drunk" and nearly ran a woman over as he zigzagged down the street.

Other Spanish news sources are now also reporting it may have been Gallardón's younger son who was driving rather than the older sibling.

She was fined by traffic police on Madrid's emblematic Gran Vía and sped off moments after, knocking over a police motorbike.

To many Spaniards both hit-and-run incidents encapsulate the ‘above the law’ attitude of the country’s political elite, at a time when corruption scandals tainting both the right-wing PP and left-wing PSOE rarely result in legal action or resignations. 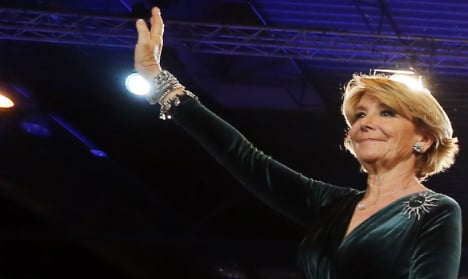 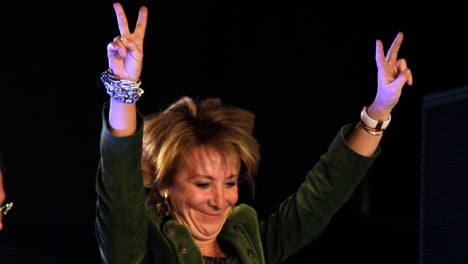