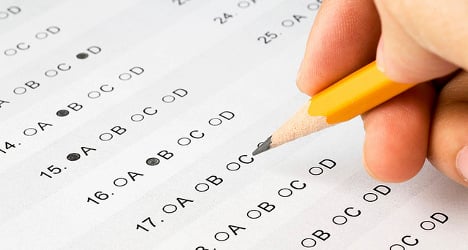 Currently individual judges in Spain set their own criteria for assessing whether applicants should be awarded Spanish citizenship. Photo: Alberto G./Flickr

Justice Minister Alberto Gallardón said the "driving-license style" scheme was necessary because individual judges were currently applying their own criteria when deciding whether to award people Spanish citizenship.

At present, there is no standard way of assessing whether applicants fulfill the criteria for citizenship.

Some judges only ask that applicants have a certain level of Spanish to find out if they are "integrated into Spanish society". Other judges, meanwhile, also test applicants on their knowledge of Spanish culture, Spain's 20 minutos reported on Wednesday.

This has led to situations like that of Magou Ndoye, a Senegalese man living in the southern Spanish city of Almería who saw his 2013 application for Spanish citizenship denied because he did not know the name of the wife of the Spanish Prime Minister Mariano Rajoy.

To avoid other similar cases, Gallardón now wants all citizenship applicants to complete a culture test and to sit a DELE A2 language test, run by the government's official language and culture body the Instituto Cervantes, which is the Spanish equivalent of the UK's British Council.

The DELE A2 exam tests students ability to "understand commonly-used everyday phrases and expressions related to areas of experience especially relevant to them".

They should also be able to provide "basic information about themselves and their families, shopping, places of interest, occupations, etc", according to the Instituto Cervantes website.

Immigrants from Spanish-speaking countries would be exempt from doing the language test, as would people with disabilities, and applicants who are illiterate.

The Ministry of Justice will produce a manual outlining the test requirements for all applicants, Gallardón said on Wednesday.