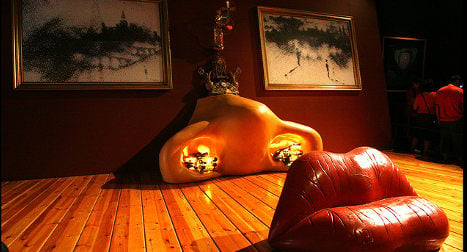 Dalí's Theatre-Museum is the largest surrealistic exhibit in the world. Photo: Kurtxio/Flickr

Tourism may play a big part in Spain's economy but the Spanish themselves are not avid travellers.

According to a study by UNED University, nearly half of the Spanish population has never been abroad and one in ten has never left their province.

Unsurprisingly then, 80 percent of Spaniards will stay at home or close by this Easter.

Those who do go on holiday will probably take to the road and head to the closest beach.

But if you're planning to be in Spain over the spring break and want to try out something or somewhere new, we've got TEN OFFBEAT PLACES IN SPAIN for you to check out.

From kayaking in Navarra to raving in an electro-ski festival in Andorra, there’s plenty going on around Spain to tempt you away from the comforts of your home.

The Local has picked out ten alternative trips to make your Holy Week one to remember.