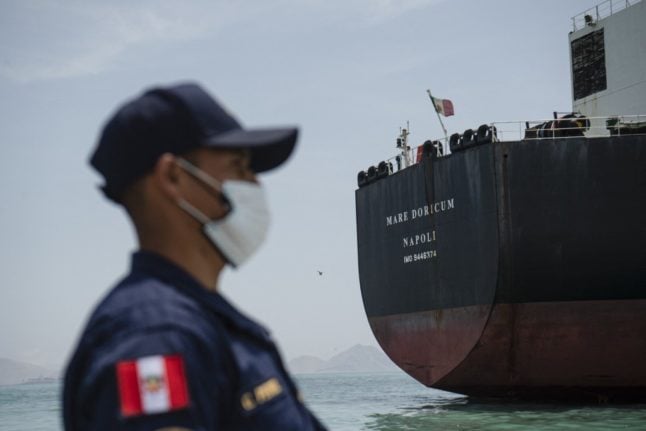 A Peruvian navy officer stands in front of the Italian oil cargo ship, Mare Doricum, which caused the oil spill while unloading at the refinery belonging to Repsol in Lima. Photo: ERNESTO BENAVIDES/AFP

Almost 12,000 barrels of crude spilled into the sea off Peru in January 2022 as a tanker unloaded oil at a Repsol-owned refinery.

Peru said more than 700,000 people were affected by the spill which forced the closure of 20 beaches and dozens of tourism businesses.

At least 5,000 fishers and shopkeepers lost their livelihoods.

Repsol had blamed the spill on freak waves caused by a volcanic eruption more than 10,000 kilometers (6,200 miles) away near Tonga.

The three new fines worth a total of $5.7 million were for “administrative responsibility,” the Environmental Assessment and Monitoring Agency (OEFA) said in a statement.

Repsol previously received fines worth $10.7 million in October and $1.25 million in July for a variety of offences such as reporting false information, not doing enough to contain or clean up the spill, and failing to identify areas affected by the spill.

The OEFA said the latest fine was for failing to supply “required information” relating to the environmental damage caused by the spill.

Repsol and five other companies also face civil lawsuits in Peru for $4.5 billion in damages to the environment and individuals.

On its website, Repsol Peru says that its La Pampilla Refinery, where the spill took place, had signed compensation agreements with more than 3,200 families and others affected, including ice cream and umbrella vendors as well as motorcycle taxi drivers. 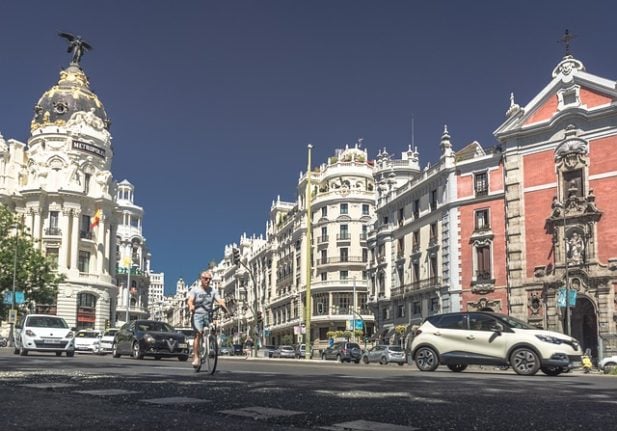