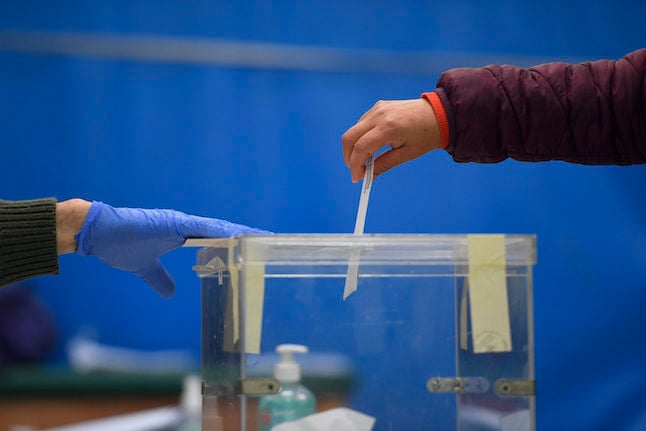 Spain and Britain have a mutual recognition agreement on voting in local elections. But many Britons in Spain might not realise that they also need to register in order to be able to vote. With elections coming up in 2023, here’s what you need to know.

Generally speaking, if you’re a non-EU citizen, you cannot vote in elections in Spain or in the EU. However, according to Spain’s National Statistics Institute (INE), Spain does have bilateral agreements with Norway, Iceland, Bolivia, Cape Verde, Chile, Colombia, Ecuador, New Zealand, Peru, Paraguay, South Korea, Trinidad and Tobago and, as of 2022, the United Kingdom.

British citizens residing in Spain are still entitled to vote and stand for municipal elections in Spain under similar conditions as they had been able to when still EU citizens.

Following Britain’s withdrawal from the European Union, however, British citizens now do not have the right to vote in elections to the European Parliament, and still can’t vote in national elections.

However, despite the agreement between Britain and Spain – which also protects the voting rights of Spaniards in the UK – many Britons might not realise that they have to actually register to vote, and quite possibly do it more than once.

With municipal elections next coming up in May 2023, it’s important to understand what you need to do in order to vote (or run) in your local election.

It’s important to note that not everyone from the UK can vote in these municipal elections. You must meet a certain set of criteria to be able to do so. These are:

As a British citizen living in Spain, the reciprocal agreement between Britain and Spain is not enough. Whereas EU citizens need only register once in order to be able to vote in local elections, British citizens have to register for each election.

The next set of upcoming elections is on May 28th, 2023 and many people might not know that they must reregister for every election they intend to vote in – not just once as they did when they were EU citizens.

The INE states that Britons must register any time between December 1st 2022 and January 15th 2023 to be eligible to vote in the May 28th elections.

There are several areas in Spain with strong concentrations of British residents. As a result, Britons can actually have a significant sway over local election results in Spain.

Though according to Spain’s national statistics body, INE, there are 282,124 Britons living legally in Spain, the Spanish government’s Migration Ministry puts that number at over 400,000 and around a quarter of them live in the province of Alicante. If we take Benidorm for example, where the 3389 Britons make up almost 5 percent of the 69,118 total inhabitants, the British vote could potentially have a significant effect on elections there.

After Britons, it is the Colombian and Ecuadorian communities that have the biggest foreign electorates in Spain, both with around 140,000 registered residents. Romania and Morocco, the citizens of which both outnumber Britons in Spain, do not have mutual voting agreements with the Spanish government and cannot vote in municipal elections.