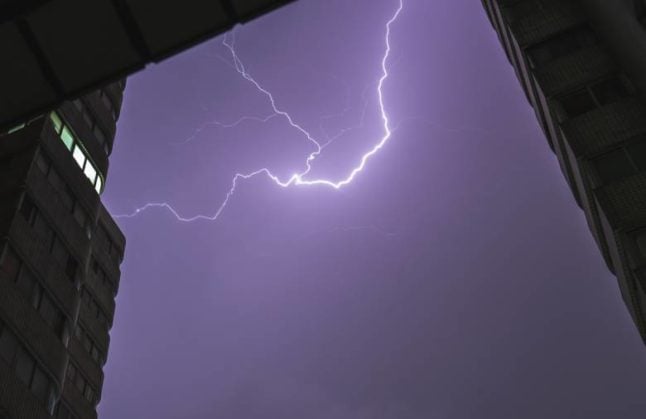 The storm, which began late on Friday, battered the eastern coastal region with high winds and heavy rain, with the downpour intensifying early on Saturday.

“Valencia airport’s runway is no longer operational after being hit by lightning. Repair work will start as soon as possible,” Spain’s airport operator AENA said on Twitter.

Spain’s air traffic control authority Enaire said all flights in and out of the airport had been suspended due to the storm.

“Heavy thunderstorms over Valencia airport have forced the suspension of all take-offs and landings,” it tweeted.

According to information posted by Valencia airport, at least nine incoming flights were diverted to alternative airports in Alicante, Barcelona, Ibiza and Madrid.

Flights were initially halted after the runway was waterlogged, the regional emergency services wrote on Twitter, citing airport officials.

“Valencia airport has had to close the runway due to water accumulation, according to the airport’s operations centre,” it said.

Footage reposted on Twitter by Valencia airport showed fast-moving floodwaters surging down a nearby road, washing over the bonnet of a parked car, while another clip showed hailstones hitting a plane.

Air traffic controllers said the airport was not expected to reopen until 5:00 pm (1600 GMT). 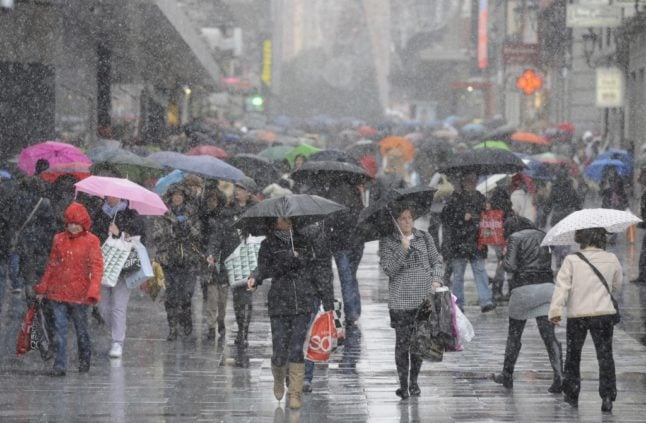 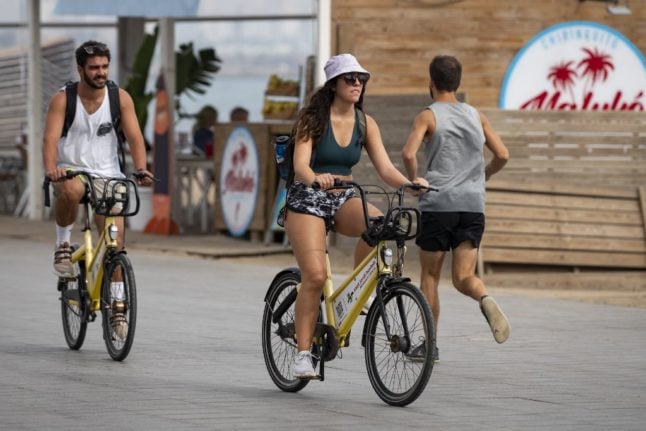 The rainy and windy weather Spain has experienced in recent days will give way to a cold snap on Friday, officially waving goodbye to the unusual veranillo (little summer) the country has had in October and November.

A maritime polar front will sweep through Spain over the course of the weekend, and although the mercury won’t drop below zero in most places, it will be considerably colder than it has been, especially in the centre and north of the country.

“It is probable that in the coldest places in the country temperatures can drop even below -5ºC,” said Rubén del Campo, of Spain’s national weather agency AEMET.

“The drop in temperatures will be gradual, cold air will start in the north of Spain and make its way south, with minimums expected in the evening,” renowned Spanish weatherman Roberto Brasero added.

According to Spanish weather website eltiempo.es, some parts of Aragón in northeastern Spain will see the mercury drop between 8C and 9 C and 6C in other regions such as Murcia, Catalonia, La Rioja and throughout central Spain.

Temperatures in inland cities such as Madrid, Cuenca, Logroño, Palencia and Salamanca will not exceed 12C during the day, while in the Canary Islands there will be a more moderate drop in temperatures.

The thermometer will hover between 13C and 17C in most of Andalusia during the day on Saturday and Sunday.

People in other cities in Spain’s interior such as Ávila, Soria, Burgos, Teruel, Toledo, Albacete, Valladolid and Pamplona will have to wrap up warm as temperatures below 5C are forecast.

Snowfall is also expected in the northeast and centre of the country at heights of 1,100 metres above sea level.

Madrid authorities have announced a ‘snowfall plan’ which includes the quick deployment of snowplows, tens of thousands of tonnes of salt and more than 600 emergency workers, with the capital not keen for a repeat of the damage caused by Storm Filomena in January 2021.

The rainy weather will also continue in northern Spain and heavy rainfall will fall in the Balearic Islands on Saturday.

Although this cold snap won’t last long, it will still seem like a breath of fresh (and cold) air for people in Spain, who since May have endured hotter weather than usual for the time of year.

It was the hottest month of October since 1961, the summer saw three intense heatwaves that caused record heat-related deaths and wildfires and the country recorded the second earliest heatwave in its history in May.

READ ALSO: October 2022 was the hottest in Spain since records began 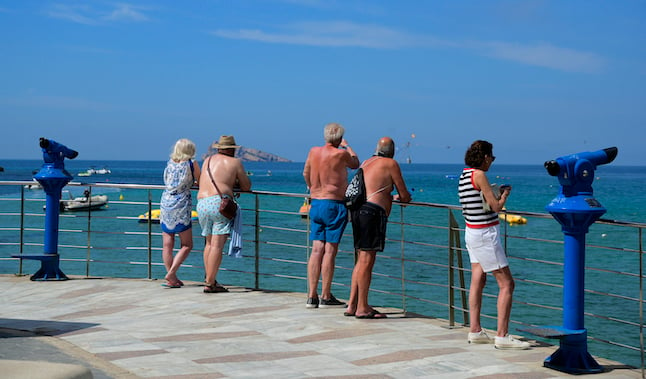 WEATHER
34C and it’s nearly November: Is this the hottest October on record in Spain?