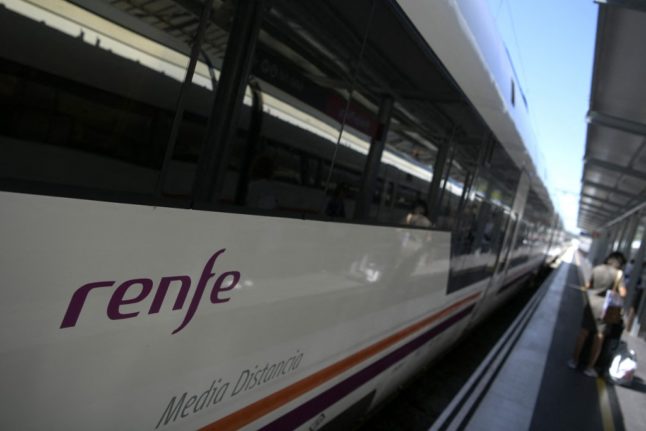 Trade unions representing workers on Spain’s state-operated rail network Renfe have called-off planned strike action that was set to delay thousands of passengers across Spain on walk-out days in October and November.

The unions representing rail workers, the General Union of Workers (UGT), the Workers’ Commissions (CC.OO) and the Spanish Union of Railway Drivers (Semaf), stopped the proposed strike action after their latest round of meetings with Renfe bosses had a breakthrough, with the company committing to step-up negotiations for a new collective bargaining agreement and setting a schedule for future meetings.

This comes after a year of what the Spanish media has called a ‘block’ on progress, and the President of Renfe, Isaís Táboas, announced last week that following new government measures, the company is able to increase salaries by more than 2 percent.

“The company [Renfe] is committed to intensifying the negotiations, setting a schedule of meetings to develop points of the Third Collective Agreement on which agreements have not been reached, which added almost a year of delay to the dialogue,” CCOO announced in a statement.

Strike action was called initially for three reasons, according to unions – the lack of trains, the lack of drivers, and the fear that Renfe will transfer its powers first to Catalonia and, later, to other regions across the country.

In future talks, how salary increases put forward in an agreement signed recently on behalf of Civil Service workers by CCOO and UGT with Spain’s Ministry of Finance are implemented will be discussed. The agreement outlines a salary increase of 3.5 percent for 2022, applied retroactively from January 1, 2022, as well as pay increases for 2023 and 2024, which could amount to 3.5 percent and 2.5 percent respectively, and the regularisation of the application of the 35-hour working week on an annual basis.

According to unions, Renfe has also committed to eliminate income categories, which includes a double salary scale, and agreed to extend the temporary hiring of workers, mostly commercial staff, that were brought in to enable to roll-out of Spain’s free travel on Cercanías and Media Distancia train lines.

READ ALSO: GUIDE: How to get free train tickets in Spain

The cancelled strike action comes as the Spanish aviation sector faces yet more walk outs, with workers at budget airlines Vueling and Ryanair planning industrial action that could last until the end of January.