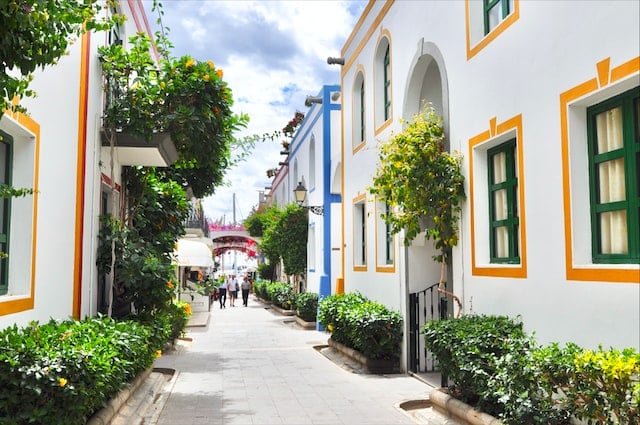 Houses in Puerto de Mogán in Gran Canaria. What will happen to property prices in Spain in 2023? Photo: Lynn Vdbr/Unsplash

The European Central Bank (ECB) has warned that house prices are due to drop by as much as 9 percent across Europe over the next two years.

With inflation affecting economies across the continent, the ECB took the radical monetary policy move of raising interest rates and the Euribor, the rate tied to mortgages in Spain, has risen steeply since then. This will have an effect on housing demand and prices in Spain in 2023, but it won’t be anywhere near as severe as other European countries.

Prices have been on the rise in Spain for a prolonged period, but will they fall in Spain in 2023? And how is the Spanish market different to the rest of Europe?

Experts predict that 2022 will see the end of strong rises the Spanish property market has enjoyed in the last couple of years, during which both sales and prices rose at rates not seen since before the 2007 housing market boom.

In 2023, however, the strong market growth is expected to begin tapering off, with the number of sales forecast to fall to 563,450 – a future marginally above the three years immediately prior to the pandemic. In this sense, in terms of property purchases and sales, 2023 should bring a normalisation of the market, returning to form after a couple of years of extremes. Falls in prices and sales shouldn’t be as severe as across the rest of Europe, however.

So, what does this mean for prices?

Though the overall number of property transactions (sales and purchases) looks set to fall by around 15 percent in 2023, the fall in house prices is forecast to be only 0.9 percent, according to Atlas Real Estate. 2022 will end with an average price of €1.706/sqm, 2.9 percent above 2021, However, in 2023 the average sqm price is expected to fall slightly to €1,691 – a fall of almost 1 percent.

According to data published by Spain’s national statistics institute, INE, the year-on-year increase in the price of housing stands at 8 percent. Experts believe this rate of increase will continue to the end of 2022, largely due to inflation, but that 2023 will see a slowdown in prices as the market stabilises.

This is due, in part, to the fact that supply in the Spanish property market cannot keep pace with the demand, so the more significant drops in price predicted across Europe likely won’t be seen in Spain. In major cities like Madrid and Barcelona, supply has decreased by around 39 percent, though overall levels of demand in 2023 are expected to be lower than in both 2021 and 2022.

In recent year Spanish property prices have been spurred by the combination of high demand and low supply, along with a decrease in the construction of new build homes owing to the increased price of materials. This spike in prices is expected to slow, but any decreases in price are expected to be marginal overall.

That’s not to say that the prices of certain types of homes won’t fall, however.

Property experts also predict that there will be differences in terms of prices between new build constructions and ‘second-hand’ homes. New builds are not expected to be affected by the slight drop in house prices, although in second hand homes prices could fall from anywhere between 3 and 7 percent.

This is because demand for second-hand homes is expected to dip slightly as a result of rising mortgage rates and inflation meaning less people are looking to buy. As a result, prices could drop. 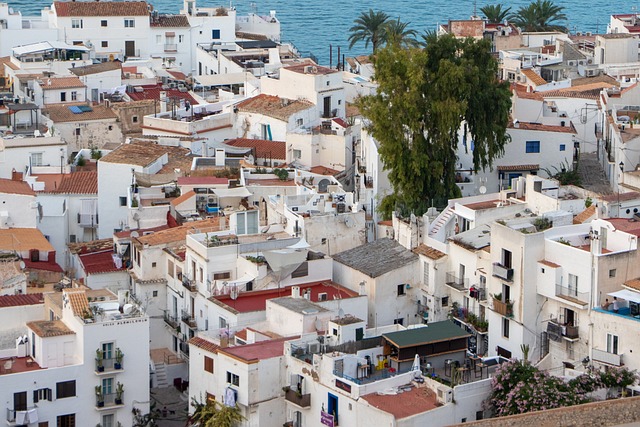 So why will the Spanish market not feel the full brunt of price drops anticipated across the rest of Europe?

Although it is true that the ECB has forecast falls in property prices across the Eurozone, Spanish property market conditions are relatively unique to those of its European neighbours – particularly those in Northern Europe.

Experts believe the Spanish property market could better withstand the expected price drops across the continent, but this is not to say that property prices won’t fall at some point in 2023 or 2024 in Spain, rather that they might not fall as much – 9 percent as suggested by the ECB – as its Eurozone neighbours.

José García Montalvo, Professor of Applied Economics at Pompeu Fabra University in Barcelona, told Business Insider Spain that “what the ECB says does not apply to Spain. In other countries, prices are so high that the shock could be strong, but here [in Spain] we have hit the bottom.”

During the financial crisis of 2008 and beyond, it was southern European nations, led by Spain and Portugal, that felt the brunt of the the bursting real estate bubble.

As such, the Spanish property market never properly recovered or experienced a ‘boom’ as other northern European countries did. While it is true that prices have been rising in Spain, the property market has still not recovered itself and reached the levels of 2007 and pre-crash prices.

In fact, according to Spanish property search engine Fotocasa, housing on the Spanish market is still 34 percent below the pre-crash peak prices reached in 2007.

Simply put, the Spanish property market is better insulted from the oncoming price drops anticipated across Europe in the coming year or two precisely because it never recovered from the last property meltdown. The plummeting figures of 9 percent estimated by the ECB are therefore less likely to be seen in the Spanish market.

“It would be exceptional if we saw large declines when prices have not yet recovered from the previous crisis,” María Matos, spokesperson for Fotocasa, explained in the Spanish press. 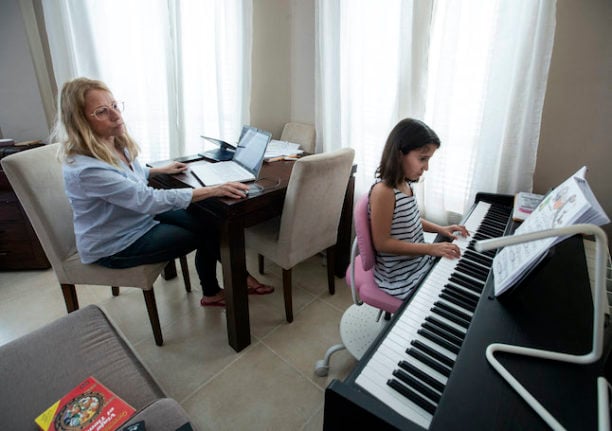 Pedro Sánchez’s government made the announcement on Tuesday after receiving the support of Basque nationalist party EH Bildu, a necessary step for Spain’s General Budgets for 2023 to be approved.

Spain’s ruling Socialists first introduced the rent increase cap in March 2022, which was meant to be a temporary measure to protect the 30 percent of people in Spain who rent from spiralling inflation.

Prior to that, many landlords had the right to increase the price of the rent on a yearly basis based on the Consumer Price Index (CPI), the figure used to measure inflation.

The CPI rate effectively acted as an upper limit on how much rents could be increased if agreed to or mentioned on the contract.

So if inflation was at 9 percent and it was time to renew a rental agreement for another, landlords could in many cases increase the rent by 9 percent.

READ MORE: When is it legal or not legal for a landlord to increase the rent in Spain?

This clause in Spain’s Urban Leases Law is currently not applicable given the extension of the 2 percent increase limit.

According to ministerial figures, 3.5 million rental agreements in Spain are currently subject to potential increases.

The measure, which was due to expire this December, will be in place until December 31st 2023.

READ ALSO: Stricter requirements and screenings: Why it’s getting harder to rent in Spain 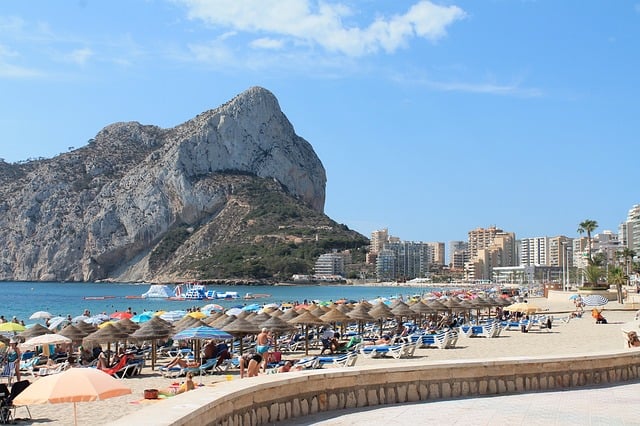 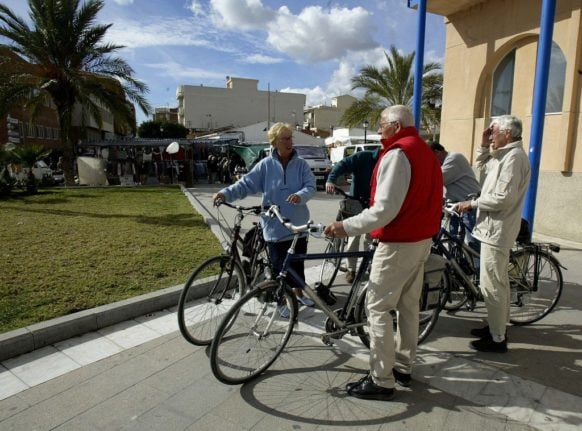 PROPERTY
Dutch, Irish and Norwegians are buying twice as many homes in Spain
Url copied to clipboard!