Marilyn Monroe and Tony Curtis in 'Some Like it Hot', which in Spain is called 'With skirts and in a crazy way'. Photo: Universal Artists

If you turn on the TV in Spain or go to the cinema, you’re likely to come across a whole host of American and British movies, all which have been dubbed and had their titles translated into Spanish in the vast majority of cases.

Why Spain doesn’t embrace original language movies is a whole different story. What’s clear is that Spaniards love Hollywood but foreign movies have to be ‘Spanishised’ for them to pay attention to them.

That’s the job of the film distributors in Spain, who over the years have received tens of thousands of English-language movies. Most of the time they get it right, but as we’ll see below, they sometimes give title translations their own bizarre and unique spin.

“First, we receive a synopsis in English and the original title of the film: if it is based on a book or a story, we choose the original title. And if not, a literal translation, if it has one,” Álvaro Curiel, marketing director of Buena Vista International in Spain, told online daily 20 Minutos.

“There are many times when we have to come up with a new title without having seen the original movie,” DeAPlaneta marketing director Gemma Ferrús admitted.

Sometimes it’s understandable that it can prove difficult to get it right, especially when there are English plays on words or puns, such as with the 2010 action-comedy Knight and Day starring Tom Cruise and Cameron Diaz, which in Spain was translated as Noche Y Día (Night and Day).

But there are other times when one can’t help but wonder what the marketing teams and translators were thinking.

At least they’ve given us some hilariously abstract translations to enjoy. Here are some of the best:

It’s true that arrebatar (the Spanish translation of the verb to snatch) doesn’t quite have the same ring to it, but whoever translated the title of Guy Ritchie’s London gangster comedy for Spanish audiences appears to have picked two of the film’s elements at random and just ran with it. Who knows, maybe it could’ve been caravans and bare-knuckle boxing? 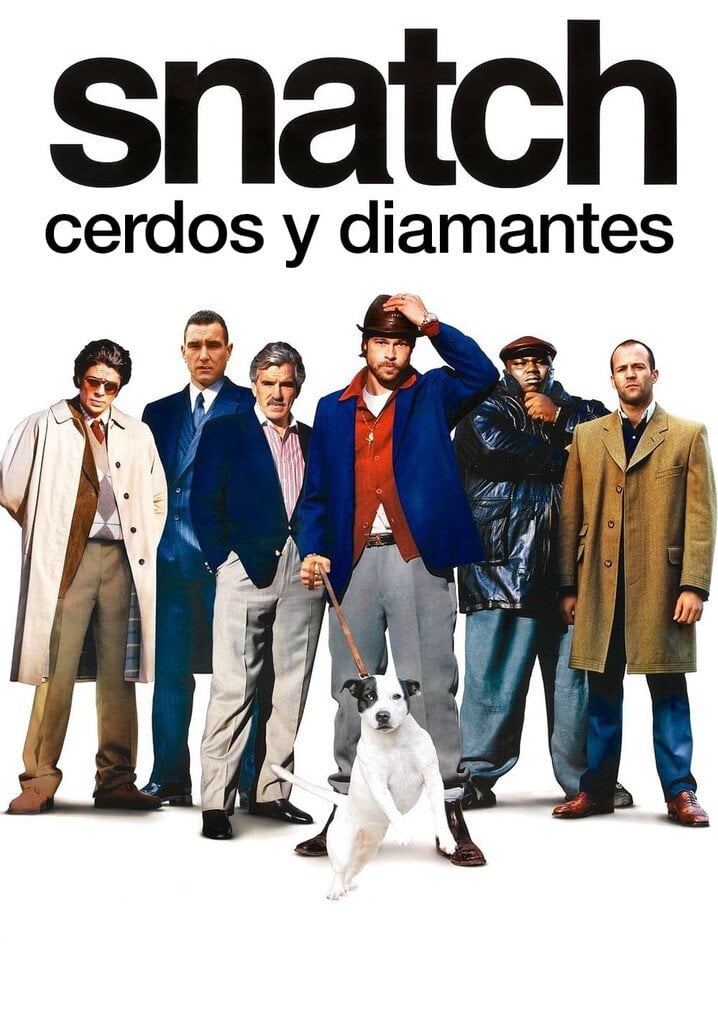 Again, translating ‘die hard’ into Spanish is a big ask, as muere de manera dura isn’t exactly a winner. So we guess it was a case of trying to be creative and honour John McLane’s (Bruce Willis) barefoot smashing of panes of glass in the first Die Hard. Then they just had to stick with ‘Glass Jungle’ for all the other sequels. 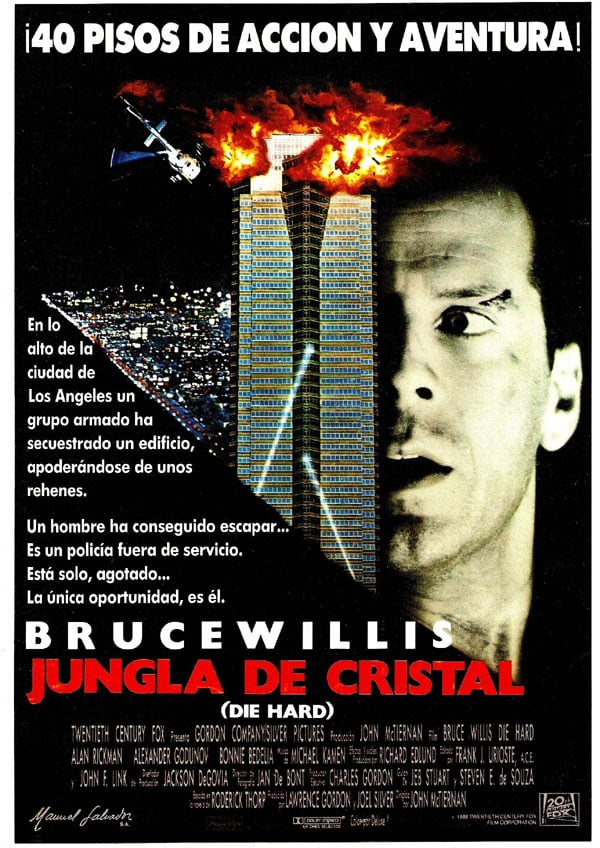 Spanish surfers refer to point break – a type of swell which hits land at an oblique or perpendicular angle – as point break, without bothering to clumsily translate it into Spanish. But the Spanish translators of 1991 action crime film Point Break focused instead on Patrick Swayze’s character with the rather unsexy ‘They call him Bodhi’. How about Keanu’s character? 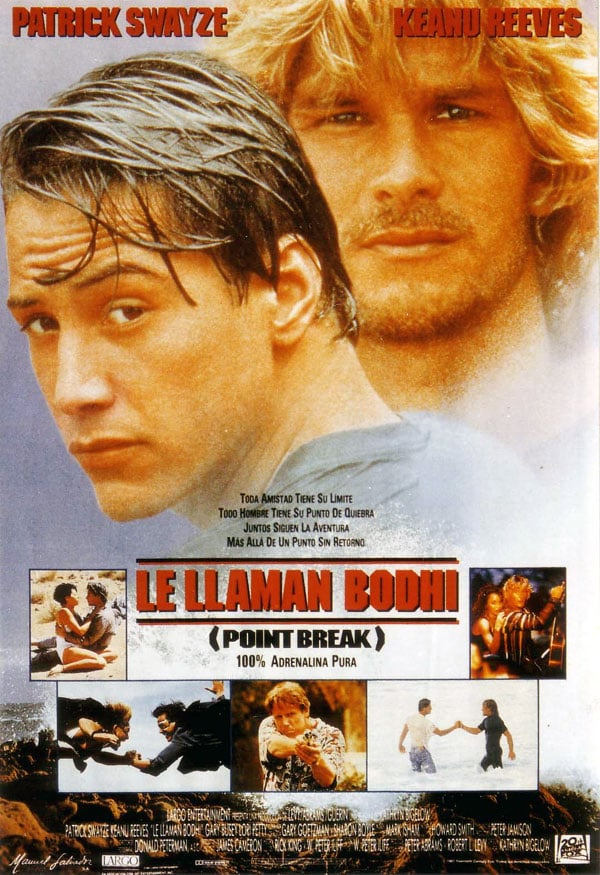 Why not just El Sonido de la Música? That would be a perfectly acceptable and accurate translation of the 1965 Julie Andrews musical. If it’s any consolation, in Latin America film distributors called the film La Novicia Rebelde (The Rebel Novice). 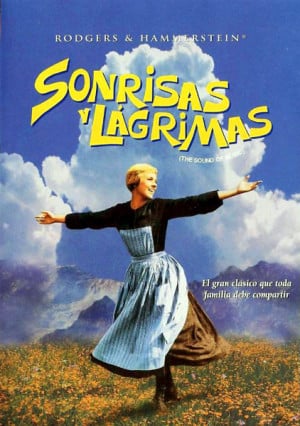 It’s not so much that the Spanish title of this comedy starring Cameron Diaz and Ben Stiller has nothing to do with the original version in English, it’s the fact that the Spanish translation implies that there’s something wrong with Mary, not that she’s a heartbreaker. 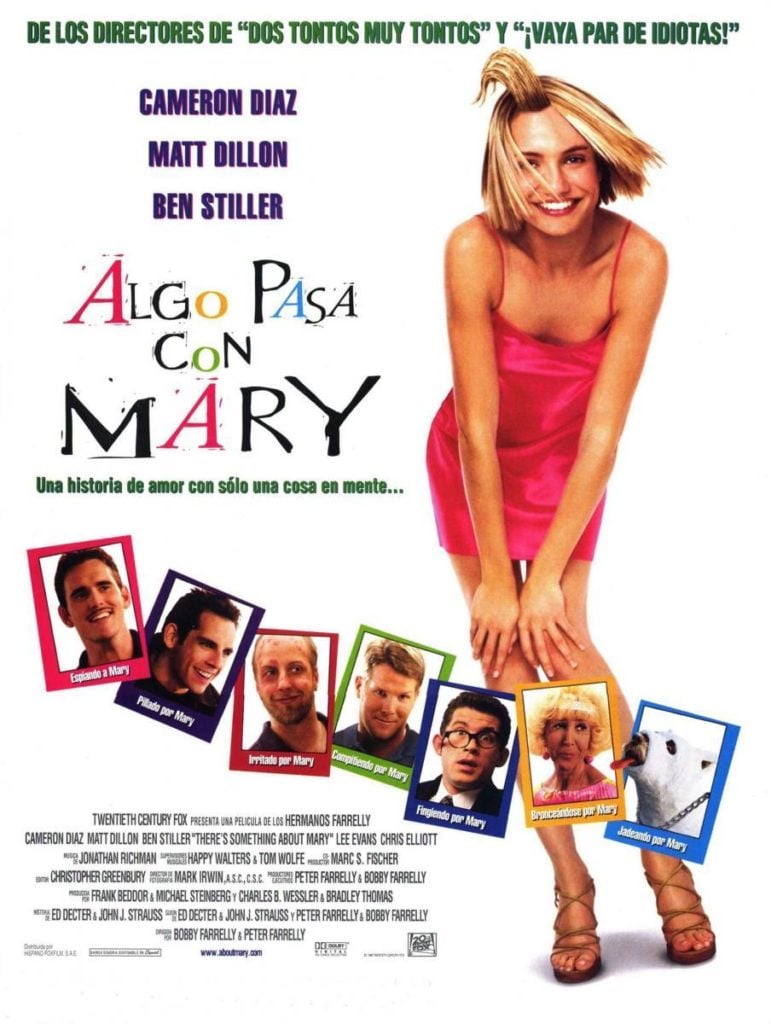 Yes, this was never going to be an easy one to translate as the original English title is a mouthful (the full version is Dr. Strangelove or: How I Learned to Stop Worrying and Love the Bomb). But why not just run with a simple ‘El Doctor Strangelove’? Seems like the Spanish distributors wanted to outdo Stanley Kubrick on the wackiness scale. 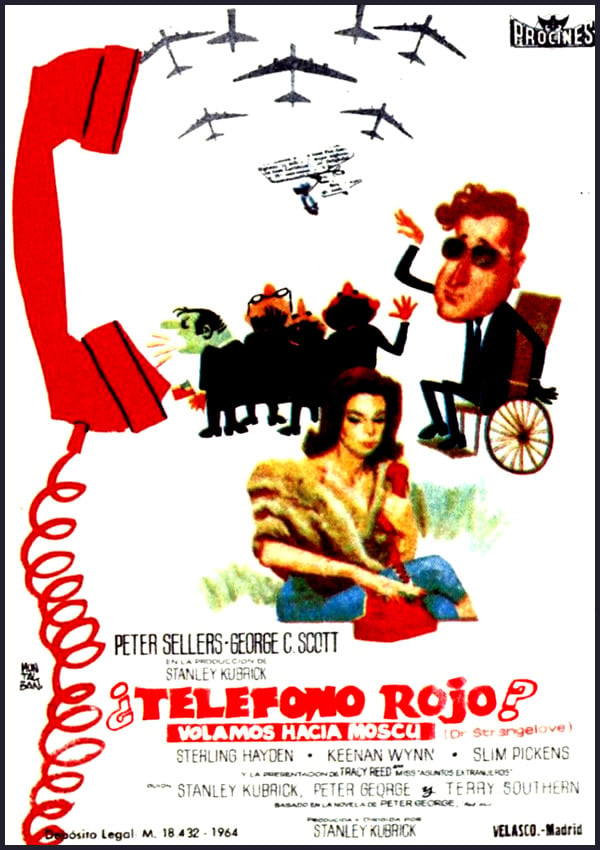 Eternal Sunshine of the Spotless Mind was translated as ‘Forget about Me!’ (¡Olvídate de mí!)

Here’s another one that wasn’t a straightforward translation, but with the flowery nature of the Spanish language they could have at least given it a go, right? El Sol Eterno de La Mente Inmaculada sounds pretty good to us. But no, instead they went with ‘Forget about Me!’. 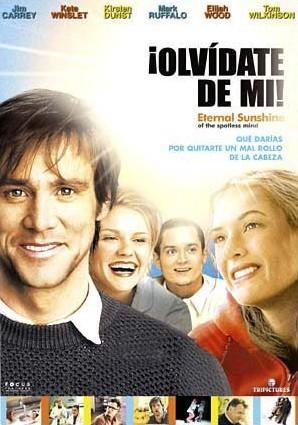 Come on, Spain is the land of ¡Caliente!. Instead this classic rom-com starring Marilyn Monroe, Tony Curtis and Jack Lemmon was premiered in Spain under a title which oozes a fat slice of creative freedom. We have to admit that ‘With skirts and in a crazy way’ (a lo loco also means ‘in a rush’) is pretty entertaining, nonetheless. 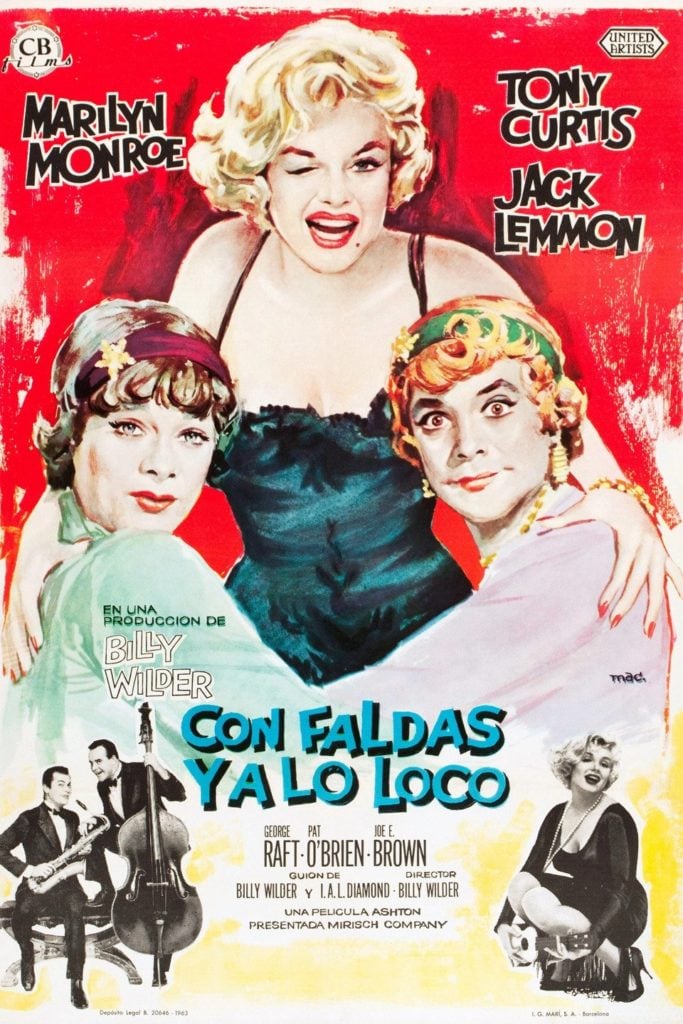 According to some sources, a naked gun is a gun attached to a cowboy’s belt for a quick draw. We’re not saying that it was easy to convey this in the translation of Leslie Nielsen’s slapstick comedies, but ‘grab it however you can’ has absolutely nothing to do with the original title. At least in Argentina they called it La Pistola Desnuda (The Naked Gun). 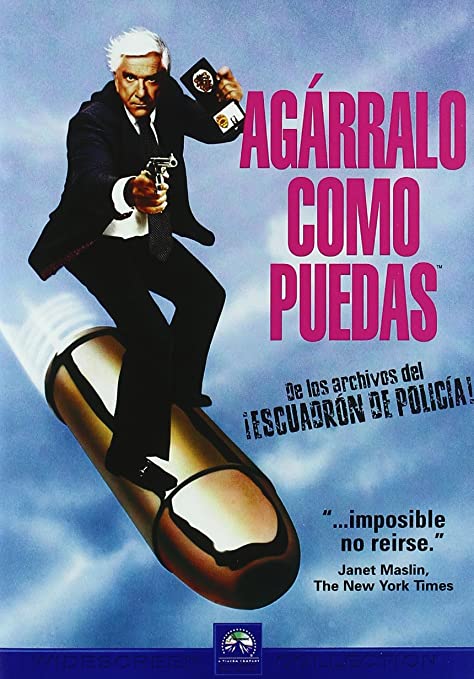 The original 1961 comedy and the 1998 remake with Lindsay Lohan both have this geographical spin that has nothing to do with the original title, even though ‘La Trampa para Padres’ was a no-brainer. Oh well, at least they didn’t call it Operación Cupido (Operation Cupid) as it was named in Latin America. 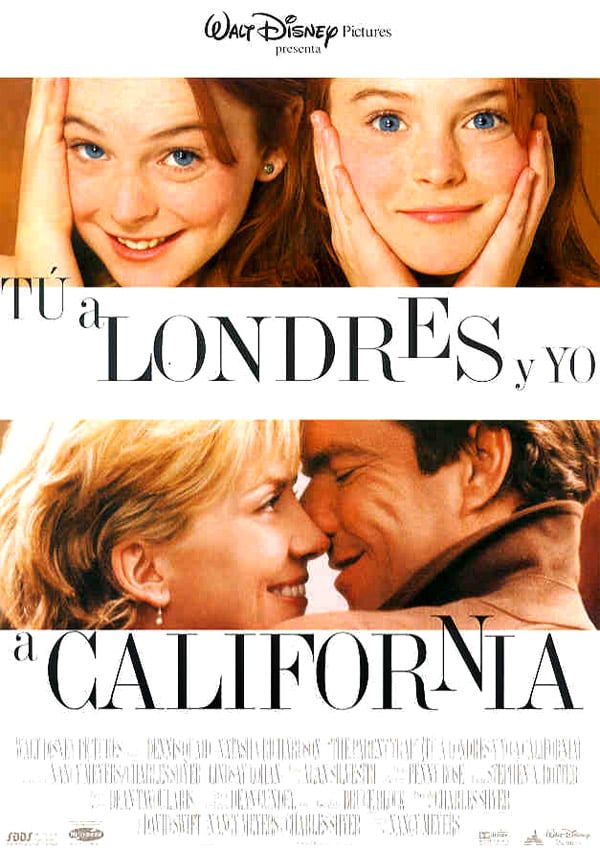 Trumbo (2015) was translated as ‘Return with Glory’ (Regreso con Gloria)

Unbreakable (2000) was translated as ‘The Protected’ (El Protegido)