Worried about rising costs? It's not just you -- prices are soaring across the globe. We find out why. Photo: Getty Images

Almost everyone has felt the effects of sudden cost of living increases, and for many it has had real consequences on where and how they live and work.

With soaring energy bills and increases in both food and petrol, consumer inflation in Europe hit eight percent in May and could reach nine percent by the end of the summer. Those who moved abroad to work or study have felt the effects particularly keenly.

Together with the international health insurance provider, AXA – Global Healthcare, we investigate why costs have soared so quickly, and exactly how this impacts those who have made another country their home.

What is driving the increase in living costs?

While there’s no singular reason that living costs are increasing across the globe, there are several factors that we can point to as contributing to the problem.

First and foremost, the coronavirus pandemic had a devastating effect on manufacturing industries and supply chains around the world. Worker illness, government shutdowns and disruptions to the supply of essential resources dealt a significant blow to global GDP in 2020, resulting in a fall of more than three percent.

Restarting manufacturing and global logistics after months of effective shutdown subsequently led to a substantial rise in the costs of goods, as supply struggled to keep up with surging demand. Even with massive investment in logistics infrastructure, to date there are still lengthy delays supplying goods such as machine parts and electronics, leading to surging business costs.

Climate change has also played a role in the crisis. The increasing unpredictability of weather patterns over the past two years has meant that many regions around the world were impacted by severe weather events, including several in Europe. An increased incidence of heat waves and cold snaps have also placed a strain on gas reserves, leading to escalating power bills.

Of course, the war in Ukraine is having a serious impact on the cost of living, most noticeably in Europe. The World Bank has suggested it could be responsible for the biggest price shock in 50 years. As a major agricultural nation, wheat prices have begun to sharply increase following the invasion, as has the price of natural gas – Ukraine holds Europe’s second-largest reserve of the resource.

Another consequence of the Ukraine war is spiraling fuel prices. As Russia is one of the world’s top three oil exporters, its current frosty relationship with the West means that the cost of oil per barrel will remain elevated. Coupled with logistical delays in delivering gas and fuel, as an ongoing consequence of the pandemic, consumers and businesses are experiencing substantially increased transport costs.

One way to offset cost of living increases is by ensuring you are safe from unforeseen medical costs. AXA has a range of policies designed specifically for internationals 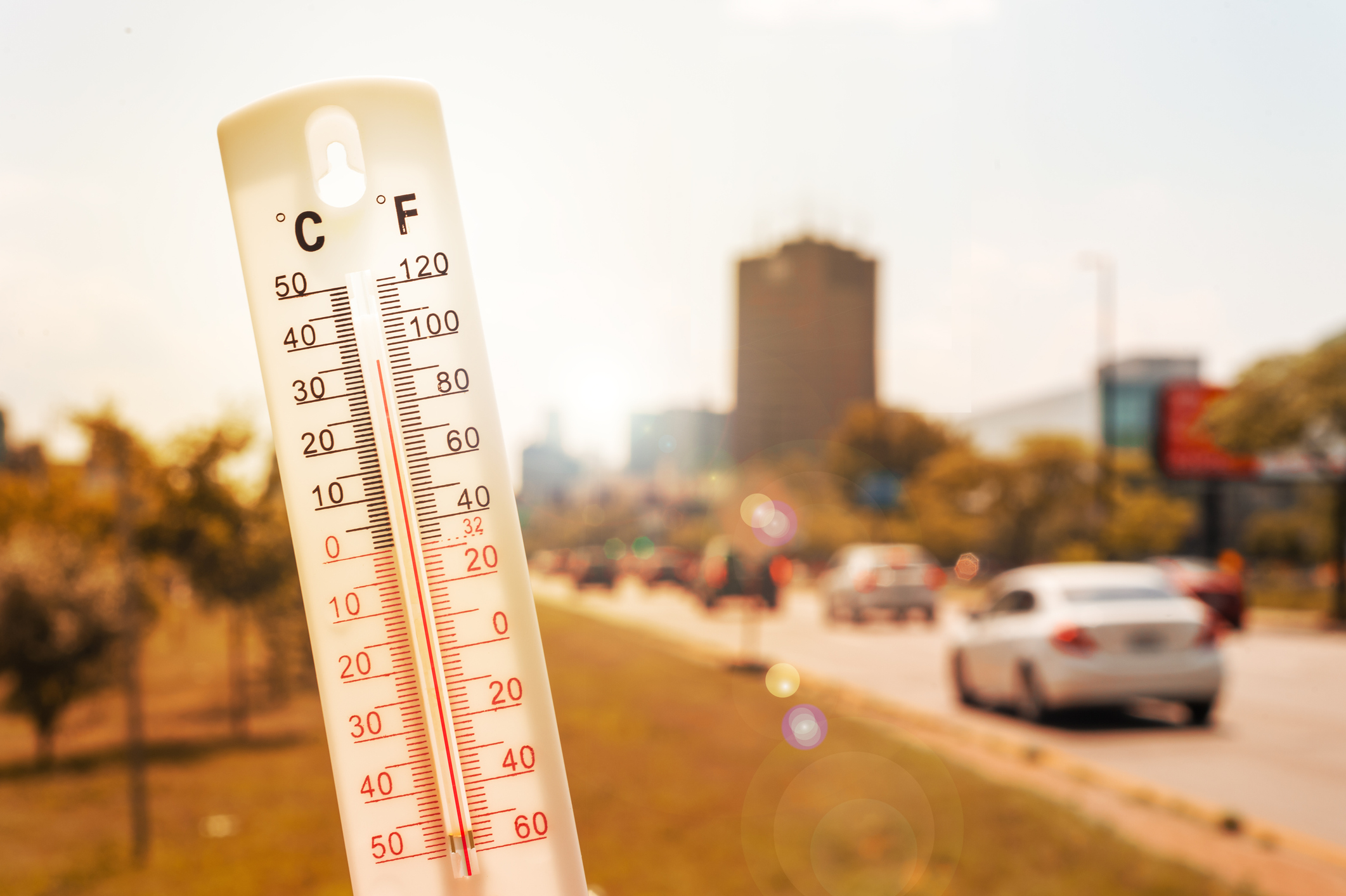 How do rising costs impact internationals?

The cost of living crisis is having a significant effect on the mental health of internationals. Research by AXA – Global Healthcare, in the form of its Mind Health Index 2022 supports this idea.

The causes of this are also clearly identifiable. Primarily, many internationals simply do not have the assets to sustain repeated price shocks in terms of food or energy costs. A survey conducted by market research firm, Finaccord, found that approximately three-quarters of internationals worldwide are individual workers – ie. depending on a single income.

A further third are also students, meaning that they are paying tuition costs while trying to support themselves, whether with a local job or payments from home. Quite simply, many internationals cannot afford to pay much more for necessities, particularly at a time when wages have stagnated.

Many internationals also lack the kind of support networks that would let them otherwise overcome economic turmoil. Earlier research by AXA revealed that 87 percent of participating internationals felt isolated and cut off from family and friends, who would otherwise be able to assist and share costs.

As a consequence, further research conducted in 2019 by AXA – Global Healthcare revealed that one in five participating internationals would return home should prices continue to rise – even though over 50 percent reported that they enjoyed a better salary and quality of life than they did at home.

It could be stated, therefore, that prior to the global spike in the cost of living, internationals already found themselves in a tight spot, with the threat of having to return home looming over them. Now, with skyrocketing prices, excessive and prolonged stress is an even greater contributor to a range of illnesses.

Internationals are more prone to sudden increases in costs of living. To ensure some certainty, explore health insurance options from the experts on living abroad, AXA

Moving abroad to start a new life is a costly endeavour and one that many work for years to achieve. It’s worth it, however: the experience of working or studying abroad is suggested to have a number of economic and lifestyle benefits.

That said, navigating the financial stresses of rising costs can be challenging.

Many internationals opt to offset the challenges of rising costs with comprehensive health insurance coverage. AXA – Global Healthcare’s research shows that a quarter of internationals worry about the cost of healthcare in their new home, and would even travel abroad to seek treatment.

Depending on where you are, unforeseen medical costs can run into the tens of thousands, meaning the difference between getting by, and having to return to your home country.

If you’re seeking a health insurance provider that offers comprehensive coverage and a range of useful benefits, you may want to consider AXA – Global Healthcare. Operating globally, the company has over 55 years of experience in covering those living and working abroad¹.

AXA – Global Healthcare policyholders get 24-7 care from personal advisors, connecting them with excellent private healthcare from a worldwide network of doctors, surgeons and specialists.

Outside of emergency care, AXA – Global Healthcare provides a number of additional benefits. Policyholders are able to access a number of annual check ups. Special care is available to those diagnosed with cancer, and mental health issues aren’t ignored – the AXA – Global Healthcare Mind Health Service¹ means that you have professionals for support wherever you may be.

As an international, dealing with the rising costs of living can be difficult. However, you can ensure that should something happen to you, you can avoid unexpected financial burdens.

Furthermore, with AXA – Global Healthcare’s range of additional services, you can make sure health problems are identified before they become a problem, allowing you to focus on living, working and enjoying life abroad.

Looking to protect your life abroad? Get in touch with AXA – Global Healthcare so you can enjoy life with the knowledge that you’re fully covered

²The Mind Health Service is provided by Teladoc Health, 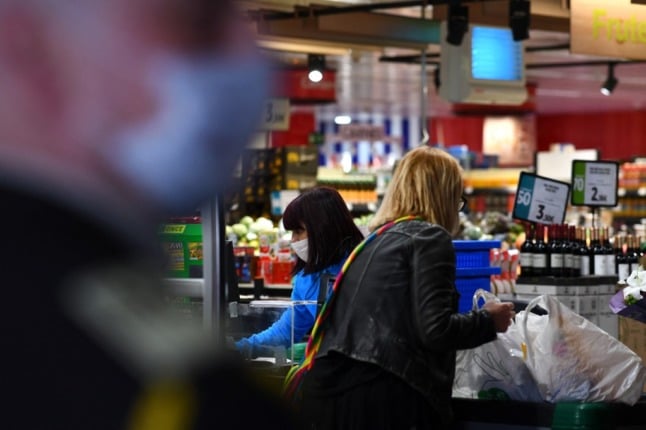 Food prices, together with fuel and energy bills, are where people in Spain are noticing price rises most. Photo: Gabriel Buoys/AFP

The surge in inflation in the eurozone’s fourth-largest economy was due largely to a spike in the price of electricity, and to a lesser extent to higher gas prices, it added.

Bank of Spain governor Pablo Hernández de Cos warned Monday that higher inflation rates are likely to be seen over the coming months since high energy prices are likely to last through the winter as demand rises due to colder weather.

READ ALSO: The cheapest supermarket in your province in Spain

The European Central Bank (ECB) expects inflation will rise by 2.2 percent in the entire 19-country single currency area this year, above its target of 2.0 percent.

It has insisted that the inflation spike is “temporary” in nature, driven by one-off pandemic-related effects that will gradually dissipate over the course of 2022.