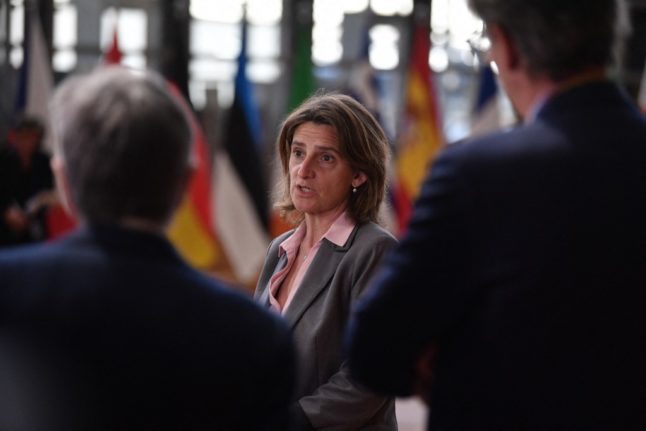 Spanish Environment and Energy Minister Teresa Ribera addresses the press during the Special European Energy Ministers Council on Russian gas and petrol crisis at the EU headquarters in Brussels on May 2, 2022. Photo by JOHN THYS / AFP

“It is desirable that traders seek to minimise imports of Russian gas as much as possible,” Energy Minister Teresa Ribera told a news conference following a weekly cabinet meeting.

Unlike oil, Russian gas is not affected by European Union sanctions adopted in the wake of Russia’s invasion of Ukraine in February but “it is recommendable to seek alternatives,” she said.

Deliveries from Algeria, which had long been Spain’s top supplier, accounted for 21.6 percent of Spain’s gas.

The drop in gas flows from Algeria comes after Madrid in March reversed its decades-long stance of neutrality on the Western Sahara conflict, saying it would back Morocco’s autonomy plan for the disputed region in order to end the lingering diplomatic spat.

Spain’s U-turn, which was widely seen as a victory for Morocco, infuriated its regional rival Algeria, which has long backed the Polisario Front, Western Sahara’s independence movement.

Algeria on June 8 suspended its 2002 friendship treaty with Spain and its banking association then urged members to restrict business ties.

The Russian gas purchases made in June “probably” are related to trade agreements made before the war in Ukraine started, Ribera said.

Nevertheless, it is important that Spanish firms work to “diversify their contracts,” she said.

The United States remained Spain’s biggest gas supplier in June, with a share of 29.6 percent. 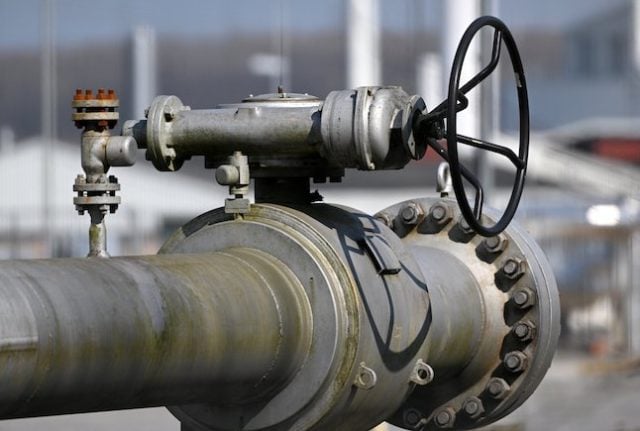 The proposal came as Europe struggles to find ways to rapidly reduce its energy dependence on Russia following its invasion of Ukraine, which has upended the power market, sending prices soaring and nations scrambling for supplies.

On Thursday, German Chancellor Olaf Scholz said a pipeline running through Portugal, Spain and France to central Europe was “conspicuously absent” and if it existed, it could make “a massive contribution” to easing the supply crisis.

Spain currently has six liquefied natural gas (LNG) terminals for processing gas that arrives by sea which could help the EU boost imports, but only has two, low-capacity links to France’s gas network, which has connections to the rest of Europe.

Madrid has been pushing for the revival of the pipeline project linking the Catalan Pyrenees with France, which could significantly increase its supply capacity.

Portuguese Prime Minister Antonio Costa said such a pipeline link to central Europe was “a priority” for Portugal, welcoming Germany’s stance as upping “the pressure on European institutions” to make progress on this issue.

Although there was a good gas network in the Iberian Peninsula, the problem was transporting it across the Pyrenees, with Spain and its gas network operator Enagas working with the French authorities to develop “a more straightforward interconnection”, the Spanish minister said.

“This pipeline across the Catalan Pyrenees would require an investment,” she said, adding that “Enagas estimates that the pipeline could be operational within eight or nine months on the southern side of the border”.

The pipeline would be similar to the defunct MidCat project which sought to link Portugal, Spain to France but it drew opposition from environmental groups and work was halted in 2019 when financing fell through.

But the Ukraine war has boosted calls to resume such plans, including from EU chief Ursula von der Leyen.

Speaking to AFP, an Enagas spokeswoman confirmed the timeline “of eight to nine months from the start of construction”.

Under its 2022-2030 strategic plan, the company aims to spend some €370 million on the pipeline project.

Ribera also said Spain was working to make better use of its existing pipelines by installing an additional compressor, which would allow it to increase the volume of gas exported by 20 to 30 percent.

This could take place within “two or three months”, she added.

“Obviously it’s not much – through these interconnections, we can provide up 2.0-2.5 percent of the gas consumed in the European Union as a whole – but it’s relevant.”

ENERGY
Air-con, ties and lights: How Europe plans to save energy and get through winter without blackouts
Url copied to clipboard!