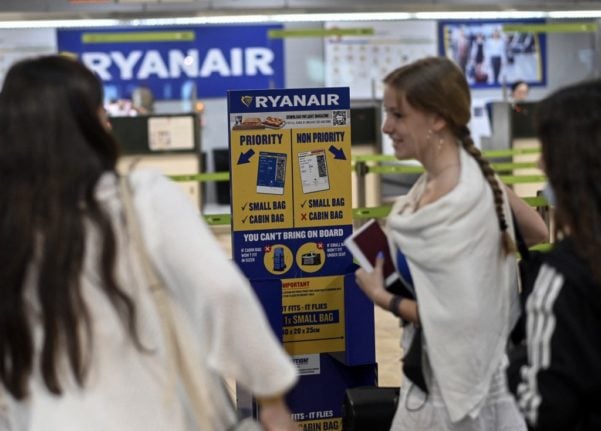 In Spain, where Ryanair employs 1,900 people, no flights were cancelled except those heading to Belgium. (Photo by OSCAR DEL POZO / AFP) 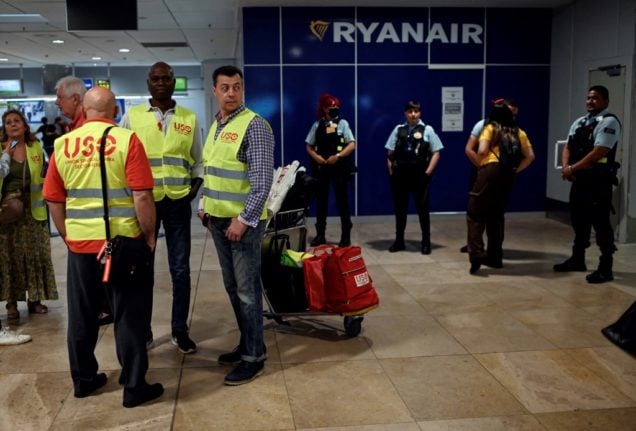 Ryanair’s Spanish cabin crew begin their latest round of strike action on Monday, the third this summer, which threatens to last into the New Year after the Irish budget airline refused to negotiate a new collective agreement with staff.

With the latest industrial action set officially to last until January 7, 2023 USO and Sitcpla unions representing 1,600 workers from Ryanair, Crewlink and Workforce companies will begin 24-hour strike action from Monday to Thursday throughout the week moving forward.

The strikes follow walkouts at the end of June that lasted throughout much of July and caused severe cancellations and delays at Ryanair’s operation bases in Spain, particularly at Barcelona’s El Prat airport and in Palma de Mallorca.

Predicted to last until January, the staff walkouts will affect travel to and from Spain during both the August and Christmas peak periods – times when traditionally there’s usually high levels of air traffic and demand.

The strikes come at a time of European-wide travel chaos, with many of the major European airports suffering cancellations and delays due to high consumer travel demand following the COVID-19 pandemic, contractual disputes between anything and everything from cabin crew to pilots, and a shortage of staff after swathes of airport workers were let go as part of cost cutting drives during the pandemic.

During the first twelve days of the upcoming strike, Ryanair has, as of now, 4,998 flights scheduled at its Spanish airports. Ryanair flights operate, and moving forward could be delayed or cancelled, to and from Madrid, Malaga, Barcelona, Alicante, Seville, Palma de Mallorca, Valencia, Girona, Santiago de Compostela and Ibiza. 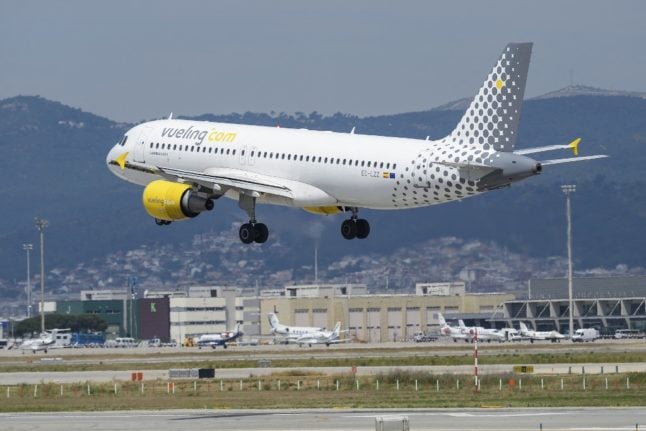