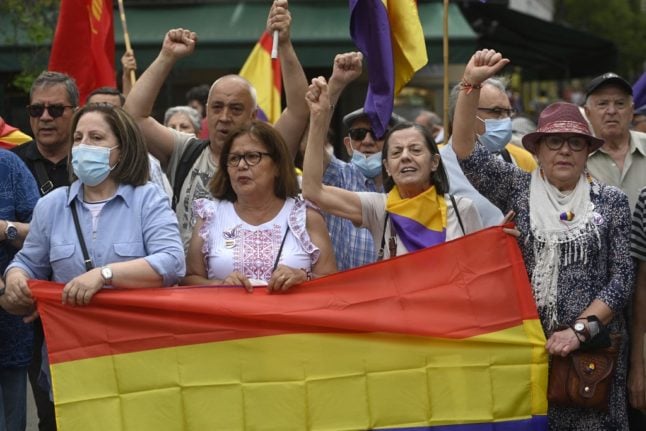 Protesters hold a Republican flag during an anti-monarchy demonstration in Madrid on May 22, 2022, coinciding with the return to Spain of former king Juan Carlos I. (Photo by PIERRE-PHILIPPE MARCOU / AFP)

Holding signs reading “Justice” and “The Borbón in prison”, the demonstrators gathered near the Spanish capital’s royal palace. A government spokesman put their number at 300.

Juan Carlos this week returned to Spain for the first time since August 2020 to attend a regatta, after investigations into alleged corruption and money laundering were shelved in March.

The 84-year-old was admired for his role in Spain’s democratic transition following the death of dictator Francisco Franco in 1975, but revelations about the opaque origins of his fortune have tarnished his reputation among many Spaniards. 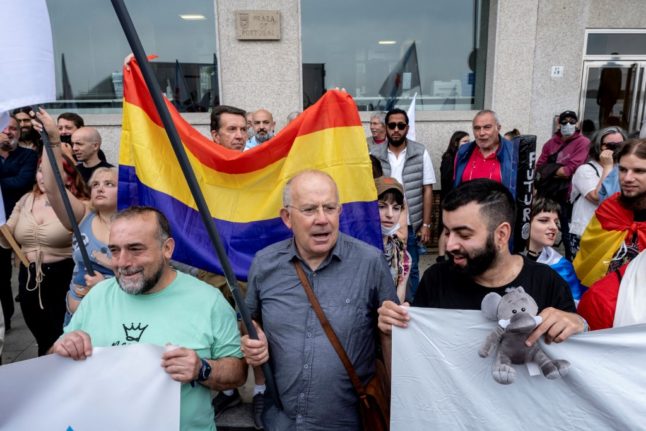 Demonstrators wave a flag of the Second Spanish Republic as they gather to protest against the visit of Spain’s former King to attend the regatta of the InterRias trophy of 6M Spanish Cup, in the Galician town of Sanxenxo, northwestern Spain, on May 21st, 2022. Photo: Brais Lorenzo/AFP

The former monarch is due to visit his son King Felipe VI in Madrid on Monday before returning to the Emirati capital Abu Dhabi, his new permanent residence.

But in the northwestern port of Sanxenxo, where Juan Carlos competed in the regatta this weekend, dozens of onlookers welcomed him, shouting “Long live the king, long live Spain!”. 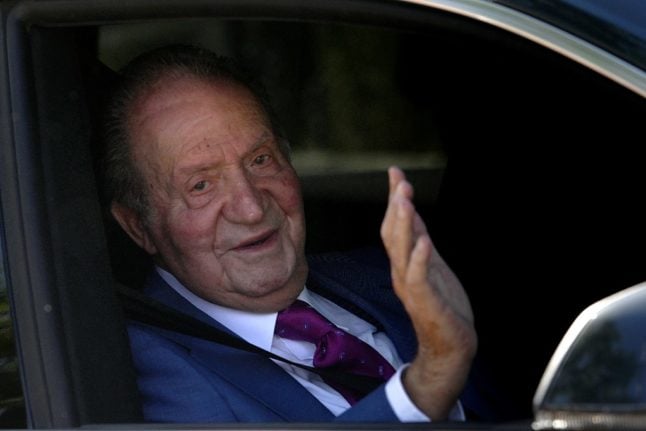 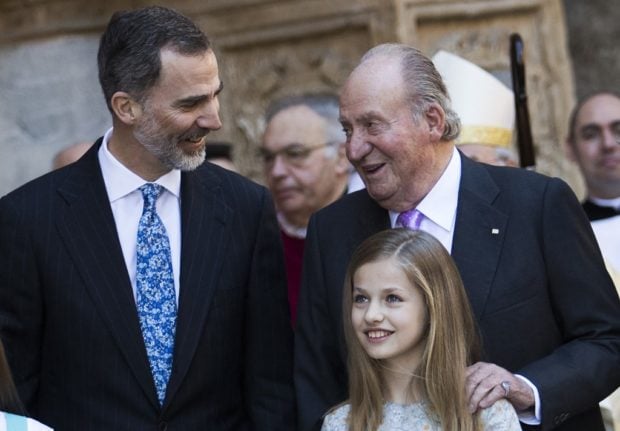 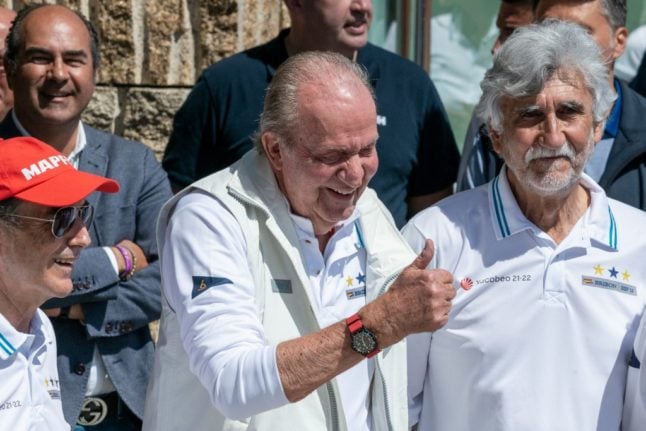