Catalan regional president Pere Aragonès talks to the press in front of the Palacio de las Cortes congress in Madrid on April 21, 2022. - Catalan separatists have accused Spain's intelligence services of using spyware to snoop on their mobile phones, reviving tensions with the Prime Minister's minority leftist government which relies on their support to pass legislation. (Photo by JAVIER SORIANO / AFP)

The spying targeted selected individuals and was not “massive” as alleged, according to the unnamed sources cited by the paper.

Canada’s Citizen Lab group said Monday at least 65 people linked to the Catalan separatist movement had been targets of Pegasus spyware after a failed independence bid in 2017.

Elected officials, including current and former Catalan regional leaders, were among those targeted by the controversial spyware made by Israel’s NSO group.

Pegasus infiltrates mobile phones to extract data or activate a camera or microphone to spy on their owners.

Citizen Lab, which focuses on high-tech human rights abuses, said it could not directly attribute the spying operations, but that circumstantial evidence pointed to Spanish authorities.

But the intelligence service sources cited by El País said the number of Catalan separatists who were spied on was “much lower” than Citizen Lab’s figure, and the CNI “always acted under the control of the courts”.

Contacted by AFP, the CNI was not immediately available for comment.

Spain’s central government on Sunday said it would launch inquiries. The government has not denied nor confirmed whether it uses Pegasus or similar spyware, saying only that any surveillance is carried out under the supervision of judges.

Catalonia’s regional leader Pere Aragones has said the region will halt political collaboration with the Spanish government until Madrid clarifies its role.

Catalonia in northeast Spain has been for several years at the centre of a political crisis between separatists, who control the executive and the regional parliament, and the central government in Madrid.

Tensions had eased since dialogue began between Sánchez’s government and the regional authorities in 2020 and the granting of pardons to nine pro-independence leaders last year. 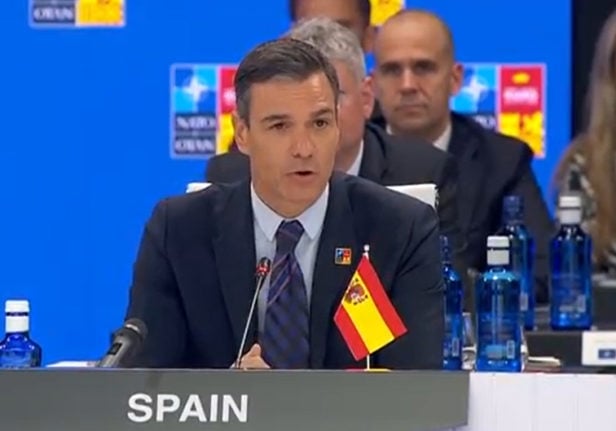 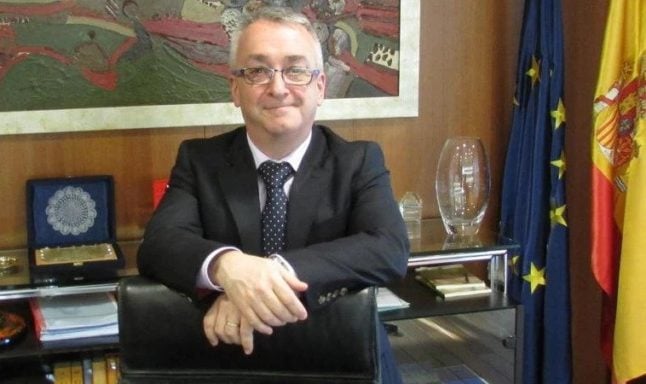 “Due to an error, the Spanish flag was incorrectly positioned at the beginning of the summit,” said Nato spokesperson Oana Lungescu.

It was displayed the wrong way up when Prime Minister Sánchez gave his opening speech to world leaders, including American president Joe Biden and British Prime Minister Boris Johnson.

As can be seen in the picture above, although the red, yellow and red stripes of Spain’s flag look correct, the coat of arms is the wrong way up. 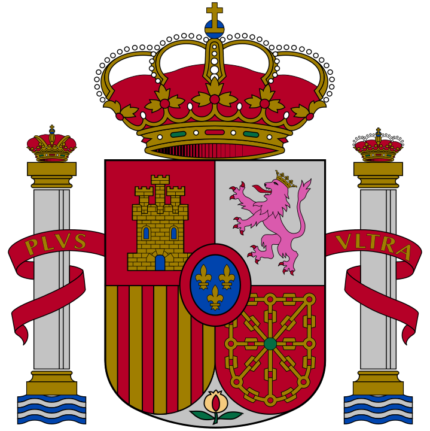 Spain’s official coat of arms, the right way up.

The situation was particularly embarrassing for the Spanish government as Madrid is this year’s Nato host nation.

“The error was immediately corrected, as you can see in the photo. Nato apologises for this mistake and thanks Spain for the outstanding hosting of the Summit,” tweeted Lungescu.

Due to an error, the Spanish flag was positioned incorrectly at the start of the Summit. The error was immediately corrected, as you can see in the photo. #NATO sincerely apologises for this mistake & thanks Spain 🇪🇸 for the outstanding hosting of the Summit. pic.twitter.com/0ctWCnz7pQ

Government sources have told the Spanish press that it was a “Nato error” given that the summit is being organised by staff belonging to the intergovernmental military alliance, even though Spain is the host and is helping with proceedings.

This is not the first time there has been an issue with the way the Spanish flag has been presented during an official event.

Recently in April 2022, while Sánchez had a dinner meeting with Morocco’s King Mohammed VI, the same mistake occurred and the flag was also seen hanging upside down. 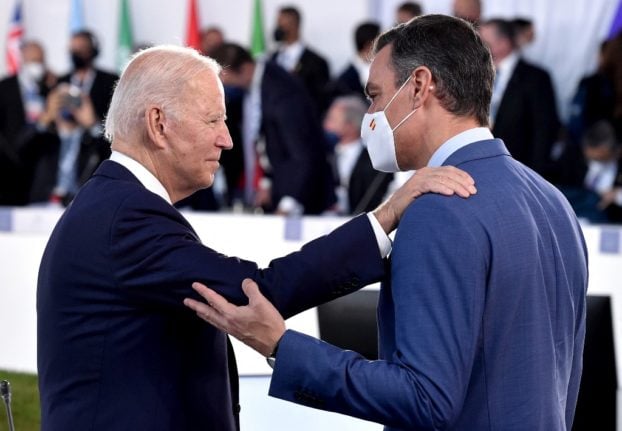