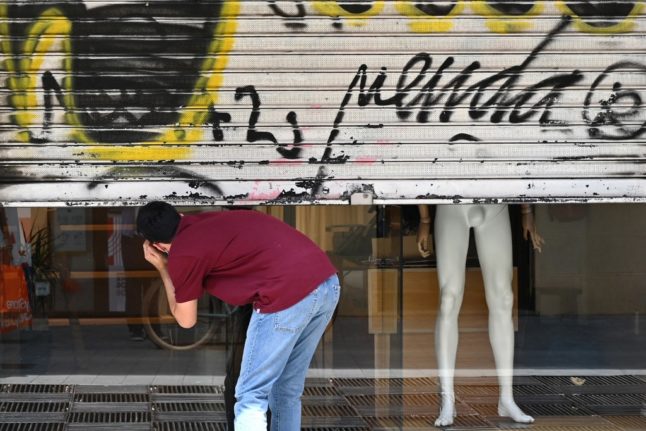 Many foreigners in Spain find it incovenient that most shops close on a Sunday. But what's behind this tradition? (Photo by Gabriel BOUYS / AFP)

Take a stroll through any small or medium-sized Spanish town on a Sunday, and you’ll notice that the majority of its high-street shops and businesses are shuttered up. Even in bigger cities, many still close on Sunday.

Often people assume that the Sunday closures are a reflection of Spain’s laidback lifestyle, and that Spaniards still see Sundays as a day of rest. While it is true that most Spaniards do still use Sundays to relax, eat, and spend time with family, it’s not entirely that simple.

Others assume it’s a legacy of Spain’s Catholic culture, and that everyone’s at mass, but that’s become less and less true in recent decades, and the reality is that Spain’s Sunday trading laws are often the reason behind the closures, depending on where you are.

Sunday trading laws are not unique to Spain. Many countries around the world place limits on which, how, for how long, and how often shops and businesses can open on Sundays.

But many countries across Europe, like Portugal, Italy, and the U.K, have more liberal trading hours legislation. In fact, the European Commission ranked Spain as the country with the second highest number of restrictions on commercial trade in the EU. 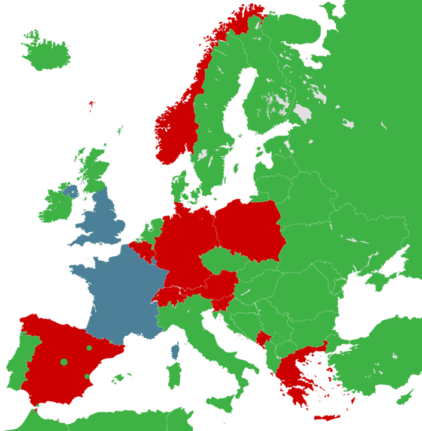 First things first, as with many policies in Spain, Sunday trading legislation is delegated to the autonomous communities. Article 1 of Law 1/2004, which outlines rules on business hours more broadly, gives businesses the liberty to determine the days and times of their commercial activity, however it must work within the framework of the law and the rules of the autonomous community.

That is to say, each regional government has the final say on its Sunday opening hours, and in many parts of Spain Sunday opening is allowed once a month – normally at the beginning of the month – and on Sundays during special shopping seasons like Christmas and Easter, but also during sales periods.

This means that many businesses aren’t able to open on Sundays, even if they wanted to. Certain sectors, however, like hospitality, can open without restrictions, as can pharmacies. According to the law, the businesses free to open as and when they please are:

In a strange quirk on Spanish legislation, commercial establishments smaller than 300 square metres have total freedom of trading schedules across Spain, regardless of what is says on their regional statute book.

Tourist areas are often given exceptions to deal with demand. Shops in towns and areas declared as tourist-based are allowed to open every Sunday. That grouping, as of a few years ago, includes:

Equally, any area with a World Heritage Site or property of cultural or national interest is allowed to open, as are shops close to ports on tourist cruise routes, and areas whose main attraction is shopping tourism. 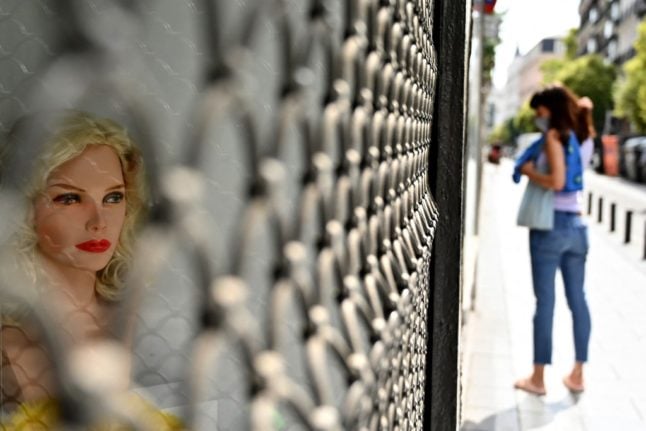 A woman walks past a closed shop in Madrid. Photo: GABRIEL BOUYS / AFP)

READ MORE: Are Spaniards really that bad at queueing?

Businesses that are not included in the exempted sectors outlined in national law, as above, must abide by the trading calendar outlined every year by their regional government. This means there’s quite a bit of variation in Sunday trading laws around Spain. In Madrid, for example, all businesses have been able to open, if they wish, for 24 hours a day, 365 days a week, since 2021.

Compare that with the stricter restrictions in Basque Country, for example, where no big business can open on Sundays, nor holidays, and are often closed on Saturday afternoons too.

Generally speaking, the number of Sundays autonomous communities can play with is sixteen spread throughout the calendar years. However, based on each region’s unique economic circumstances, the number of authorised Sunday openings can be tinkered with, whether by increasing or decreasing it. You can usually find your region’s Sunday opening scheduled for the whole year online.

The COVID-19 pandemic shutdown sparked debate about the economic consequences of Spain’s Sunday trading laws. Business groups called on the government to relax some of the restrictions when faced with financial annihilation, and requested freedom to open when they please, as was allowed in the aftermath of the 2008 financial crisis.

With many businesses having closed their doors for the last time during the pandemic, allowing more economic freedom to trade on Sundays is seen as a way of recouping the significant losses many endured during the lockdown.

It would also perhaps be a way to boost employment, although many smaller businesses claim they can’t open on Sundays because they can’t afford to hire new staff or pay their existing workers more money. Smaller businesses and self-employed unions are often at loggerheads over Sunday trading laws with bigger companies and corporations, represented by The National Association of Large Distribution Companies (Anged), with regards to competition and the pros and cons of more liberal trading hours.