Spain’s Health Alerts and Emergencies Centre(Ccaes) has detected the new XE variant of Covid-19 in Spain.

Coinciding with Spain’s decision to end the indoor mask rule, the emergence of XE is worrying, but so far has only been detected in very low numbers – less than two percent of cases.

XE is a new super contagious Covid variant, which is a combined version of Omicron and the so-called ‘Stealth’ or ‘Silent’ Omicron subvariant, as the latter often can’t be detected via Covid-19 tests.

Despite the fact that its presence in Spain is low, Spain’s Ministry of Health warns that according to the latest reports from the United Kingdom, Covid XE has grown in recent weeks at a rate higher than that of ‘Stealth Omicron’ or BA.2.

However, Ccaes confirms that the ‘Stealth’ Omicron variant is still the dominant variant in Spain for now.

READ ALSO – ‘Stealth’ Omicron is now the dominant strain in Spain: What you should know

Covid XE could be the most contagious of all the variants

XE is what’s called a “recombinant” variant, which can occur when a person becomes infected with two or more variants at the same time, causing their genetic material to mix within a patient’s body.

The new strain was detected for the first time in the UK on January 19th 2022 with more than 600 cases and was later reported by the World Health Organisation (WHO) at the beginning of April.

However, the WHO stressed that studies into the global spread of Covid-19 over recent weeks are still being carried out due to the lower number of tests.

Currently, there are more than 1,100 cases of the new variant in the UK and experts there warn it could become the new dominant strain.

There have also been cases detected in Japan, Thailand, Israel and India.

Global health experts say it is too soon to form conclusions on XE’s severity or reaction to vaccines, and this latest variant isn’t the first “recombinant” that’s developed during the pandemic.

However, early studies suggest XE may be more transmissible than previous strains such as Omicron, having so far demonstrated a slightly higher infection rate than its predecessor.

The WHO so far estimates it could be 10 percent more contagious than ‘Stealth Omicron’ subvariant, which in turn was 75 percent more infectious than the original Omicron variant.

According to a report on the XE variant issued by the United Kingdom Health Security Agency (UKHSA), this variant is so far producing symptoms similar to Omicron, which include fever, cough, runny nose, tiredness and headaches.

However, it says that “there is not enough evidence to draw conclusions” about how the new XE variant will behave. 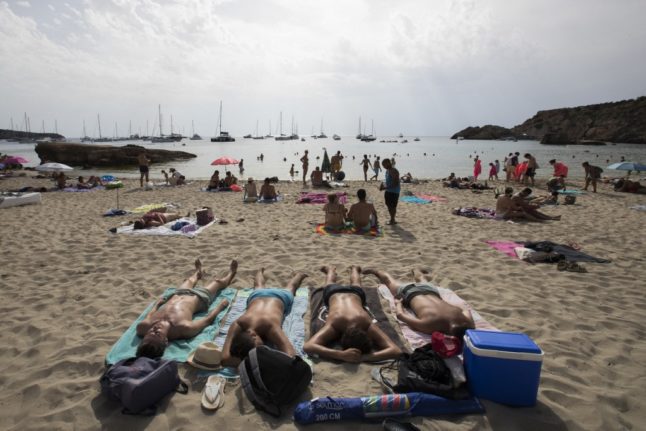 TRAVEL NEWS
TRAVEL: Will Spain change its Covid restrictions ahead of Easter?
Url copied to clipboard!