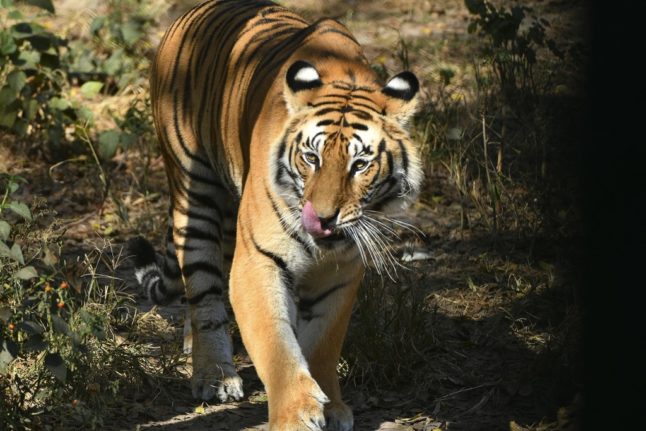 File: A Royal Bengal tiger walks in its enclosure at the central zoo in Lalitpur, on the outskirts of Kathmandu, on December 6, 2021. (Photo by Prakash MATHEMA / AFP)

The Civil Guard said the private collection, estimated to be worth nearly 29 million euros, was discovered in a shed in Betera, near Valencia in eastern Spain.

Among the 1,090 animals seized, 405 are classified as protected, endangered or extinct, including the scimitar-horned oryx once found in parts of Africa.

The Civil Guard said on Sunday it was the country’s “largest haul of nationally-protected taxidermied animals and one of the largest in Europe”.

The owner of the collection is under investigation for smuggling and several environmental crimes.