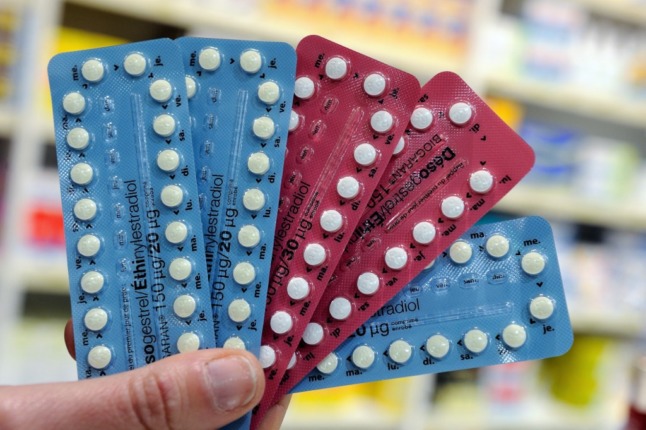 The average age Spanish women have children is at 31.1 years of age, the latest in Europe together with Italian mothers. (Photo by PHILIPPE HUGUEN / AFP)

Spain’s Secretary of State for Equality and the fight against Gender Violence Ángela Rodríguez wants to follow the example of France and offer those under 25 years of age free contraception.

The scheme, which was already in place in the Gallic nation for under-18s, aims to ensure young women don’t stop taking contraception because they cannot afford it.

“One of the elements that we have to discuss is whether to finance free contraceptive elements for those under 25 years of age,” Rodríguez told Spanish radio station Cadena Ser.

“It is important that we open up debate in our country about this,” she stressed, adding that France’s example was “very inspiring” and that such an initiative would be included in the battery of measures for the reform of Spain’s abortion law.

For Spain’s Secretary of State for Equality, there has to be “a little more co-responsibility” between men and women, although she has not clarified yet whether the scheme would make contraceptives such as condoms available for free to both male and female under-25s.

The Equality Ministry will need the backing of Finance Minister María Jesús Montero, who is reportedly likely to back the move.

The average age Spanish women have children is at 31.1 years of age, the latest in Europe together with Italian mothers.

Spain also has a lower rate of teenage pregnancies than other European countries, with only one in every fifty births corresponding to mothers under the age of 18.

READ ALSO: How the pandemic has made Spain’s birthrate drop to its lowest in 80 years

Equality Minister Irene Montero is currently spearheading Spain’s Abortion Law reform, with some of the standout measures being abortions being offered to women across all Spanish hospitals, dropping the age to 16 for which abortion in teens requires permission from parents and scrapping the required three days of reflexion before the intervention.

One of the newer measures mentioned by Rodríguez on Cadena Ser is to also guarantee menstrual and reproductive health by ensuring women get sick leave due to severe menstrual pain.

READ ALSO: Madrid raises age limit for women to have free IVF up to 45