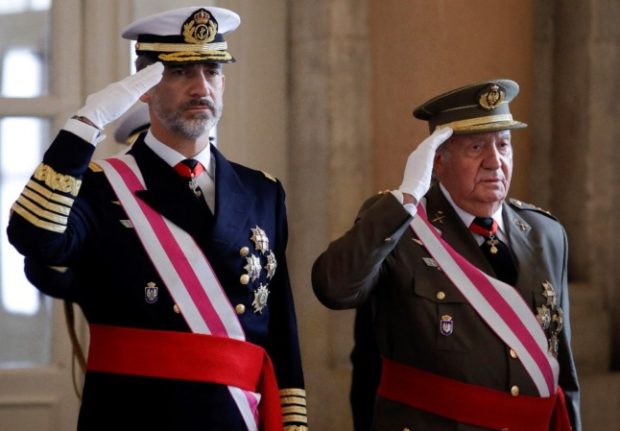 Spain's King Felipe VI and his father Juan Carlos I salute during Epiphany Day celebrations in 2018. The court's decision means the 84-year-old former monarch could return from exile in the United Arab Emirates.(Photo by Juanjo Martín / POOL / AFP)

“The investigation.. does not, in the Prosecutor’s opinion, allow for any criminal action to be brought against His Majesty Juan Carlos,” said the legal document released by the public prosecutor’s office.

The move could pave the way for the 84-year-old former monarch to return from exile in the United Arab Emirates.

Since December 2018, prosecutors have opened three separate investigations into the former king’s finances but shelved all of them for reasons including “the lack of incriminating evidence, the statute of limitations, the inviolability of the head of state and tax regularisation” payments he made in recent years.

Lawyer Javier Sanchez-Junco, whose firm was representing the former royal, confirmed the decision, saying prosecutors had concluded that “in none of the cases.. did they find any wrongdoing that could be attributed to King Juan Carlos or conduct that could be subject to criminal prosecution”.

Investigators initially began probing his finances over possible illegal commissions linked to a high-speed rail project in Saudi Arabia that was awarded to a Spanish consortium in 2011.

The suspicions centre on $100 million (€87 million) that Saudi Arabia’s late King Abdullah deposited into a Swiss bank account in 2008, to which Juan Carlos had access.

But the public prosecutor’s office said investigators “had not been able to establish, even indirectly, any link between the aforementioned payment.. and the awarding of a construction contract for a high-speed railway line in Saudi Arabia”. 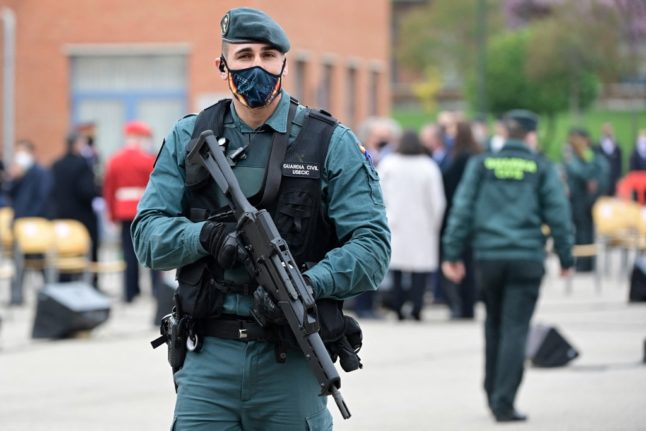