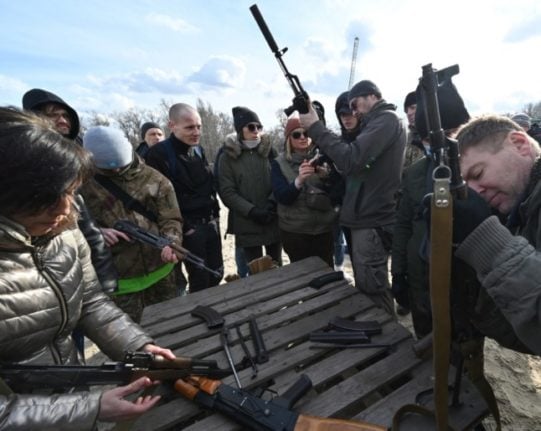 The Spanish government has not yet confirmed what kind of "offensive military hardware" they send to the Ukrainian resistance. (Photo by Genya SAVILOV / AFP) 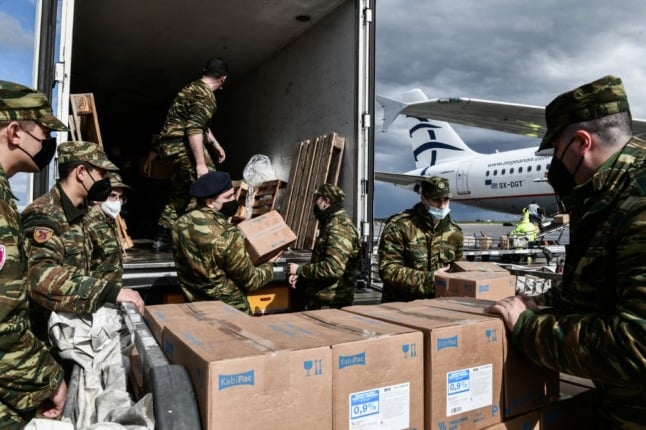 Spain will send more troops to the border with Russia, Defence Minister Margarita Robles confirmed on Monday, without giving a specific number. They are likely to be deployed to Romania and Latvia, not Ukraine.

Currently, Spain has some 800 soldiers deployed on NATO missions on the border with Russia.

Spain’s Armed Forces are present in Latvia with 350 soldiers, in addition to a deployment of the Spain’s Air Force in Bulgaria to monitor the nearby airspace and the participation of the Spanish Navy in permanent Nato groupings in the Mediterranean.

On March 1st, the defence ministry said Spain will send 150 additional troops to Latvia, who will join the 350 Spanish troops already there.

Spanish Prime Minister Pedro Sánchez had initially ruled out the possibility of Spain directly sending weapons to Ukraine, but on Wednesday he announced in parliament that Spain will send “offensive military hardware” to the Ukrainian resistance separately from the EU.

The initial plan was to offer military support only as part of a wider package unveiled by the European Union on Sunday, in which Brussels agreed to unblock €450 million ($500 million).

Members of Spain’s governing coalition party Unidas Podemos have criticised that the EU is contributing weaponry to the conflict, which may explain why Sánchez was dragging his feet on this at first.

The lack of action left Spain as the only large EU country that was not going to send weapons to Ukrainian forces individually in the form of a bilateral agreement.

But the Spanish government finally backtracked on this decision on Wednesday, without clarifying yet what kind of weaponry the “offensive military hardware” will be.

Spain has already sent 20 tonnes of medical and military material for the defence of citizens in Ukraine.

Two planes left last week from the Torrejón de Ardoz air base in Madrid to Poland, from where the material will be delivered by land to Ukraine.

Among the material that Spain has sent are thousands of helmets, bulletproof vests and defence gear against bacteriological or nuclear war, as well as medical supplies such as masks, gloves and protective suits.

The EU’s executive warned on Sunday that Europe should be prepared for its biggest humanitarian crisis in years, and Spanish authorities are fully on board with the prospect of helping Ukrainians who’ve had to flee their homeland.

Spanish Minister of Defence Margarita Robles has said her ministry has set up 100 military hospitals for those arriving with injuries or who require other medical assistance. Madrid will offer 1,000 beds in the city’s Zendal Hospital for the same purpose, as have Murcia and Andalusia.

PM Sánchez on Monday said he would set up a system which allowed the 100,000 Ukrainians already living in Spain to continue to easily  and “legally live and work” in Spain without having to meet the usual criteria for residency and work permits for non-EU applicants. It remains unclear if this offering would also be made to newly arrived Ukrainian refugees.

On Tuesday, government spokeswoman Isabel Rodríguez confirmed Ukrainian refugees would be “full citizens” from the moment they arrived in Spain, notably “in terms of access to employment”.

In line with the other measures, Sánchez is in favour of sanctions being organised through the EU rather than there being direct or additional sanctions by Spain on Russia.

This applies to the EU disconnecting Russia from the Swift network, a flight ban on Russian flights to Spain and for all the EU airspace, the easing of the 90-day Schengen rule for Ukrainian refugees and oligarch asset seizures.

Spain has also proposed that European ports be completely closed to Russian ships as well as for companies with capital in the eastern superpower. 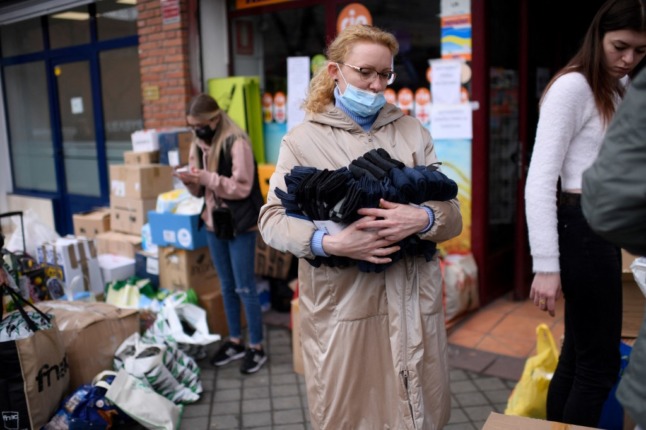 A volunteer packs socks donated as part of an essential goods collection campaign to support citizens in Ukraine, in front of the “Ukramarket” store in Madrid, on February 27th, 2022. (Photo by OSCAR DEL POZO / AFP)

Since Russian forces officially invaded Ukraine on February 24th, dozens of protests have been held day after day in cities across Spain including Madrid, Barcelona, Valencia, Sevilla, Zaragoza, León, Murcia, Logroño and Bilbao.

Around 40,000 Spaniards, Ukrainians and other foreign residents marched through the streets of Madrid on Sunday, brandishing Ukrainian flags, signs reading ‘No a la guerra’ (No to war) and caricature drawings comparing Vladimir Putin to Adolf Hitler.

Is this helping enough?

This all depends on one’s individual interpretation of how involved Spain should be in this conflict.

Spain’s right-wing newspaper El Mundo reported on Monday that Spain was “at the back of the queue” when it comes to European help to Ukraine, pointing out that since February 23rd Ukrainian President Volodymyr Zelenskyy has thanked 22 countries for their assistance, but not Spain.

The fact that Spain was the only major European power not to individually send military weapons to Ukraine was a sticking point for some critics, as was Sánchez’s reluctance to answer questions relating to the potential fast-tracking of EU membership for Ukraine.

But within a matter of hours, the Spanish government appears to have increased its commitment to helping Ukraine, suggesting that although it prefers to take the backseat on the important decisions, it is prepared to follow the example of Spain’s European neighbours.

Spanish authorities have now confirmed that Spain will allow in Ukrainians fleeing the Russian invasion, allowing them to access employment in Spain. They will also send weapons directly to Ukrainian resistance fighters in the end and 150 extra troops will be deployed – to Latvia, not Ukraine – pending a key decision by the EU or Nato on whether to jointly send troops to Ukraine.

Spain is therefore taking tentative steps in a complex conflict that could quickly escalate.

Its assistance and support to the Ukrainian people is undeniable, on the part of both governments and ordinary citizens, and if Spain’s allies are willing to up the ante, the country is likely to follow suit. 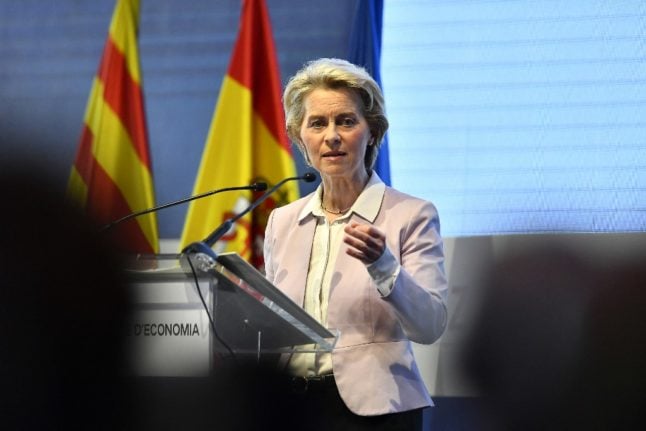 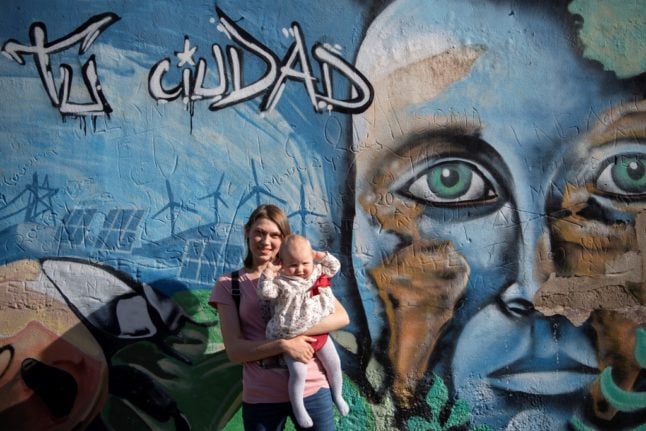 UKRAINE
How Spain is offering ‘children of Chernobyl’ refuge from Ukraine war
Url copied to clipboard!