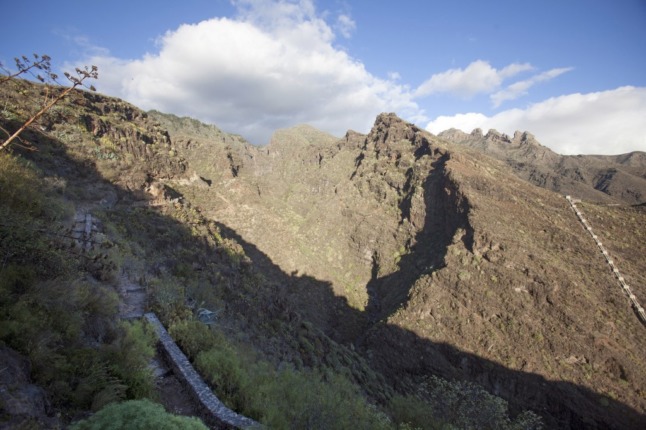 Handrick murdered his wife and son in a cave in Adeje in the south of Tenerife in 2019. Photo: DESIREE MARTIN/AFP

The court also convicted Thomas Handrick of attempting to murder the couple’s younger son, who managed to escape and alert the authorities to what had happened.

It ruled that it had been proven that in April 2019 Handrick, then 43, took his wife and their two children, then aged ten and seven, to an “isolated spot where they could not get help”.

He then struck his wife repeatedy with his hands and a rock until she was dead, the court said.

When his older son tried to protect his mother, Handrick “violently and repeatedly” hit the boy with his hands and rocks until he too was dead.

Handrick’s younger son managed to flee and “survive his trek though a remote and uninhabited area” and then led police to the bodies of his mother and brother.

Handrick was then arrested at an apartment in Adeje on the south coast of Tenerife.

The crime sparked outrage in Spain, with Prime Minister Pedro Sanchez blasting the act of “gender-based violence” on Twitter.

The couple had reportedly been separated for some time and the woman had travelled to Tenerife with her two sons to visit Handrick, who was living in Adeje at the time.

Tenerife is the largest of Spain’s Canary Islands, located in the Atlantic Ocean off the coast of Morocco. The island is a popular holiday destination for German and British tourists.