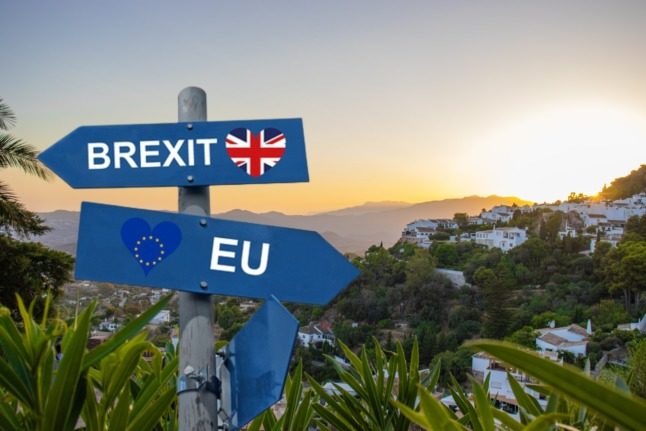 The Brexpats in Spain team will discuss some of the current Brexit challenges at a public meeting in Mijas (Málaga province) on February 22nd, with UK consular staff also scheduled to be present to answer questions. Photos: Tumisu/Pixabay, Jakub Uzieblo/Unsplash

How has Brexit affected you? If you are a resident here, have a second home here or just planned to retire here in the not too distant future then, for sure, you will have experienced at least one negative impact of Brexit.

For those who do not know me I set-up the Brexpats in Spain association in July 2016 and we now have over 30,000 members. Many are still suffering the consequences of Brexit – unwelcome consequences obviously but mostly also unexpected ones.

So, what does my association do? In a nutshell, we help the British who have an interest in Spain to legalise their situation here.

As a retired university lecturer I could talk about education till I am blue in the face but I am not legally qualified so we have a team of experts who help us and many offer special deals for our members – lawyers, doctors, taxation, insurance and telecommunication experts, to name a few.

Over the years we have built a very close relationship with the British Embassy and Consulates, with the Spanish Councils, authorities and the Law Society and we rely upon them for their expertise, support and regular updates.

So what are some of the challenges Britons in Spain are facing in 2022 that we’re looking to help resolve?

Many of you have been adversely affected by the lack of an agreement between the UK and Spain for the exchange of UK driving licences.

As a beneficiary of the Withdrawal Agreement (WA), to be able to exchange your driving licence, you had to register your intention to do so with DGT here in Spain before December 30th 2020.

The WA did not allow for exchange of international data so Spain would not have been able to validate our UK licences. Given the huge demand by the British and the fact that Covid meant that DGT were working on restricted hours with skeleton staff, Spain has granted us several grace periods during which time we should have affected the exchange and now our UK licences will cease to be valid here after February 28th 2022.

Negotiations between the UK and Spain have been ongoing since 2020 and those of you who are reliant on the use of your car because you live in the campo (countryside), have no public or school transport are now being advised by the British Embassy not to wait until the end of this month because if there is no further extension or agreement you will have to take the Spanish driving test and this has to be done via a driving school.

The theory can be done in English but the practical is in Spanish. I know many are still hoping for that elusive agreement and I fear that come the end of this month, they will be unable to use their cars. Some are also under the misunderstanding that their International Driving permit (IDP) will still allow them to drive. It won’t. An IDP is not a stand-alone document and must accompany a valid driving licence and after February 28th your UK licence will cease to be valid. If you are here via a visa route then you can drive on your UK licence for 6 months from the date of your TIE but then must sit the Spanish driving test. 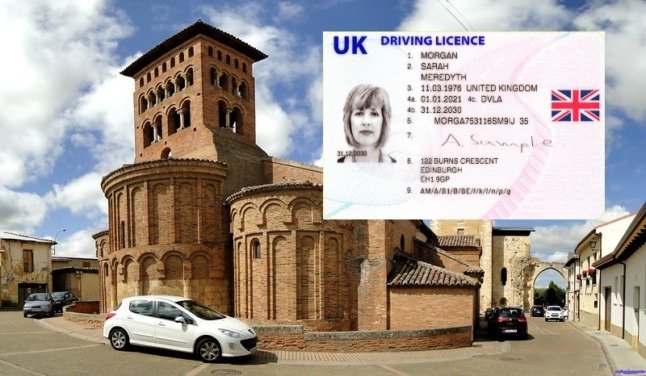 Maybe now, given the result of the referendum, we might give more thought to the importance of our vote. Any British resident here for more than 15 years cannot vote in the UK elections (we are still awaiting that promised vote for life!), we cannot now vote in the EU elections nor can we vote in the Spanish national elections so the only elections we can vote in are the municipal elections.

To date, we British residents here have not placed a lot of importance on these local elections but I think things might change come the date of these elections on May 28th 2023.

So, what qualifies us to vote in them? There is a lot of misinformation surrounding this and I have been working closely with a local Councillor to get the correct information.

In the first instance, you must have continuous residency here for three previous years and obviously be on the padrón. You will need to complete your registration on the electoral register (Censo Electoral) and Spain is drawing up the new forms for us now we are no longer EU citizens so until those forms are available I would recommend that you keep your padrón updated.

Don’t forget that as third country nationals now we must update it every two years. By the way, did you know that for every resident on the padrón, the local Council gets funding from central government to spend on improving our local surroundings – infrastructure, parks and gardens, emergency services, policing, education etc? It is actually a win-win situation for us all because a property in a well-maintained area will certainly be more appealing at the time of selling.

Misinterpretations of the rules

As well as helping, we also try to challenge the wrongdoings of the authorities here. Spain is not perfect, we all know they love bureaucracy but sometimes it seems that the information from central government does not filter down to those on the ground who can misinterpret the rules.

A recent case I have been alerted to is of a couple who are home owners here took a trip to Gibraltar and on crossing back into Spain were stopped for a random check at the border. The wife has a TIE but her husband doesn’t, so he is not a resident here. They had arrived back in Spain at the end of January but as a result of him being on the padrón, although he has no residency here, his UK-plated car was impounded because it is registered in his name. This could have serious implications for non residents-here being on the padrón.

Obviously we all know that if you are a British resident here you cannot drive a UK-plated vehicle but I have always argued that being on the padrón does not prove residency although the Foreign Offices still insist that applications for residency must be accompanied by the padrón certificate, some even ask for historic padróns going back a few years.

My argument is that I could buy a property here today, register on the padrón at my local town hall tomorrow, leave Spain the next day and not return until I have to re-register which now, as a third country national, is every two years. How does that prove my residency here? And why should this man’s car be impounded because he is not a resident, he is a tourist and within his 90 days Schengen allowance?

There are also a lot of rumours circulating currently about the tax declaration of the Modelo 720 since the ECJ has ruled that Spain infringed the European principle of free movement of capital and Spain will be changing its regulations but the ruling is against the 720’s penalty regime and not against the 720 itself so it must still be completed and declared if you are a resident here and own assets outside of Spain. 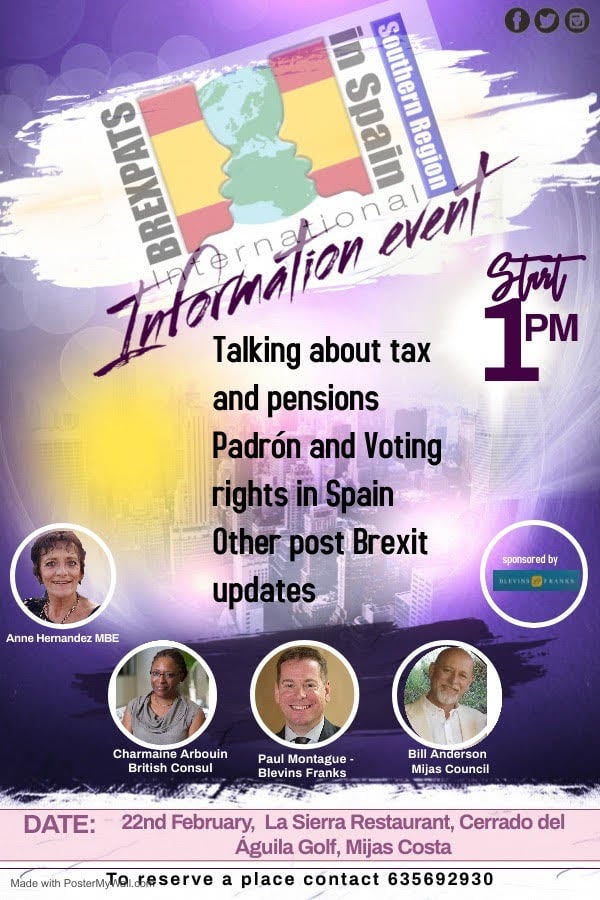 All this and more will be discussed by our experts at our public presentation on February 22nd and I shall be giving detailed feedback in my next article.