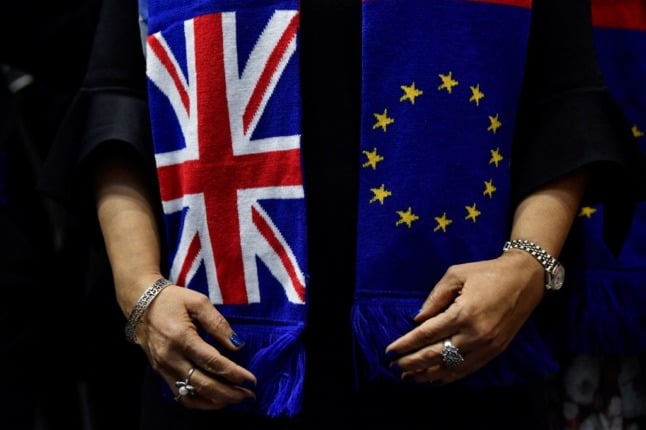 How many Britons in EU acquired post-Brexit residency and how many were refused? (Photo by JOHN THYS / AFP)

The numbers were laid out in the latest report by the joint EU/UK Specialised Committee on Citizens’ Rights, which was set up to keep a check on whether the Citizen’s Rights aspect of the Brexit Withdrawal Agreement was being properly enforced.

In total some 497,100 Britons in the EU out of an estimated 1.093 million have acquired a post-Brexit residence status – although this doesn’t tell the full story because Britons living in many EU countries have not been obliged to apply for a post Brexit residence permit.

The numbers show the number of British citizens who applied for post-Brexit residency permits in those countries where it was obligatory to do so, how many were successfully granted it and a number for how many were rejected.

Out of 289,900 Britons living in countries that obliged them to obtain a residence permit some 258, 400 successfully acquired it.

In France it was initially estimated that there were 148,000 Britons who were expected to apply for post-Brexit residency status, but in the end French authorities received over 165,000 applications, as shown in the table below.

When it comes to the refusals that figure also includes an unknown number of duplicate applications so it is unclear just how many Britons were actually refused residency – anecdotal evidence suggested that a significant number of people made two applications – either in confusion when the application system changed or after waiting for months for a reply.

Campaign groups have previously said they believe the number of people actually refused to be very low and mainly due to having a serious criminal record.

Elsewhere the Swedish Migration Agency received 12,700 applications for post-Brexit residence status before the deadline on December 31st 2021. Of these, 9,900 had been concluded by January 24th 2022, when the European Commission’s report was published.

Of the 9,900 concluded applications, 1,100 were rejected (figures are rounded to the nearest 100 except for numbers below 500). This represents a rejection rate of just over 11 percent. This includes 149 applications which were rejected as being incomplete.

In Denmark around 250 applications were rejected out of 18,100 applications. In Austria there was no data available for the number of refused permits but 8,400 UK residents successfully acquired post-Brexit status.

Jane Golding Chair of the British in Europe campaign group, told The Local: “We don’t know anything about whether the figure given includes people who successfully reapplied at a second attempt.  I would presume not, as people who were refused would appeal, not apply again, so I’m not sure why there would be a second application.  We only know what it says in the table.” The table shows the outcomes for a new residence status in constitutive systems. (Joint report on residence rights)

“It’s not surprising that France is the outlier,” says Jane Golding. “There is no compulsory registration system in France for EU citizens and it was the only country in which British citizens in the EU were not systematically registered.

“This accounts for why the estimated numbers might have been wrong and so, as in the UK as regards EU citizens in the UK, there turned out to be more UK citizens in France than estimated.”

Golding says there are various reasons for the shortfall including a lack of information for British residents in some of these countries, the lack of a hard deadline for applications as well as the fact many may be so well integrated that they were not aware they needed to do anything. Many others may also have applied for citizenship of the country and therefor did not need to apply for the Brexit document.

“For example, Germany used to have over 100,000 UK citizens, but given the large number who have taken dual citizenship, the estimated number is now 85,100,” she said.

In Spain many British residents already had pre-Brexit residence cards and have not been obliged to exchange.

As the table below shows very few residence in declarative countries have been refused the Brexit document apart from in Spain where some 3,400 have been rejected. Again it is unclear whether this figure includes duplicate applications that were later successful.

In Italy only 2 applications have been officially rejected. “The UK also expressed concern at the lack of detail around late residency application policies in constitutive member states,” the statement said.

According to new data released by the EU statistical office, Eurostat, the knowledge of the national language and the recognition of professional qualifications are the two most common obstacles experienced by foreign-born people in finding a ‘suitable’ job in countries of the European Union.

Overall, about a quarter of people born outside the EU who had experience in working or looking for work in the bloc reported some difficulties getting a ‘suitable’ job for level of education (without considering the field of expertise or previous experience).

The Eurostat analysis shows that the situation is better for EU citizens moving within the bloc. But there are major differences depending on countries and gender.

Life can be more difficult for women

In 2021, 13.2 percent of men and 20.3 percent of women born in another European Union country reported obstacles in getting a suitable job in the EU place of residence.

Finland (42.9 percent), Sweden (41.7 percent), Luxembourg (34.6 percent) and France (32.1 percent) are the countries with the highest shares of people born outside the EU reporting problems. Norway, which is not part of the bloc, has an even higher percentage, 45.2, and Switzerland 34.3 percent.

The lack of skills in the national language is most commonly cited as a hurdle, and it is even more problematic for women.

This issue was reported by 4.2 percent of men born in another EU country, 5.3 percent of those born in a developed country outside the EU and 9.7 percent of those from a non-EU country with a middle or low level of development. The corresponding shares for women, however, were 5.6, 6.7 and 10.5 percent respectively.

The countries where language skills were more likely to be reported by non-EU citizens as an obstacle in getting a relevant job were Finland (22.8 percent), Luxembourg (14.7 percent) and Sweden (13.1 percent).

As regards other countries covered by The Local, the percentage of non-EU citizens citing the language as a problem was 12.4 percent in Austria, 10.2 percent in Denmark, 7.8 percent in France, 5.1 percent in Italy, 2.7 percent in Spain, 11.1 percent on Norway and 10.1 percent in Switzerland. Data is not available for Germany.

Portugal (77.4 percent), Croatia (68.8 percent), Hungary (58.8 percent) and Spain (58.4 percent) have the highest share of people from outside the EU already speaking the language as a mother tongue before arriving, while more than 70 percent of non-EU citizens residing in Denmark, Finland, Luxembourg and Norway said they had participated in language courses after arrival. 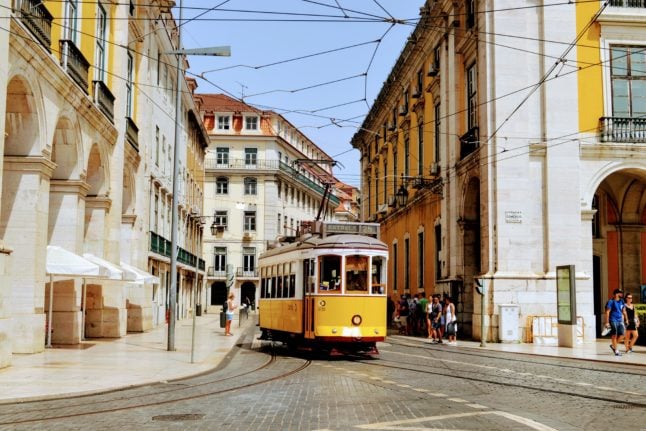 Portugal has the highest share of people from outside the EU already speaking the language as a mother tongue before arriving. (Photo by Aayush Gupta on Unsplash)

Eurostat says this reflects an “unofficial distrust” among employers of qualification obtained abroad and the “low official validation of foreign education”.

The lack of availability of a suitable job was another factor mentioned in the survey. In Croatia, Portugal and Hungary, this was the main obstacle to getting an adequate position.

Restricted right to work due to citizenship or residence permits, as well as plain discrimination on the grounds of origin were also cited as problems.

Citizenship and residence permits issues are unusual for people from within the EU. For people from outside the EU, this is the only area where women seem to have fewer problems than men: 1.6 percent of women from developed non-EU countries reported this issue, against 2.1 percent of men, with the share increasing to 2.8 and 3.3 percent respectively for women and men from less developed non-EU states.

The article is published in cooperation with Europe Street News, a news outlet about citizens’ rights in the EU and the UK.