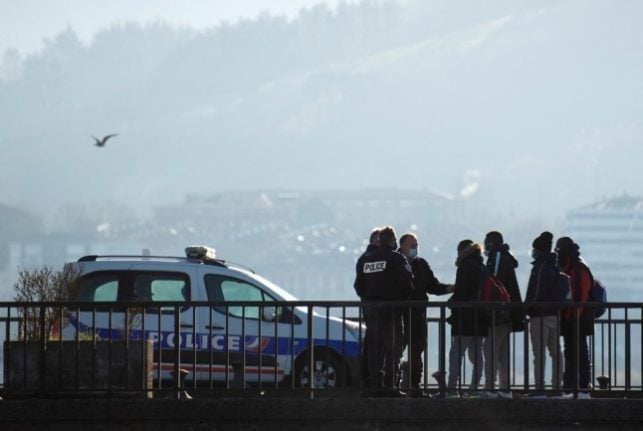 “Guys, we’ve got to get out of here!” urges Junior, a 20-year-old migrant from Ivory Coast, breaking the tense silence inside the train crossing the Spanish border into France.

Many come from former French colonies in West Africa where French is widely spoken and want to join family members living and working in France.

But at the station in Hendaye, French police are on patrol.

With Junior are five other migrants from Mali, Guinea and Ivory Coast. But only he dares get off the train.

“You don’t have a visa, you can’t come here,” one of the police officers tells him after glancing through his passport.

When they think the coast is clear, the other five quickly drop down onto the tracks.

“Stay where you are!” bellows a policeman, prompting one of the young migrants to race for a two-metre fence which he scrambles over, disappearing off into the streets.

But the others freeze as the police approach and give them forms marked “entry refused”. They are then put back on the train to the Spanish border town of Irun, an AFP correspondent said. A migrant escapes running after crossing the border between Irun (Spain) and Hendaye (France) in the French Basque city of Hendaye on January 13, 2022.Photo: ANDER GILLENEA/AFP

To get here, many of these migrants have already made the perilous journey between the African coast and Spain’s Canary Islands, braving the Atlantic in barely seaworthy ramshackle boats.

Last year, 13,164 people were turned away at the French-Spanish border in the Pyrenees-Atlantiques region of France, which Hendaye is part of, more than twice that of 2020, French interior ministry figures show.

The figures are higher due to increased vigilance and more migrants travelling given the easing of Covid travel restrictions put in place at the start of the pandemic.

With increased patrols on both sides of the border, migrants are taking ever more risks, according to researchers, NGOs and local officials.

Last year, two Ivorians and a Guinean migrant drowned while trying to swim the Bidassoa River which marks the border. And in October, three Algerians who managed to cross into France died after being hit by a train.

On Santiago Bridge, which crosses the Bidassoa, French police carry out periodic checks on vehicles, while the adjacent pedestrian bridge has been closed off with huge metal fences nearly three metres (10 foot) high.

In Irun, 20-year-old Yakuba steps out from the Red Cross migrant reception centre to smoke a cigarette.

Along his nose runs a large scar he got scaling the huge spike-topped metal fence separating Spain’s Melilla enclave from Morocco in June.

“I’ve got one on my foot too, there was a lot of blood,” shrugs Yakuba, who says he left Mali “because of the war”. People hold torches during a protest march at the Spanish-French border crossing bridge between Irún (Spain) and Hendaye (France), following the death of a migrant two days ago while he attempted to swim across the Bidasoa river. Photo: ANDER GILLENEA/AFP

After several unsuccessful attempts to cross into France over the Pyrenees, by train and finally on the Santiago Bridge, Yakuba is considering the “taxi mafia” — smugglers who charge €150 ($170) to cross the border.

But in the end, he manages to cross the bridge on his second attempt.

Although France and Spain are part of the passport-free Schengen zone, routine immigration checks were reinstated following the 2015 Paris attacks that killed 130 people.

Since then, police numbers have doubled, the interior ministry says.

But rights groups claim the checks only target people based on the colour of their skin.

People are turned away “without any respect for their fundamental rights,” explains Bilbao University law professor Iker Barbero. Even those seeking refugee status are “sent straight back” and “prevented” from claiming asylum, he adds.

“It is not the police’s job to decide” whether they can claim asylum or not, he says. Nor are they permitted to turn away unaccompanied minors who, under international law, “must be protected”, Barbero adds.

On the Spanish side, police speaking on condition of anonymity criticised the legal uncertainty, saying they felt “powerless” over the constant back-and-forth of migrants sent back by France and then released in Spain, but who kept trying to cross back. French police officers check the documents of a migrant (2R) at the Hendaye’s train station on January 13, 2022. With increased patrols on both sides of the border, migrants are taking ever more risks. (Photo by ANDER GILLENEA / AFP)

But one government representative in France’s Pyrenees Atlantic region, Theophile de Lassus, rejects such allegations. He says entry rules “apply to everyone” and are “fully respected”.

Migrants “who choose to enter without applying for a visa or a residency permit are turned away,” he told AFP, rejecting claims migrants were not always informed about their rights and that minors were sent back.

In 2019, only four percent of illegal migrants arrested in Spain’s San Sebastian province, where Irun is located, were sent back to their country of origin, according to internal data consulted by AFP.

France and Spain are planning to launch a new joint immigration patrol in the summer.

But Junior is not put off.

“My aim is France… and I’m going to keep on trying.”

“It can’t be worse than crossing the Atlantic, so we’re not going to be put off now.”

Amnesty International (AI) has criticised Spain for using “double standards” when it comes to the situation of refugees.

The Spanish branch of the human rights group, which made the comments coinciding with the release of AI’s global 2021/2022 report, argues that on the one hand the Spanish government is making efforts to provide a quick response to those escaping conflict in Ukraine or Afghanistan but by contrast uses excessive violence or persecution against African migrants crossing into Spain.

“We can’t one day welcome with open arms those who escape war, and the next day beat and use extreme brutality against those who jump the fence in Melilla,” said the director of Amnesty International Spain Esteban Beltrán.

“It’s incoherent to demand a coordinated and open response for refugees in the European Union, and then carry out quick returns, even of minors, and justify everything based immigration control.

“Spanish authorities must decide whether they want to comply with international law at their borders, or if they’re only going to do so when it is of interest to them,” Beltrán concluded.

Amnesty International’s 2021/2022 report explains in its section on Spain how after the Taliban took power in Afghanistan in 2021, the Spanish government evacuated 2,026 people and for the first time allowed people of Afghan nationality to apply for asylum in the Embassy of Spain in Pakistan.

As a further example of Spain’s double standards, the report points out the “overcrowding and precariousness” in migrant centres in the Canary Islands, referring to the poor conditions as “avoidable” and down to “poor management”.

Asylum-seekers in Spain have allegedly not been given access to adequate information about their rights, and Spanish authorities have not guaranteed their timely registration or the processing of their applications.

The human rights group with its headquarters in London also accuses Spain of “illegally and collectively” returning migrants to Morocco, including unaccompanied migrants.

In 2021, a total of 22,200 people arrived by sea to the Atlantic archipelago and at least 955 of them, including approximately 80 minors, drowned before they could reach Spanish shores.

The report, which analyses the human rights situation in 154 countries, also speaks negatively of the impunity displayed at Spanish nursing homes during the Covid-19 pandemic, when hundreds of infected elderly people were not properly cared for or were left to die alone.

Amnesty International also stresses there’s been “another pandemic” in Spain in the sense of the lack of adequate access to healthcare for people with chronic diseases, the elderly, and people with mental health problems whilst Covid-19 has dominated health personnel’s workload.

Freedom of expression and the right to protest also continues to be threatened in the Spanish state according to the annual report, citing examples such as the absence of reform of the so-called gag law and the application of Spain’s Criminal Code in cases such as the conviction and imprisonment of rapper Pablo Hasel.

The “excessive” use of force by Spanish law enforcement officers in order to break up demonstrations, such as the inappropriate use of foam balls, continues to be denounced by Amnesty International. 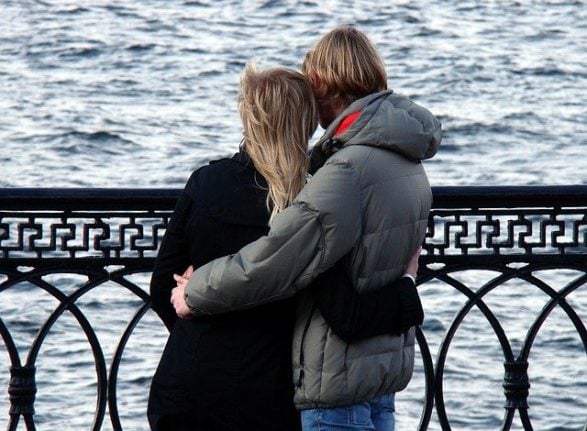 IMMIGRATION
Moving back to UK: Brits in Spain with EU partners warned of immigration problems
Url copied to clipboard!