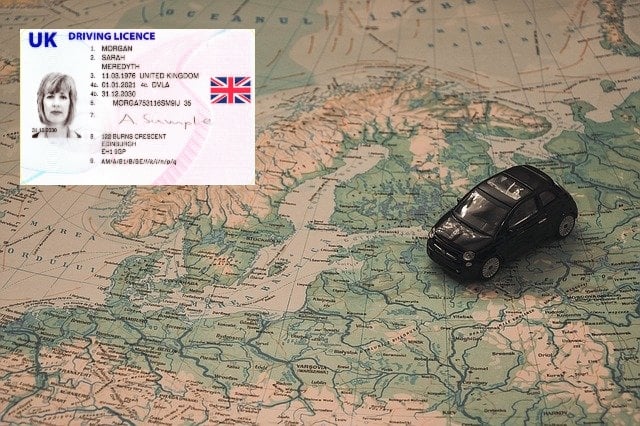 The vast majority of EU countries have reached deals with the UK over the exchange of driving licences post-Brexit. Photo: Pexels/Pixabay

In late February 2022, Spanish authorities extended once again the period of validity of UK driving licences in Spain, giving some respite to British licence holders as negotiations over the mutual exchange of licences continued for another two months.

The April 30th deadline is now here and the British Embassy in Madrid is set to make an announcement to confirm whether there will be a fifth extension or an agreement over the mutual exchange of Spanish and British driving licences post-Brexit, or the failure to reach such a deal.

It’s hard to say as so little has been disclosed about negotiations and the reasons for the holdups, but for several months now the UK embassy has been advising those who must drive whatever the outcome to consider sitting their Spanish driving exam in anticipation.

If a deal wasn’t reached then UK licence holders would reportedly only have to sit their driving test again (theory and practical), and the examen práctico is always conducted by a Spanish-speaking examiner, a concern for British resident drivers who aren’t fluent in Spanish.

“We remain fully committed to reaching a long-term agreement with Spain,” the British Embassy in Madrid wrote on Facebook in late 2021.

So is it true that most European nations have reached successful agreements with the UK over reciprocal driving licence recognition and exchange and the ‘Spanish deal’ is lagging behind?

The evidence suggests so.

As things stand, Spain and Italy are the only European countries where licence exchange negotiations are ongoing.

However, UK driving licences remain valid in Italy until the end of 2022, so drivers who were living in Italy before the start of 2022 have more time to sit their Italian driving test in the event that a deal isn’t reached, or conversely they have more time to wait and see what happens.

French and British authorities reached a licence exchange agreement in June 2021, considered a generous one for UK licence holders residing in France as those with licences issued before January 1st 2021 can continue using their UK licences in France until either the licence or the photocard nears expiry.

Sweden and the UK reached a deal even earlier in March 2021. British people resident in Sweden can exchange their UK driving licences for an equivalent Swedish one, without needing to take a test, just as they could when the country was a member of the European Union.

In neighbouring Portugal, resident UK licence holders can continue to use their valid UK licences until December 31st 2022 but they must exchange their licences for Portuguese ones before that date.

There are slight variations in the conditions between countries, and some say you “can exchange”, others that you “must exchange” and most encourage UK licence holders to swap “as soon as possible”. In Greece, UK licences continue to be valid without any restrictions or deadlines for exchange.

That leaves Spain and Italy as the two EU/EEA countries where a deal on a straightforward exchange or long-term recognition of UK licences among residents is still hanging in the balance.

The only question that’s left is why.

Why did Spain have to have a system in place that required UK licence holders to register their intent to exchange a whole year before Brexit came into force?

Why are the driving rights of all Britons who resided in Spain before December 31st 2020 not part of the other protected rights they enjoy under the Withdrawal agreement?

And why is it taking so long to reach an exchange deal between two allies with such close economic and social links?