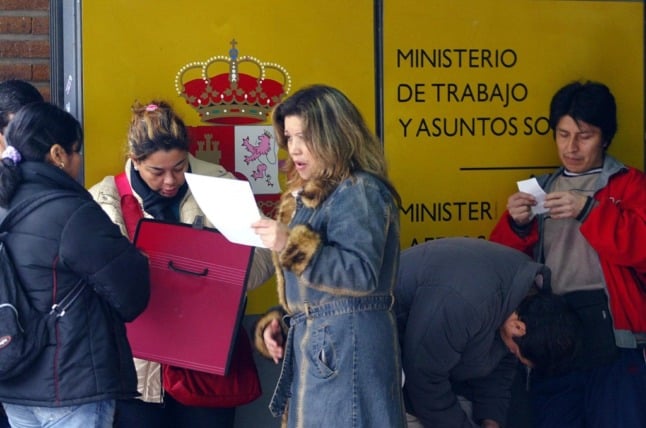 People queue outside a social security office in Spain in pre-pandemic times. Changing a non-lucrative visa for another residency or work permit is possible. Photo: Jose Jordan/AFP

As the name suggests, the non-lucrative visa is a residency permit which does not allow you to work in Spain, whether that’s for a Spanish employer or as a self-employed worker.

Instead you have to show proof you have “sufficient financial means” to cover all your expenses for there to be no possibility that you’ll be a burden for the state, in the form of money in the bank or other ‘passive’ assets or investments that generate money for you.

You apply for this document from outside of Spain and if it is granted to you, you can spend more than 90 days in Spain as a non-EU citizen and get temporary/short-term residency, which can be proven through a TIE card you’ll need to apply for.

READ ALSO: How much money do non-EU nationals need for Spain’s non-lucrative visa?

The next two NLV (as English speakers often call it) renewals last two years, and therefore you have to show you’ll have double that amount on both occasions that you reapply.

As a result, many foreigners may find they cannot ‘afford’ the non-lucrative visa without working.

So are you able to exchange your non-lucrative visa for another residency permit or visa?

Or perhaps you are using the non-lucrative visa for retirement purposes and intend to stay in Spain long term without working. Are you able to change your visa for a permanent residency visa?

The short answer is yes, it’s possible to change your non-lucrative visa for a work permit or to become self-employed (autónomo) through a process called residence modification.

Exchange your non-lucrative visa for a work permit

During your last few months on the non-lucrative visa, you are able to apply for jobs in Spain in the hopes of changing your visa and being granted a work permit.

In this way, it will be a lot easier for both you and your potential employer, as you will already be a resident in Spain.

In order to modify your permit from a non-lucrative one to a work permit, you will need to meet certain requirements. These are:

If you decide that you want to start your own business and become self-employed instead of trying to get a job, then it’s also possible to change your non-Lucrative visa for one that allows you to become autónomo.

To be eligible to do this, the first couple of requisites are the same as above – ie. you must have been a resident in Spain for at least one year and you must not have a criminal record or be prohibited from entering Spain.

You may also have to present a business plan and get a certificate from the Self-Employed Workers Association in Spain stating that the project is viable.

How to modify your visa?

You can modify your visa and submit your renewal by filling out the relevant forms – EX03 in the case of changing it for a work permit and EX07 in the case of going self-employed.

Along with these forms, you will have to provide copies of your ID documents, as well as any documents mentioned above such as pre-employment contracts, any certificates of qualifications and proof of finances if planning on setting up your own business.

It’s a good idea to hire a gestor or a lawyer to help you with this to ensure you have filled everything out correctly and have all the corresponding evidence.

Can I get permanent residency after my non-lucrative visa?

If you don’t want to work, but want to carry on benefitting from the non-lucrative visa and living in Spain, you can do so by renewing your NLV for a further two years.

In order to do this, as mentioned earlier, you will have to show you have enough funds to support yourself and any family members for two years.

READ ALSO: Can I be a non-resident for tax purposes with Spain’s non-lucrative visa?

Once these two years are up, you can apply to renew the two-year non-lucrative visa again, providing that you have sufficient funds.

After the end of this period, you will already have been in Spain for a total of five years, meaning that you can then apply for long-term or permanent residency, which is valid for ten years.

As it means changing your non-lucrative residency status for a permanent/long-term residency permit, you will not need to prove NLV-related financial means for those ten years or any period of time. You can work and reside legally and indefinitely in Spain (although you can lose it with very long absences or if you have problems with the law).

Spain’s permanent residency can also be renewed or instead you can apply for Spanish nationality after ten years in the country.

Keep in mind that during those first five years on the non-lucrative visa while you still have short-term/temporary residency, you can only be absent from Spain for a maximum of 10 months over the five-year period if you want to apply for permanent residency.

There’s also the limit of one continuous 6-month period of absence, but that only leaves you with another 4 months to be absent from Spain during the rest of those five years. 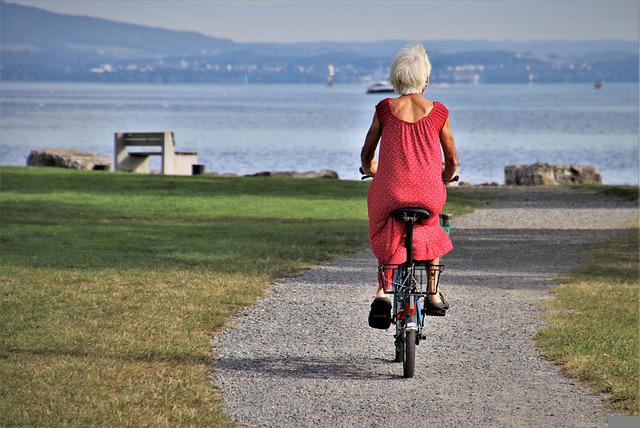