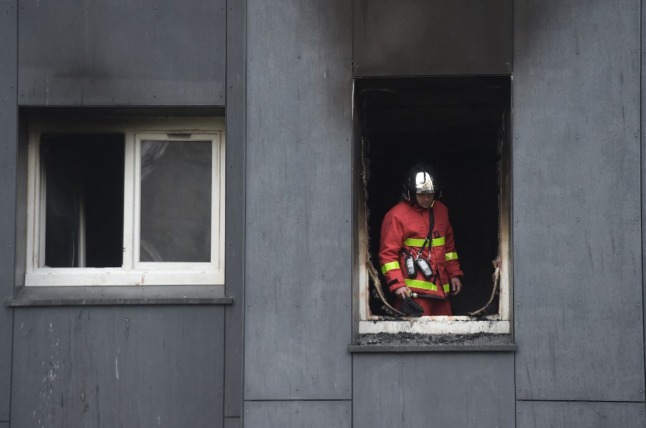 investigations indicate the fire may have been caused by a short circuit in an oxygen unit. Stock photo: Lucas BARIOULET/AFP

Ten ambulances rushed to the scene after the fire broke out around 11:20 pm (2220 GMT) Tuesday, with rescuers evacuating 71 people.

Medics initially gave a toll of five dead and three seriously hurt, although one of the injured later died.

“I can confirm that a sixth person has died, another elderly person,” an emergency services spokeswoman told AFP as the local authority declared three days of mourning.

Nine fire engines were deployed to tackle the fire at the elderly residence in Moncada, just north of the eastern resort city of Valencia.

The fire was raging when they arrived, consuming one wing of the residence, the emergency services said.

Local mayor Amparo Orts told Spain’s RNE radio the wing affected by the blaze had been “very badly damaged” and it was not clear whether the residence would be able to continue operating.

Initial reports pointed to an electrical fault in one of the bedrooms but Orts said it was “too early” to establish the cause.

“We are declaring three days of official mourning from today until Friday and will hold a minute’s silence at midday” on Wednesday, she said.

Spanish Prime Minister Pedro Sánchez sent his condolences to the families of the victims, saying he was “following with concern the condition of those injured.

All our heartfelt support to them and to the community,” he tweeted.

Valencia’s regional leader Ximo Puig also offered his condolences to all the families who had lost a loved one in the blaze.

“The Guardia Civil is inspecting the site to determine the cause of this terrible accident and right now the most important thing is that the injured recover,” he said at the scene in remarks broadcast by RNE.