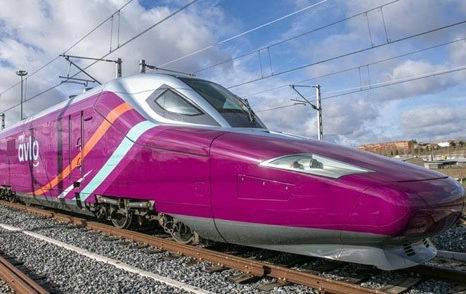 Great news for those in the Valencia region who fancy a city break in the capital, and for Madrid residents in search of some sun, sea and fun on the Costa Blanca.

There’s a new low-cost high-speed AVE train that will link Valencia and Madrid, with the launch scheduled for Monday February 21st.

From then on, there will be three daily services in each direction, representing 2,200 seats in total over the six daily journeys.

Four out of the six services will stop in the historic town of Cuenca in Castilla-La Mancha region and in Requena-Utiel in the interior of the Valencian Community.

Tickets start for as little as €7, and although there will only be a limited number of seats going for this price, so far Avlo tickets always seem to be cheaper than Renfe’s.

According to Spanish website trenes.com, the average single ticket price of a Renfe Ave ticket between Madrid and Valencia is €45.

AVE trains take on average 1 hour and 38 minutes to complete the 302 kilometres that separate Madrid from Valencia.

There is no class-system onboard Avlo trains, but rather a similar system to that of low-cost airlines where no-frills tickets are cheaper but adding extra services such as choice of seat, cancelling tickets or additional luggage costs more.

The basic fee does include one suitcase and one piece of hand luggage.

Children under the age of 14 will enjoy a flat fee of €5, as long as an adult ticket is also purchased (maximum of two discount child tickets per adult).

Large families are also expected to be eligible for further discounts of between 20 and 50 percent on their tickets.

Spanish state rail operator Renfe, which until recently operated a monopoly in Spain, now has a competitor in low-cost train company Ouigo, owned by France’s SNCF.

Avlo is the cheaper-priced subsidiary of Renfe’s popular high-speed service called AVE — which is Spanish for bird.

Avlo has enjoyed a lot of success since it launched its Madrid-Barcelona route in June 2021, with occupancy rates above 90 percent. After the Valencia-Madrid route, it intends to connect the Spanish capital to Seville over the course of 2022.

Ouigo is also looking to connect Valencia and Madrid by spring 2022, which could mean competition keeps prices down.