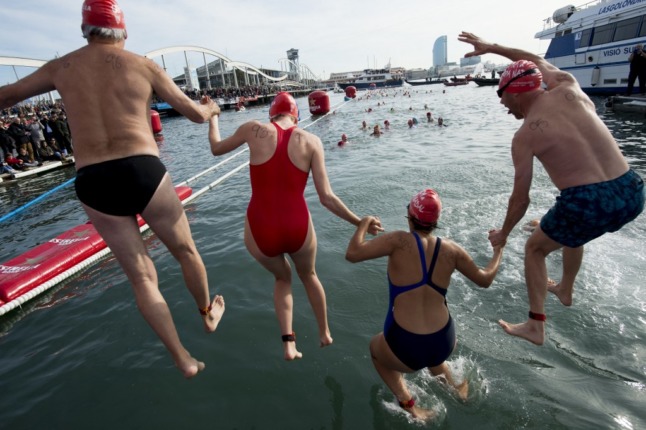 According to Spain’s national weather agency Aemet, the week of 20th to 26th will be “characterized by the successive passage of Atlantic fronts… that will leave rainfall in the extreme west of the peninsula” and rainy spells across the rest of Spain.

Not only will western Spain be rainy this week – particularly the Gulf of Cadiz area – but it is likely, Aemet says, “that there will be weaker and more dispersed rainfall on the Cantabrian slope, upper and middle Ebro, and the Pyrenees” in the north, and that the rains will spread eastward through the week leading to Christmas.

In terms of temperatures, they are set to hover in the low-teens in Madrid and Barcelona, and around the mid to high-teens in the Valencia and Sevilla areas, with the Canaries topping the charts in the high-teens, perhaps even into the low twenties.

After Christmas? More of the same. “Probably, the week from Christmas to New Year’s will be more rain than usual in the south again, but also in the center and east, so by the end of the year the rains could irrigate the whole country,” one Aemet spokesman predicted. Merry Christmas!

High temperatures (18°C) in the Valencia region, and Mediterranean coast more generally, with heavy rain forecast for western Spain from Cadiz all the way up to Galicia.

The rest of northern Spain, including Cantabria and Pais Vasco, should stay dry for most of the day and be somewhere in the mid-teens in terms of temperature.

There’s rain forecast in Barcelona, and Madrid will stay dry but be chilly at around 11°C.

Both the Belearics and Canaries will stay dry with temperatures pushing the high-teens.

Much of south-western Spain will stay rainy on Christmas day, and the rain will arrive in Madrid overnight as it spreads eastward. In Andalucia, the rains will spread as far east as Granada, and in the north Bilbao.

Showers are forecast in the Balearics in the morning, but will brighten up during the day and reach temperatures of 16°C.

By Christmas evening, the rains will have made their way eastward to such an extent that only the Murcia and Valencia regions aren’t forecast showers.

Rain is forecast to continue on and off during Boxing Day, reaching the Valencia region by afternoon. Western Andalucia will continue to experience heavy showers, but temperatures will remain in the mid-teens.

In Madrid, temperatures could dip into single figures, as will much of northern Spain, although Barcelona could escape showers and remain in the low-teens.

The Belearics will stay dry and in the mid-teens, and the Canaries in the high-teens with the chance of thunderstorms in the evening.