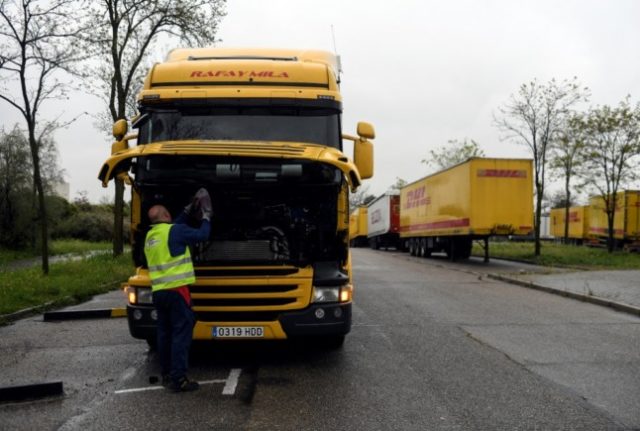 Transport workers in Spain are threatening to go on strike for three days before Christmas, making it impossible for countless deliveries to be carried out. Photo: Oscar del Pozo/AFP

Spain has recently seen a wave of industrial action. There have been violent clashes between police and metalworkers in the southern city of Cádiz, as 25,000 walked out, and everyone from farmers to cleaners have been calling strikes across the country.

The latest round of proposed strike action, however, could be felt more severely by consumers and Christmas deliveries might be affected.

On Thursday December 16th, the Spanish Confederation of Merchandise Transport(CETM) gave its support to the proposed strike, called for by transport workers and lorry drivers for December 20th, 21st, and 22nd.

CETM representatives said that despite some small progress in negotiations between the National Committee of Road Transport (CNTC) who called the strike, and Spain’s Ministry of Transport, a resolution was nowhere in sight.

Truck drivers demonstrated in the streets of Madrid on Wednesday to highlight the problems suffered by the road haulage sector.

The main concern is the sharp rise in costs (especially fuel), which drivers and small haulage firms often have to pay – into the thousands of euros – themselves.

Other demands include a ban on loading and unloading vehicles, the issue of tolls, and more safe rest areas on Spain’s motorways.

Hauliers say the sector is mostly small companies and self-employed workers with little bargaining power, but the drivers themselves are not the only small or self-employed businesses that will be affected in the supply chain.

Its president, Eduardo Abad, estimates that the strike could cause losses of up to €3.6 billion to small businesses throughout Spain.

He believes some 600,000 retail businesses in Spain are dependent on sales during the Christmas period, and that most, if not all, would see 20 percent of their turnover for the entire year put at risk.

In Spain’s Canary Islands, a two-and-half hour flight from Madrid, customs workers in the archipelago’s ports have joined the strike and around 1,000 container crates are expected to be held up due to worker inaction.

In preparation for the strike action, many manufacturers, distributors and small retailers have anticipated the possible disruption and increased the backlog stock of products in their warehouses in advance.

This can’t be done for all products, however, such as fresh products like seafood – a customary Christmas meal for millions of Spanish families across the country – so there could still be supply and delivery issues with products with shorter expiry dates, despite businesses preparing in advance.

Similarly, and crucially for another Christmas period during the Covid-19 pandemic, the strike action could also affect online retail.

Millions do their shopping online at this time of year, whether to avoid the queues, or other people in general, buy last minute bargains, or to make use of services like next day delivery.

But all of these advantages could be undone if hauliers won’t move their products and presents around, and an agreement seems unlikely with time running out.

With only a week left until Christmas, the proposed strike days will potentially affect people who place their orders before December 20th, 21st and 22nd – depending on the product, their location and of course luck.

Haulier groups are advocating a “negotiating spirit” in order to try and find a resolution, but are waiting for the government to make a concrete proposal for a meeting in writing, with detailed content that address their demands. 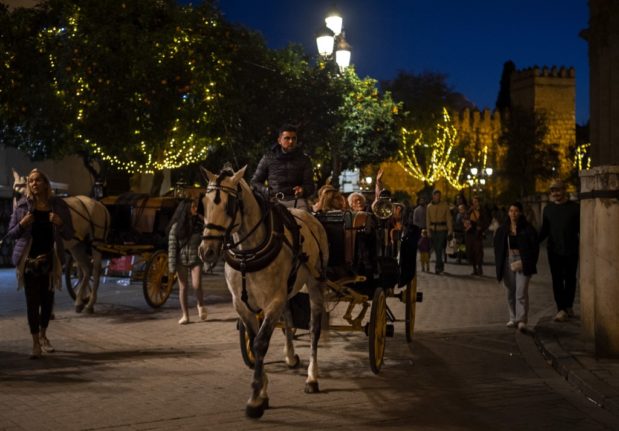 LIFE IN SPAIN
Is December 26th a public holiday in Spain?
Url copied to clipboard!