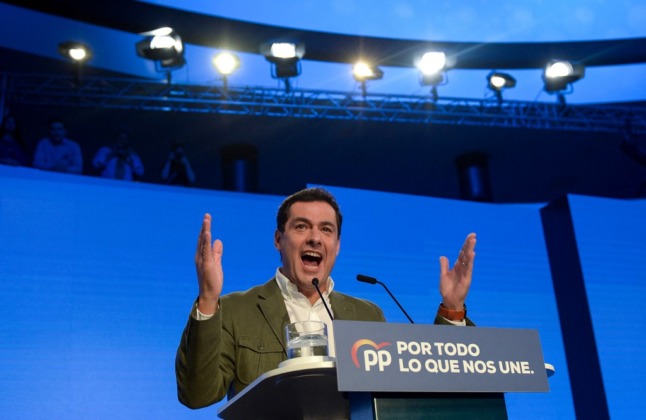 Andalusia's president Juanma Moreno wants to "unravel the bureaucratic tangle that unfortunately we have in our land". Photo: Cristina Quicler/AFP

Andalusia’s Governing Council has given the green light to its new Decree Law of Administrative Simplification.

A total of 80 laws and other regional decrees will be modified and simplified in what’s been dubbed “the most ambitious measure ever proposed in the history of the region” by regional president Juanma Moreno.

This, together with the simplification of 400 processes in two previous decrees in 2020 and 2021 “make Andalusia the least bureaucratic region in the country” and put a stop to the “bureaucratic hell and obstacle course” that discourages investment, startup creation and more jobs, the Junta leader added.

Although the Andalusian government has not yet given full details on all the official processes which will be simplified, it’s a case of “unravelling the regulatory tangle that unfortunately we have in our land” for Moreno.

In practice, it will mean fewer documents are required for permits, that processes are scrapped altogether or simplified in order to make the region’s economic and bureaucratic machine flow faster and with more ease.

In a July 2021 article, national newspaper ABC asked whether Andalusia had too many public workers: “teachers, health workers, firemen, police officers…they’re professionals that are essential for life in Andalusia.

“But maybe not so much those who handle documentation for an employment plan, civil servants who file benefits applications, public staff who publish the official regional bulletin” and so on.

In another 2021 ABC article, the right-leaning newspaper criticised the “excessive wages” of some officials in Andalusia and the high number of overfunded yet ineffective publicly-funded projects.

It’s a well-known fact that Spain can be a nightmare when it comes to bureaucracy, and it’s one of the main pet peeves of foreigners who struggle to understand why getting things done has to be so complicated.

Public administrations and the way official matters are handled in Spain are clearly in desperate need of an overhaul, as getting a civil servant position for many people means a job for life with a high degree of impunity, especially if they hold a high position.

Around 30 percent of the €140 billion in recovery funds that the EU will allocate to Spain will go to the country’s digital transformation, which should help to further simplify official matters in Spain by being able to do much more online.