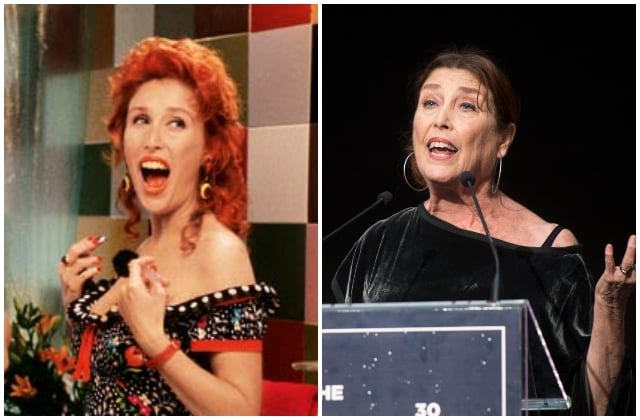 Forqué was one of Spain's most popular actors during the 80s and 90s. Screenshot: Kika. Photo: Dani Pozo/Wikipedia

Forqué, who turned 66 on December 1st, was one of Spain’s most popular actresses during the 1980s and 1990s, appearing in many comedies.

“She committed suicide at her home,” a police spokesman told AFP without giving further details.

She won the best actress prize in 1994 at the Goya Awards, Spain’s top film honours, for her role in “Kika” as a young make-up artist who starts a relationship with the stepson of a philandering American writer.

Forqué also appeared in Almodovar’s 1984 film “What Have I Done to Deserve This?”, his first movie to be released theatrically in the United States, and his 1986 “Matador”.

Spanish actor Antonio Banderas, who appeared in “Matador” alongside her, expressed his condolences on Twitter.

“Goodbye Veronica Forqué. I worked with her several years ago and I remember a sweet, spiritual woman and a very good work colleague,” he wrote shortly after news of her death broke.

Rest in peace Veronica Forque (1955-2021), one of the great Spanish actresses of film, theater and television, who worked with directors like Fernando Colomo, Luis G. Berlanga and Pedro Almodovar in films like 'What have I done to deserve this?', 'Matador', and 'Kika'. pic.twitter.com/Gpb0OosgWc

The daughter of a director and a writer, Forqué began her studies in psychology but ultimately switched to drama.

She worked with “some of the most important directors in Spanish cinema”, including Luis Garcia Berlanga and Antonio Mercero, in addition to Almodovar, according to the Spanish culture ministry’s website.

Forqué also appeared in theatres and on television, most recently in the celebrity edition of the Spanish version of cooking competition “MasterChef Celebrity”. 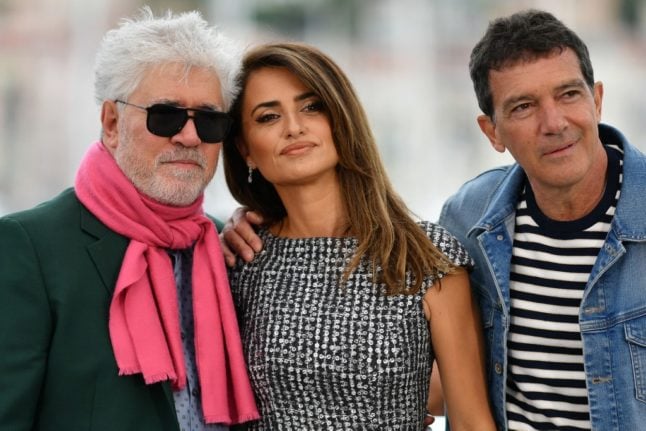 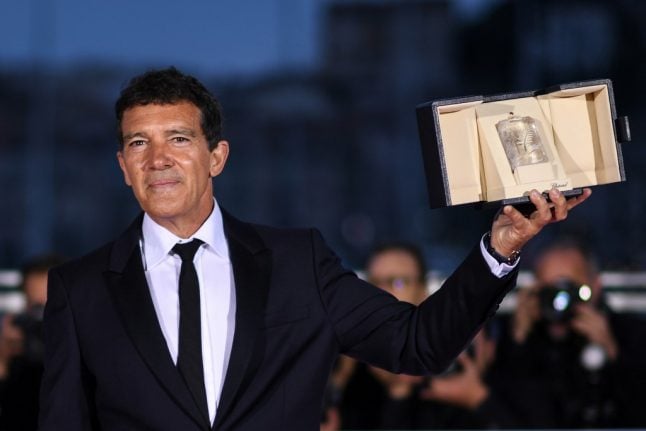 When Bardem and Cruz, who have been married for over a decade, were both nominated for Oscars, the 53-year-old actor could hardly contain his excitement.

“The fact that (Penélope’s) nomination was for a role in Spanish… seems really extraordinary, even historic in terms of the Spanish brand,” he said in February.

Unlike other countries with a long and distinguished history of cinema, Spain has struggled to establish itself on the international stage.

So far, Luis Buñuel has been the only Spanish director to win the coveted Palme D’Or at Cannes Film Festival for his provocative 1961 feature “Viridiana”.

But all that is changing, with Spanish cinema increasingly recognised for its contribution to the silver screen, the most recent being Carla Simón’s triumph at this year’s Berlinale where she took the top prize for “Alcarras” (2022), a Catalan drama about peach farmers. 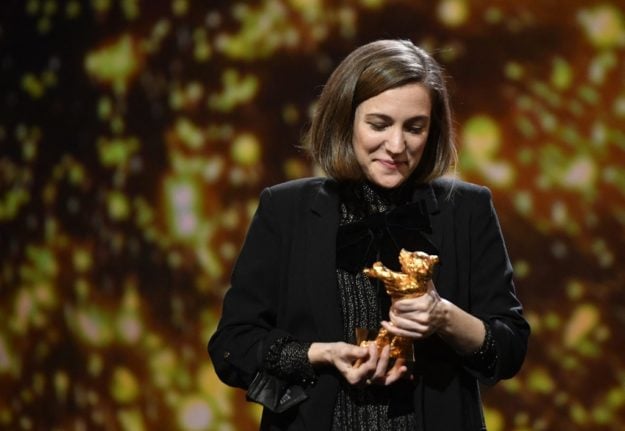 Spanish director and screenwriter Carla Simón speaks after being awarded the Golden Bear for Best Film award for the film “Alcarras” during the awards ceremony of the 72nd Berlinale Film Festival in Berlin on February 16th 2022. (Photo by Stefanie LOOS / AFP)

And according to Variety magazine, Cruz is rumoured to be in the running for president of the jury at Cannes, an honour already bestowed upon the legendary Pedro Almodóvar, by far Spain’s best-known filmmaker.

Cruz herself is the only Spanish actress ever to win an Oscar, taking home the gong in 2009 for best supporting actress in the Woody Allen comedy “Vicky Cristina Barcelona”.

And if she wins best actress at the Oscars later this month for Almodóvar’s “Parallel Mothers”, it will be a coup for a film entirely “Made in Spain”, whose soundtrack has also been nominated for best original score.

Years of work by film schools

The score was written by Basque composer Alberto Iglesias, who has worked with Almodóvar for two decades on 13 of his films. This is the fourth time an Iglesias soundtrack has been nominated for an Oscar.

For him, there is “strong momentum” within Spanish cinema.

“There is an energy… it has to do with the film schools that have been working for a long time to create new filmmakers,” he told AFP.

“It has been really difficult for Spanish cinema to cross the threshold and get into these big international festivals,” explains Pilar Martinez-Vasseur, director of the Spanish Film Festival in the French city of Nantes.

Spanish films which have received acclaim abroad are often not identified as such, she said, pointing to the 2001 psychological thriller “The Others” starring Nicole Kidman which was directed by Spain’s Alejandro Amenábar.

“In Spain, we still have the idea that Spanish cinema is bad, that it’s a nest of communists, that filmmakers are pampered, they do nothing and get subsidies,” she said, calling for greater support from the government.

Spanish cinema has had to “learn how to break into a globalised ecosystem,” said Beatriz Navas who heads the Institute of Cinematography and Audiovisual Arts (ICAA), which is subsidised by the culture ministry.

“This hasn’t happened overnight because you need some sort of ‘greenhouse’ environment where filmmakers can work with freedom,” she told AFP.

“And the ‘incubation time’ needs to be sufficient for these productions to achieve the recognition and prestige they deserve.” 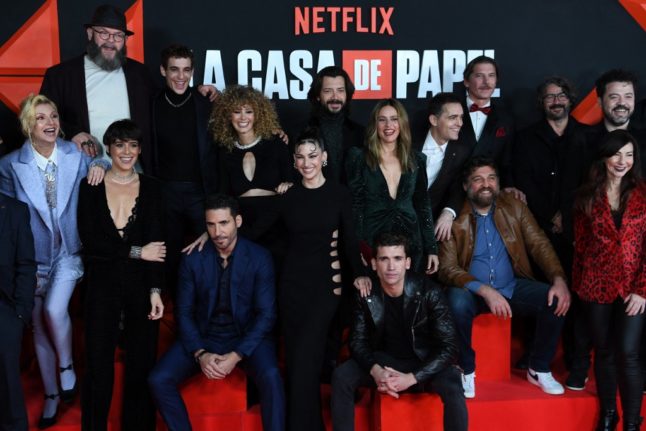 As well as Cruz, Bardem and Iglesias, Spain also has a fourth horse in the Oscar race in the shape of Alberto Mielgo’s “The Windshield Wiper” which has been nominated for best animated short film.

“This is the best moment for Spanish cinema,” said José Luis Rebordinos, director of the prestigious San Sebastian film festival.

“We are making a lot of cinema and audiovisual productions in Spain, as well as for streaming platforms which is bringing a lot of work so Spanish film technicians are getting better and better,” he said.

Spain’s Western-friendly landscapes have drawn Hollywood directors since the 1960s and is becoming an increasingly popular destination for filming series — Netflix, which set up its first European studios in Madrid in 2019, scored huge hits with “Money Heist” and “Elite”.

Last year, the government said it wanted Spain to become Europe’s “audiovisual hub”, pledging to inject 1.6 billion euros to expand the film and TV production sector by 30 percent by 2025.

“International critics are increasingly focusing on our cinematic output thanks to figures like Almodóvar, Javier Bardem and Penélope Cruz,” said Rebordinos.

“They are finding ways to draw more attention to Spanish cinema.” 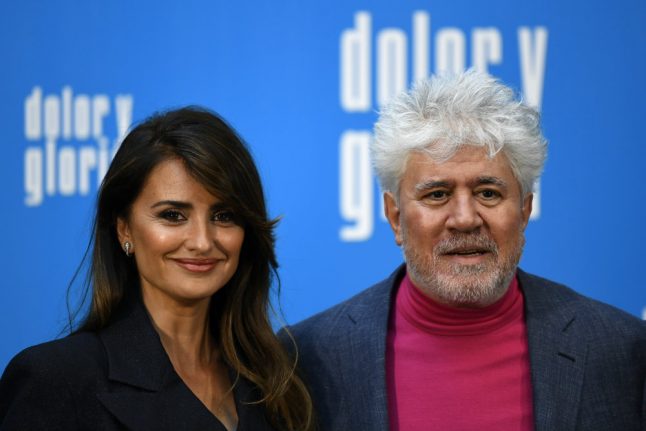 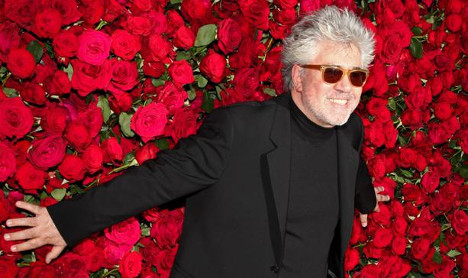