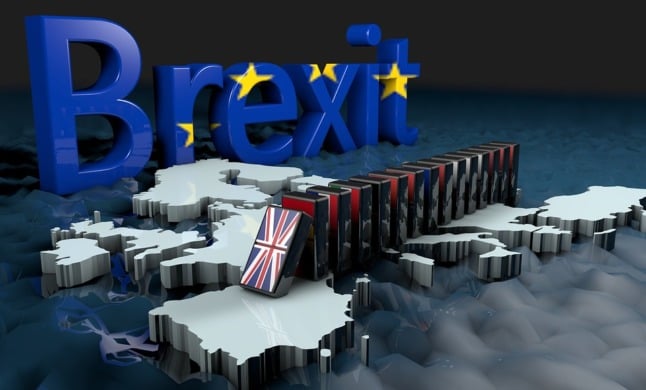 The fallout from Brexit continues to widen for many British nationals in Spain. Photo: daniel_diaz_bardillo/Pixabay

The British Embassy in Madrid has reminded Britons to make sure they submit the correct information on their Spanish residency applications and to make sure they use legitimate gestores to help them with the process.

“The Spanish authorities have asked us to warn UK Nationals against submitting fraudulent residency applications – either directly or through a third party,” wrote the UK Embassy in a Facebook post.

“They are particularly on the alert for forged healthcare insurance, padrón certificates and lease contracts, as well as people falsely claiming student status.”

The last reported case of a gestoría which specialised in targeting non-EU citizens with the promise of ‘fixing’ any application was in August.

They operated in Madrid, Murcia, Alicante, Valencia, Toledo and León, with the leader of the organisation posing as a lawyer specialized in immigration procedures.

This can be particularly problematic for duped clients who hand over their digital details to the fraudsters, in effect incriminating themselves as police assume they are carrying out the fraud.

“Of course, this only applies to a very small minority, but it is a useful reminder that if you are using a gestor, do make sure they are as reputable as possible,” the UK Embassy clarifies, recommending that Brits instead choose from the British Government’s online database of registered gestores or from a personal recommendation you trust.

For the past few months, one of Spain’s middle-sized banks – Cajamar – has been sending emails to their British customers asking them to show their TIE card or else risk having their account closed.

This posed a serious problem to British residents in Spain who still hold the old green residency documents which are still valid according to Spanish authorities, even though UK nationals who were residents in Spain before December 31st 2020 are now being strongly encouraged to exchange them for TIEs.

Head of citizen help group Brexpats in Spain Anne Hernández was among those affected. She took it upon herself to clarify to Cajamar’s board that holders of the “Certificado de Registro de Ciudadano de la Unión Europea” are not obliged to exchange their documents for TIEs.

Hernández told The Local Spain that following her formal complaint Cajamar has since withdrawn this requirement, in light of the official Spanish government document which clearly states that Britons’ pre-Brexit green residency documents must be recognised for travel and other purposes.

Despite the win, it showcases yet again the lack of understanding vis-à-vis Britons’ residency documents in Spain after Brexit (not just for travel) and how their change in status to non-EU citizens can have an impact on the rules their Spanish banks apply, legitimate or not.

For the first time since modern records began, Germans have overtaken Britons as the main foreign property buyers in Spain.

According to Spain’s national property registry, German buyers accounted for 10.42 percent of property purchases in the third quarter of 2021, ahead of British buyers (9.82 percent) and French nationals (7.82 percent).

Brexit may not be the only reason for this slump, but the 90-day limit that applies to non-resident second home owners who used to be able to freely split their time between the UK and Spain and now can’t, is likely having an impact.

READ ALSO: Is it true Britons are leaving Spain ‘in droves’ as UK tabloids claim?

The S1 form is essentially proof of entitlement to health cover in Spain for UK state pensioners. It’s funded by the UK government, which reimburses the Spanish health system for the medical costs.

When you have your S1 form from the NHS, you must register it at your local social security office (INSS ) in Spain. The INSS will then give you a social security number and certificate, which you can take to your local health centre and apply for a health card.

As a result of the pandemic, face-to-face applications have not been available across Spain. This has caused a backlog of applications which, added to the confusion surrounding the new rules for Britons as non-EU citizens, have left many British residents of Spain not knowing whether they’ll get Spanish public health cover.

One reader told The Local about the problems she and others have been experiencing in the Torrevieja area of Alicante province when trying to get a Valencian SIP health card.

“I have been living here for 16 years and have free healthcare from the UK.

“When I reached pension age in April, I applied to the UK for my pensioner’s s1, which took 4 months to arrive in Spain.

“Meanwhile, Spain’s Social Security cut off my current SIP public health card and to renew my SIP card I needed a new up-to-date padrón which took three weeks to obtain, and even then I had to first apply for a digital certificate from town hall so I could get my padron online.

As evidenced, the process is complicated, and carrying it out online isn’t straightforward as is often the case with official matters in Spain, with everything from digital certificates to updated documentation needed.

“They keep changing the online system, it’s a bit of a nightmare” Anne Hernández of Brexpats in Spain told The Local.

“For example, now the person carrying out the process has to send a selfie in, even if that person is not the UK pensioner applying”.

According to Hernández, face-to-face appointments are slowly opening up across Spain, but this may not be the case for all, many of whom need to ensure they have health cover in Spain as soon as possible.

“Having acquired all my documents for INSS it was then not possible to go to my social security office so this had to be done again online,” the Torrevieja Briton, who has a severe heart condition, continued.

“I have received the receipt of documents from INSS but no sign of authorisation for me to use my SIP health card. I have been told this can take up to 4 months!”

“I’ve also been told I have to pay full price for all my medication.”

Another problem relating to the S1 is that “people applying for Spain’s non-lucrative visa cannot use their S1 as proof of their medical insurance”, Hernández explained.

“You have to have a private insurance.”

“Some of those people are aged 70 or over 65, they might have a pre-existing condition, they can’t get medical insurance.

“But after a year of residency they can cancel their private medical insurance and use their S1 rights. I can’t work out why.”