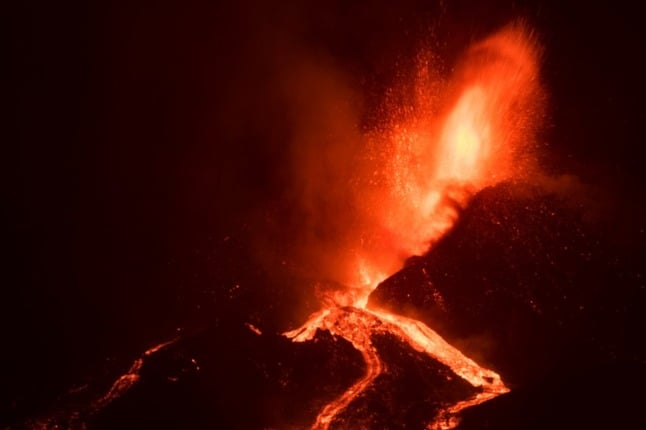 The Cumbre Vieja volcano, pictured from the port of Tazacorte, has spewed lava, ash and smoke for a month in the Canary Island of La Palma. Photo: Jorge Guerrero/AFP

The volcano on one of the Canary Islands off northwest Africa erupted on September 19th, spewing out rivers of lava that have slowly crept towards the sea, covering large areas with ash.

So far no-one has been killed by the continuous lava flows, but the moltencrock has covered 763 hectares (1,885 acres) and destroyed 1,956 buildings, including hundreds of homes, according to the latest Spanish government figures.

After a month of continual eruptions accompanied by minor earthquakes, geologists say they have no idea how much longer it will last.

The volcano was putting out some 10,000 tonnes of sulphur dioxide emissions per day, and to start being considered “extinct” it should emit 400 tonnes or less per day, David Calvo, an expert with the Involcan volcanology institute, told reporters.

The head of the regional government of the archipelago, Angel Victor Torres, said “nobody can say that this is nearing the end.”

About 7,000 people have been evacuated from their homes on the island, which has a population of around 85,000 people.

Calvo said a new lava stream was about 30 metres (100 feet) from the island’s western coast, when its interaction with the seawater will send clouds of acidic, toxic gas into the air which can be dangerous to inhale as it already did last month.

The slow-moving lava — which has a temperature of 1,100 degrees Celsius (2,012 degrees Fahrenheit) – – was expected to start falling into the water later on Tuesday and would likely lead officials to order area residents to stay indoors, he added.

This is the Atlantic island’s third volcanic eruption in a century, the last one taking place in 1971. 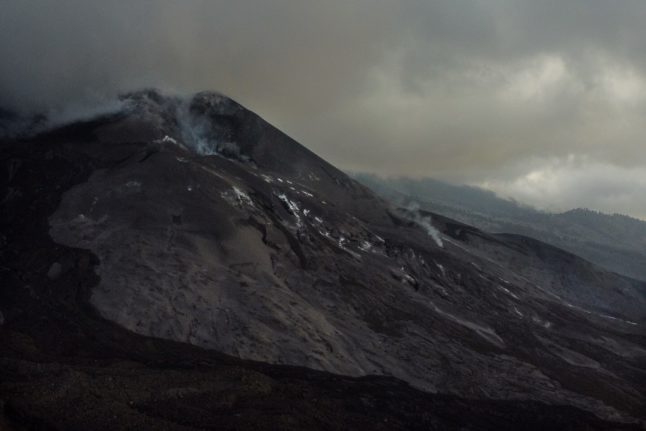 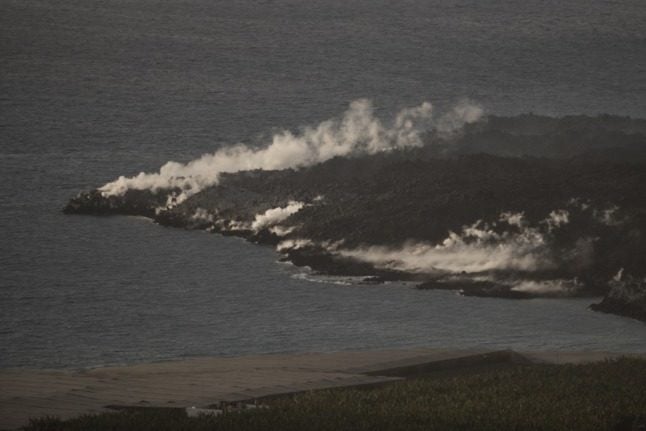