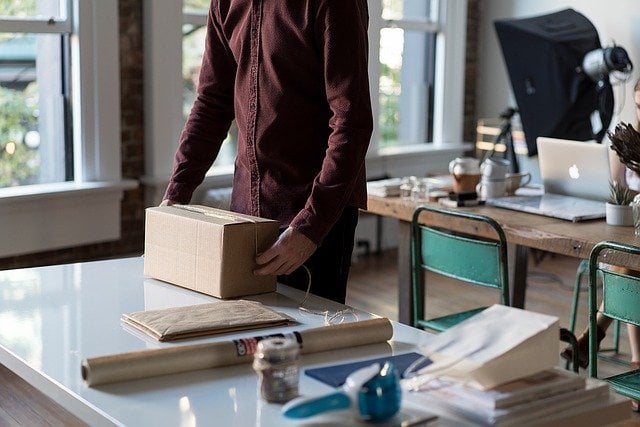 New EU regulations mean people now have to pay VAT charges to receive even small parcels from outside the bloc. Until June 30th, 2021, packages imported into the EU with a value of less than €22 were exempt from import VAT charges. That exemption was abolished on July 1st, meaning that VAT is now due on all goods imported into the bloc.

The EU says the change was made to combat fraud via the widespread under-reporting of the value of goods to dodge the tax, and to make things fairer for companies trading within the EU.

It was supposed to come into effect from the start of January, but was pushed back to July because of pandemic-related delays.

Remember, the abolition of the €22 ‘low-value consignment’ threshold that kicked in from July is an EU-wide regulation that applies to imports from every country outside the EU, not just the UK.

READ ALSO: Why post to and from the UK from Spain is more expensive after Brexit

The UK government has set out a new timetable for introducing full import controls on goods being imported from the EU to the UK.

Full customs declarations and controls will now be introduced on January 1st, 2022 as previously announced, although safety and security declarations will now not be required until July 1st, 2022.

Businesses, particularly those in the agriculture and food sector, have been facing a tough time in recent months. New requirements on importing products of animal origin were due to be introduced from next month, but the UK government has now pushed this back to give businesses more time to adjust.

“Businesses will now have more time to prepare for these controls which will be phased in throughout 2022”, said Minister of State at the Cabinet Office, Lord Frost.

British nationals resident in the EU have become concerned in recent months as their passports have been stamped when returning home from abroad.

British residents in Spain shouldn’t have their passports stamped when they are entering Spain, because they live there and are not limited to the 90-day rule.

When approaching passport control, going either in or out of Spain, you should present both your passport and proof of residency, such as your TIE card or green residency certificate.

Don’t wait to be asked for this, because at busy borders officers will just assume that anyone presenting only a passport is a tourist.

If you do however accidentally get a stamp in your passport, the British Embassy in Spain has said that the stamp does not alter your rights of residency and incorrect stamps do not need to be annulled.

This means that you only have a month and a half left to use your UK driving licence in Spain, even though you can still exchange it for a Spanish one up until the end of the year, if you already registered your intention to do so.

The British Embassy and Consulates regularly hold events across Spain to update British citizens on Brexit news and how it affects them.