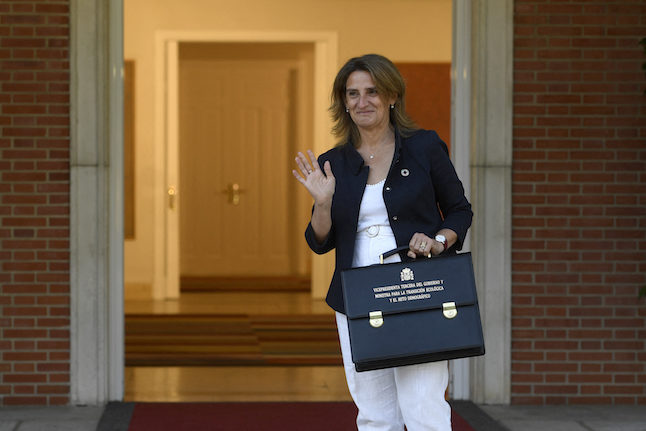 Among the government’s decisions are putting a cap on the price of gas, forcing electricity companies to sell part of the energy they generate at a fixed price, and the extension of tax cuts on electricity bills.

Special tax on electric power has also been dropped from 5.1 percent to 0.5 percent, as promised by Prime Minister Pedro Sánchez during his interview with TVE on Monday.

The government hopes that these new plans will have an immediate impact on electricity bills.

In recent weeks, the increase in the price of electricity has generated significant tensions within the government coalition.

The PSOE had so far opted for tax cuts, while Unidos Podemos proposed the need to create a public company and limit the price of nuclear and hydroelectric energy, something that Ribera had rejected, with the argument that it would violate EU law.

After the announcement by Sánchez on TVE, the Minister of Social Rights and Secretary-General of Podemos, Ione Belarra, said “It’s the best news” that the PSOE “has accepted some proposals” from Podemos to “regulate the market and lower the price of electricity”.

“The government must protect the people against electricity companies that profit from the cost of a basic right,” he concluded. 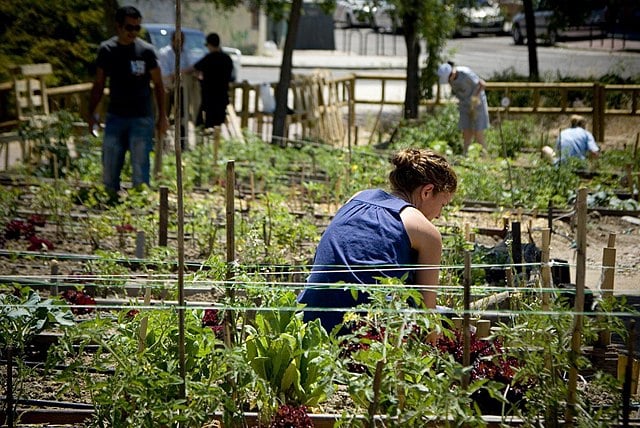 Urban gardens or huertos urbanos have become very popular in Spain’s big cities, so popular in fact that in some of the bigger cities there are now long waiting lists if you want to be able to have your own little vegetable plot.

According to Focus on Spanish Society, a publication edited by Funcas, almost two-thirds of the total population (65 percent) of those in Spain live in apartments, the second-highest number in the EU, after Latvia.

This means that over half of Spaniards don’t have their own gardens, fuelling the need for green spaces in cities where people can fulfill their green-fingered ambitions or simply learn more about the cultivation of vegetables.

Urban gardens were created to meet this demand and have been around in Spain since just after the Second World War. Today, the report on Urban Agriculture in Spain, says that there are over 20,000 allotments around the country.

All of these work slightly differently – some are owned by the city council, others by cultural or social associations and some are private. There are different ways to get involved, from signing up to waitlists provided by your local Ayuntamiento (Town Hall) to paying a monthly fee to rent your own plot or joining a communal garden to work with others, instead of having your own individual space.

Here’s how it works in some of Spain’s main cities, what you need to do and how to get involved.

Barcelona has an extensive network of urban gardens in almost all barrios across the city, even in the very central ones such as Ciutat Vella and Raval.

Barcelona’s Urban Gardens Network is aimed at people over 65 in the city. They must be physically capable of agricultural work and at the time of requesting a plot and must not live with anyone else who has been given one. Part of the program is also reserved for people at risk of social exclusion.

To be able to get your own little garden in Barcelona you must ask at the offices of Atención Ciudadana de los Distritos and bring the original and a copy of your DNI/TIE, as well as a certificate of convivencia, which can also be applied for at the same office. 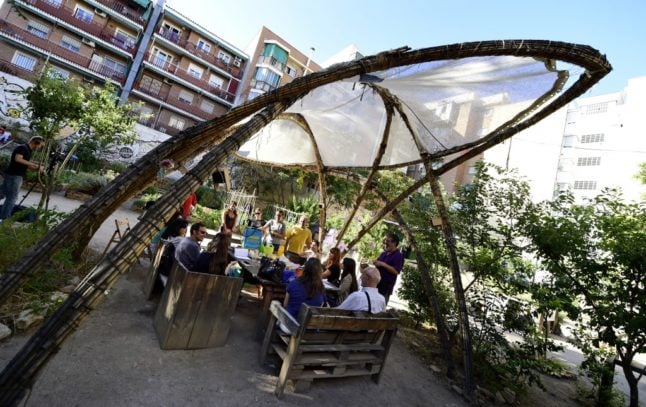 There are 74 urban gardens distributed throughout the Spanish capital, which receive training and advice from the City Council. They are also part of the Network of Ecological School Gardens of Madrid so that kids can learn about gardening and planting vegetables too.

The Network of Urban Gardens of Madrid is an initiative promoted by citizens who are dedicated to community agriculture within the city. On their website, you’ll find a list of each urban garden, as well as details on how to contact, join or rent a plot at each one.

There are several urban gardens located both within Malaga city itself and on its outskirts. While there isn’t a central organisation managing all the urban gardens like in Barcelona, if you want to get involved, you’ll have to contact each one individually.  Some of the best located closest to the city centre are La Yuca, El Caminito and Huerta Dignidad.

El Caminito is one of the most well-known and is located next to the old San Miguel cemetery. It’s managed by the El Caminito association and the main purpose of the project is to raise awareness of environmental issues.  On their website, they state that all you need to do to join in is to show up and be willing to participate. You can also e-mail [email protected] to find out more. 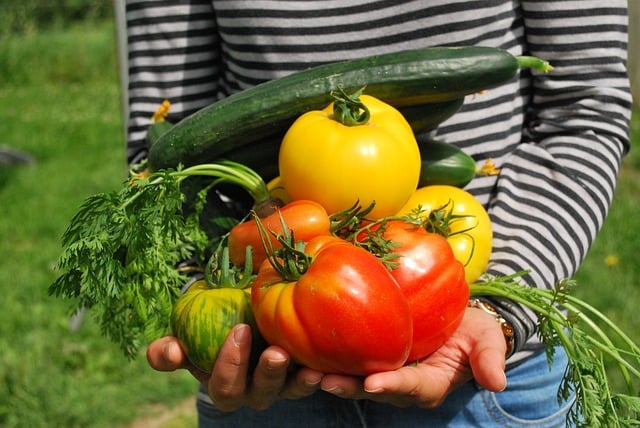 How to get involved with urban gardens in Spain. Photo: jf-gabnor / Pixabay

Parque de la Torre is the largest urban garden in Valencia with a total of 274 plots. There is currently a waitlist to be able to get one, which you can join by contacting them via their website.

Huertos de Benimaclet is a dedicated space of 60 plots for residents of the neighbourhood to grow fruits and vegetables and learn about cultivation and the environment. The cost to join is €22 per year and currently there is a waitlist. You can contact them via their website to sign up.

Hort de la Botja-Velluters grew out of the need for education and including those who were at risk from social exclusion. They have an active Facebook group, through which you can contact them and ask about getting involved. They also organise lots of activities such as those for local children.

El Espai Verd Benicalap is an urban garden and civic centre which was created between 2020 and 2021. It has just 15 plots, as well as an edible forest. The garden is reserved for those who live in the area of Benicalap and join one of the Benicalap barrio associations.

Seville currently has 13 urban gardens within its city limits, located in several of the main neighbourhoods. Click here to find out where they are and information about each one.

There’s also a website dedicated to Huertos Urbanos in Sevilla, which lists events, tours and open days when you can go and help out. You can contact them directly about the availability of renting your own patch or how you can get involved on an ongoing basis.

Just last year, the Ayuntamiento of Seville created 33 new vegetable plots in the Parque Guadaíra. Each one has been given to a different association to manage, so you may find that by joining a local association, you’ll have access to an allotment too.

What if I can’t join an urban garden?

If you’re unable to join an urban garden because the waitlists are too long, you can’t afford to rent a plot yourself or you are in the right age bracket, then remember it’s always possible to create your own mini vegetable patch on your balcony.

No matter how small your balcony is, there’s always room for planters that hang off the edge, where you can grow smaller edible plants such as cherry tomatoes, herbs and small peppers. You can also place pots around the edge to grow various vegetables instead of flowers or traditional house plants.