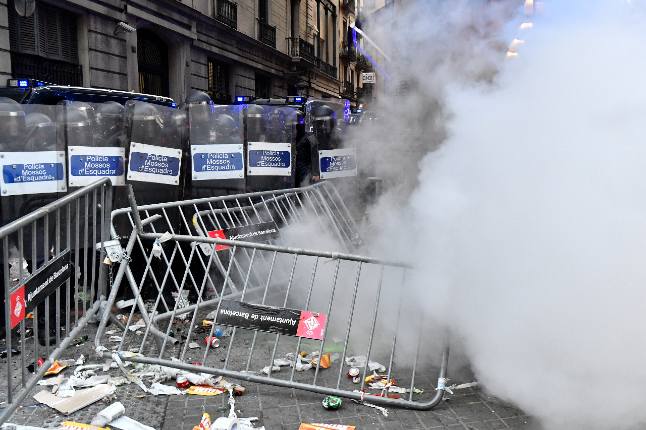 The protests began with people bringing the Estelades, or Senyera estelada, the starred flag of Catalan independence.

Enormous flags were spread out among the crowd, which then travelled in procession along the streets, surrounded by chanting, singing crowds.

Most protestors wore face masks, some in Catalan colours.

Towards the evening, riot officers from the Mossos d’Esquadra, the Catalan police force, began to line the streets, in anticipation of the violence which has broken out towards the end of past protests.

Sporadic clashes with police broke out.

In the evening, protestors lit and threw flares.