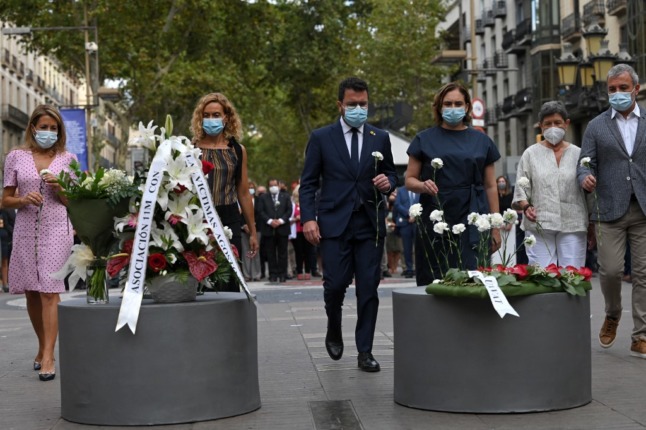 Wearing face masks and maintaining social distance because of the pandemic, dozens of people observed a minute’s silence on the tree-lined Las Ramblas boulevard where on August 17th 2017 a van mowed down pedestrians leaving behind a trail of bodies.

Relatives of the victims laid white carnations in front of a memorial plaque which marks the spot where the van came to a stop.

Among those in attendance was the president of the regional government of Catalonia, Pere Aragonès, and Barcelona mayor Ada Colau.

“Four years after the death of my son, it’s still hard. I think every year it gets harder,” Javier Martínez, father of a three year old who died in the attack, told reporters.

The attacks, which also injured 140 people, were carried out by a cell made up mostly of young people of Moroccan descent who grew up in Catalonia. They were claimed by the Islamic State group. A 22-year-old drove the van down Las Ramblas at high speed before fleeing in a car he stole after killing the driver. He was shot dead by police four days later.

Several hours after the attack, five of his accomplices drove into more pedestrians and stabbed a woman who later died of her injuries in Cambrils, a seaside resort 100 kilometres (60 miles) to the south. All five were shot dead by police.

A Spanish court in May found three men guilty of assisting the perpetrators of the attacks and sentenced them to between eight and 53 years in jail. 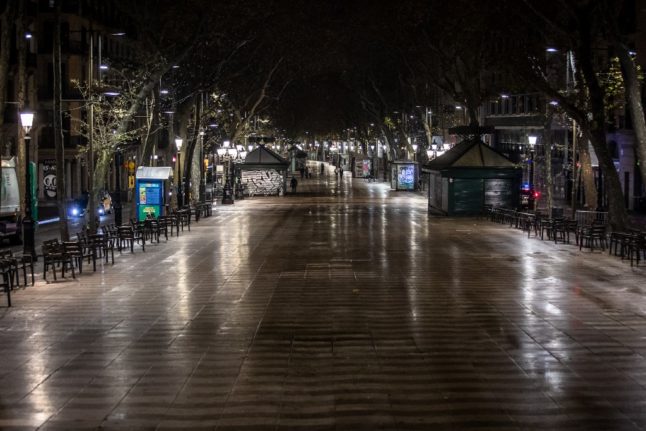