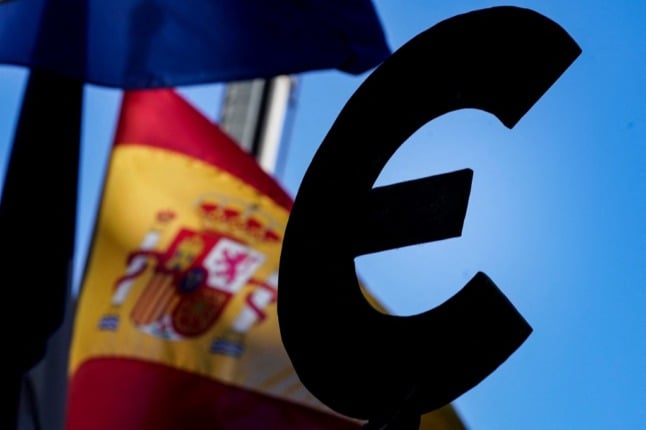 The Spanish national flag flutters in the air near a statue of the Euro logo outside the European Commission building in Brussels. Kenzo TRIBOUILLARD / AFP

With nearly 30 billion euros ($36 billion) of annual losses in 2020 and rising, Spain’s social security budget is one of the biggest contributors to the country’s ballooning public deficit.

The European Commission has long demanded that Spain reform its pension system and has made it a condition for accessing European Union economic recovery funds.

Under a planned reform unveiled earlier this month that aims to get more people to work longer, Spain will give cheques worth up to 12,000 euros ($14,000) per year to retirement-age workers who postpone their retirement.

Retiring early on the other hand would lead to a reduction in monthly payments.

But the reform, which must still be approved by Spain’s fragmented parliament, will also restore the indexation of pensions to inflation.

“Pensioners will no longer have to worry about the evolution of their pension,” socialist Budget Minister Maria Jesus Montero told a news conference last week after the cabinet approved the reform.

A conservative government eliminated indexation in 2013, although in 2018 it hiked pensions in line with inflation following protests by pensioners against their loss of purchasing power.

The 2013 reform also gradually increased the legal retirement age to reach 67 in 2027 from around 65 years currently.

‘Not sustainable’
Rafael Pampillon, head of the economics department at Madrid’s IE Business School, said that raising pensions in line with inflation every year was
“outrageous”.

“The system is not sustainable. Pensions should be frozen,” he told AFP.

Spain has one of the world’s longest life expectancies — around 83 years according to the World Health Organisation — and Europe’s lowest fertility rate after Malta’s.

As a result, the number of youths under the age of 25 who enter the labour market each year is 30 percent less than those over 40, said Pampillon.

Javier Diaz Gimenez, an economics professor at the IESE Business School, said that while other southern European nations like Italy and Greece face the same problem, “in Spain reform has been put off, the consensus has been to deny the problem.”

“People live longer, therefore they cost more, therefore their pensions should be lowered. That is hard because it means not keeping a promise to people who are about to retire” and who expect a certain sum after paying into the system for years, he added.

‘Up in the air’
The government has said that details of the planned pension reform will be ironed out in the autumn.

It will have to adjust payments based on available funds and extended life expectancy.

Social Security Minister Jose Luis Escriva recently sparked an uproar by suggesting that baby boomers — those born in the post-WWII baby boom between 1946 and 1964 — would eventually have to accept lower pensions, and quickly backtracked.

With a general election expected in two years, no party wants to risk alienating the large block of older voters by proposing pension cuts, said Pampillon of the IE Business School.

“Everything is up in the air,” he added.

Jordi Fabregat of the Esade business school said part of the problem is that Spain offers generous public pensions, with monthly payments amounting to 80 percent of a worker’s final salary compared with an average of 55 percent for all of Europe.

“There is not the habit in Spain of saving for retirement,” he added.

The only chance for a deep, sustainable reform of the pension system is if “there is pressure from the European Union,” said Fabregat. 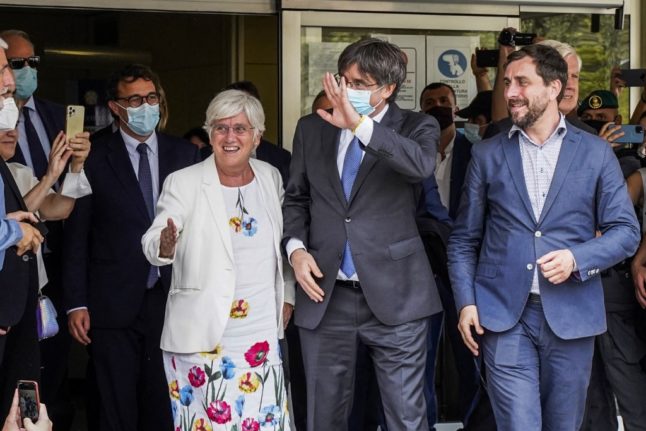 Puigdemont and fellow MEPs Toni Comin and Clara Ponsati face jail in Spain for their roles in organising a banned Catalan independence referendum, and in March the European Parliament stripped them of their legal protection.

But on Tuesday, the vice president of the court issued an order to provisionally “suspend the execution” of the lifting of the immunity while judges prepare to study the case.

“Today we have another positive result,” Puigdemont tweeted, promising to face down Madrid from exile “no matter how uncertain things are and no matter how colossal the strength of the Spanish State. No surrender”.

Puigdemont led efforts by Catalonia’s separatist regional government to stage an independence referendum in October 2017 despite a ban by Madrid. The vote was marred by police violence.

Several weeks later, the Catalan administration issued a short-lived declaration of independence, triggering a political crisis that prompted Puigdemont and several others to flee.

Some Catalan figures who stayed behind were arrested and put on trial, with nine of them jailed for between nine and 13 years.

Although those jailed were pardoned earlier this year, Madrid still wants Puigdemont and the others to face justice over the secession bid. Puigdemont lives in Belgium.

Puigdemont enjoyed immunity for a time after being elected to the European Parliament in 2019, but that was lifted by the parliament in March in a decision upheld in July by the EU’s General Court.

The higher court, the ECJ, will now consider his case. 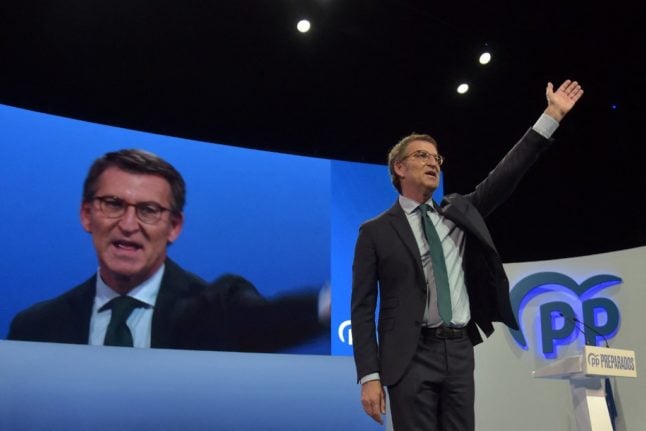 SPANISH POLITICS
Spain’s PP is hot on the heels of PSOE, but will they need Vox to govern?
Url copied to clipboard!