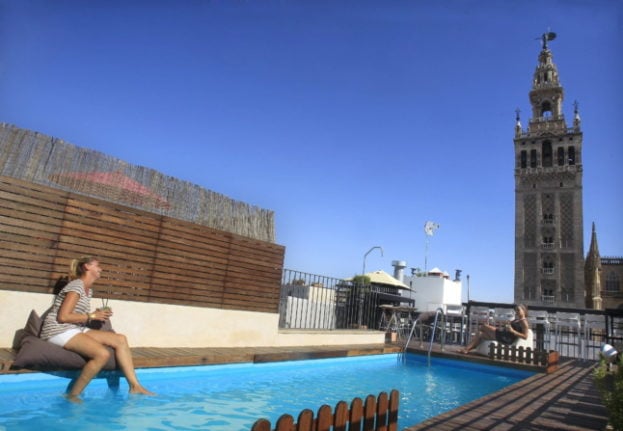 National weather office AEMET issued heat warnings for most of the country, with the thermometer expected to rise above 40C (104F) in Madrid and the southern city of Seville for the second day running.

Spain’s first bout of extreme heat of the year is forecast to spread east on Monday before easing. Only a sliver of Spain’s northern Atlantic coast will be spared.

Some sought respite from the scorching heat in the air conditioned galleries of Madrid’s Prado museum, whose collection includes works by
Rembrandt, Rubens and El Greco.

“We thought this would be a good plan for a day like today,” said Rosa Alfageme, 44, waiting in line to enter the museum with her husband and six-year-old daughter.

“It’s like this every year, we almost forget,” said Alfageme, adding that the family does not have air-conditioning at home.

Others headed to the nearby Retiro park, home to a large artificial lake, or to municipal swimming pools.

Tickets for all the capital’s 19 outdoor swimming pools were sold out on Sunday. Capacity was limited due to virus safety measures.

Meteorologists said the temperature could climb as high as 44C in the Guadalquivir valley near Seville on Sunday.