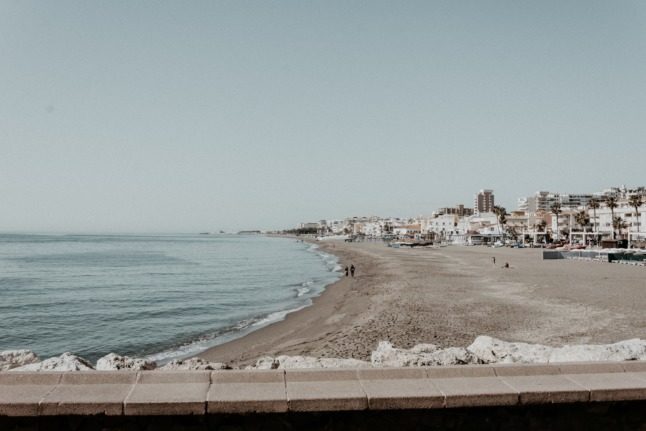 On Monday Spain is due to reopen its borders to travellers who have been vaccinated against Covid-19.

The latest reports say that the June 7th entry date for vaccinated travellers from around the world will be included in a separate BOE state bulletin, which according to government sources will, in theory, be published on Saturday, June 5th, just 48 hours before it comes into effect.

READ ALSO: UPDATE: Has Spain backtracked on its plan to welcome all vaccinated tourists in June 2021?

Already all along the promenade in Torremolinos, hotels and restaurants are reopening or racing to refurbish in anticipation.

“We are already seeing something of a recovery with national clients,” said Orlando Perez, assistant manager of the seafront Melia Costa del Sol hotel which opened its doors on Tuesday June 1st, after being closed for nine months.

With bookings on the rise, this 540-room hotel will next week see its occupancy rate rising to 35 percent.

It’s a long way from the 90 percent occupancy rate of the summer before the pandemic, but like other Spanish hoteliers, Perez is betting the numbers will soar as vaccination programmes in key markets take hold and travel restrictions are further eased.

And the fact that the EU’s vaccine passport will be in place by July 1st, further freeing up travel within the bloc, has added to the sense of optimism. As the world’s second-most popular tourist destination, Spain is expecting to welcome 45 million foreign tourists this year – more than twice the 19 million who visited in 2020 when the global tourism sector was battered by the pandemic.

For Spain, it was the lowest figure since the late 1960s. And the impact can be clearly seen in neighbourhoods further from the beachfront, where it’s easier to find boarded-up shops and hotels.

A lot of uncertainty

Although the pandemic delivered the “harshest blow the city has ever experienced”, Ortiz is hoping tourism activity could reach half of its pre-pandemic levels in June and July.

Domestic tourists have already started coming back since the state of alarm, which restricted inter-regional travel, was lifted in early May.

Before the pandemic, Spaniards accounted for half of the million or so annual visitors to Torremolinos, a city of around 68,000 people.

But one key reason for concern remains. Tourists from Britain, who normally make up a third of visitors to
Torremolinos, are still required to quarantine and take PCR tests on their return home from visiting Spain, which puts many off.

“For some hotels, the British market accounts for 70 percent of all international tourists,” said Javier Hernandez, vice-president of the Costa del Sol‘s Association of Hotel Entrepreneurs. “There is still a lot of uncertainty.”

And Britain’s decision on Thursday to keep Spain off its ‘green list’ of safe countries has caused further angst, with the Exceltur tourism association describing it as “bad news”.

READ ALSO: OFFICIAL: UK keeps all of Spain on its ‘amber’ travel list until late June

The UK travel list is up for review in another three weeks’ time. Even so, there is optimism on the seafront among those working in the tourism sector.

“Things are starting to move again,” said Cristian Martin, 24, who started as a waiter at Pizza Mare three weeks ago. “We’re hoping that by mid-June and July things will start getting back to normal a bit more,” he smiled.

At the Eden Beach Club, groups of people are relaxing in hammocks, sipping mojitos.

“There are very good prospects for the summer, we have been closed but it looks like it’s going to be a good one,” said club owner Antonio Dominguez, quickly reminding a customer to put on his face mask to go to the bathroom.

The venue has also reduced capacity and ensured tables are far apart under its virus protocol.

Hotels have also taken steps to ensure guests have a safe stay. At the Melia, rooms are disinfected and are ventilated for 24 hours between guests and hand gel dispensers are everywhere.

“Security above all,” said Perez, the assistant manager.